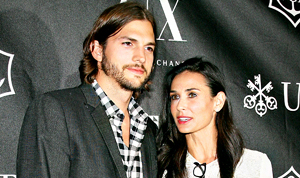 Celebrity News
Check Out Wednesday's Top Stories
Take a look at Us Weekly's most-read stories -- including what Hollywood insiders think of Katherine Heigl -- from Wednesday, Sept. 11

Celebrity News
Mario Lopez Live Tweets Birth of Son -- Then Goes Out to Celebrate
Mario Lopez live-tweeted the birth of his son on Monday, Sept. 9

Celebrity Moms
Aww! Harper Beckham Has Play Date With Molly Sims' Son Brooks
Harper Beckham made a new friend during a trip to an NYC park with dad David on Tuesday, Sept. 10 -- and he's none other than model Molly Sims' son Brooks!

Celebrity News
Katherine Heigl Slammed by Hollywood Insiders: Difficult, "Not Worth It"
In a scathing new story about Katherine Heigl's flagging career, Hollywood insiders slam the actress (and her manager-mother, Nancy) as difficult, demanding and "not worth it"