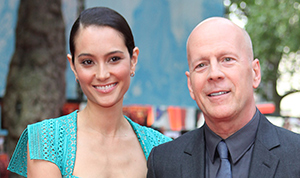 Celebrity News
Bruce Willis, Wife Emma Babymoon Before Baby No. 2 -- Details!
Bruce Willis and his wife Emma Heming-Willis have just returned from a babymoon, Us Weekly confirms; Us exclusively revealed last December the couple is expecting their second child -- get the details

Celebrity News
Dylan Farrow Responds to Dad Woody Allen: He Will Not Silence Me
Dylan Farrow responded to Woody Allen's New York Times piece on Friday, Feb. 7, shortly after he claimed he did not sexually molest her; "Nothing he says or writes can change the truth," she tells Us Weekly