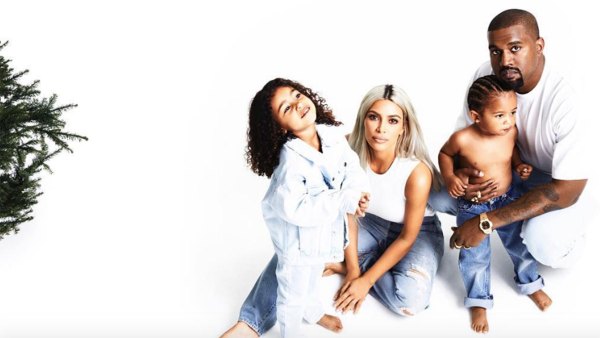 KARDASHIANS
Kardashian Family 2017 Holiday Card: See All the Pics!
It’s a Kardashian Kristmas! As the most wonderful time of the year neared, the Kardashian clan prepared to release their latest holiday card. The famous family is known for their glitzy end-of-the year cards, and they took to social media over the course of December to tease the latest installment through a 25 days of […]

OMG
Where's Kylie? The Kardashian Christmas Card Is Finally Revealed, Twitter Isn't Happy
Where’s Kylie? The Kardashian family Christmas card was finally revealed on December 25 and pregnant Kylie Jenner wasn’t on it. So, of course, the Twitterverse had something to say about it. The reality TV family appeared to be teasing fans with a slow and tantalizing 25 days of Christmas reveal that began on December 1, […]

Legal Trouble
Luann de Lesseps Wears Handcuffs During Court Appearance After Arrest: Video
Luann de Lesseps appeared in court wearing handcuffs after her arrest for battery of a police officer and resisting arrest in Palm Beach, Florida, on Sunday, December 24. In a video posted by NBC News, the Real Housewives of New York star, 52, appeared before a judge wearing a floral print dress hours after her […]

Engagements
Golfer Jordan Spieth and Annie Verret Are Engaged: Report
Golfer Jordan Spieth and his longtime girlfriend, Annie Verret, appear to be engaged after a photo of her sporting an engagement ring circulated on social media on Sunday, December 24. The three-time major champion, 24, is pictured smiling in the photo with Verret, who is holding her hand up to her face and showing off […]

Holidays With Us
Pregnant Kylie Jenner and Rob Kardashian Celebrate Christmas With Family: Photos
There they are! After keeping a low profile in recent months, pregnant Kylie Jenner and her half-brother Rob Kardashian celebrated Christmas with their family on Monday, December 25. In Snapchat videos posted by pregnant Khloé Kardashian, Kylie, who’s expecting her first child with rapper boyfriend Travis Scott, kept her baby bump hidden as she posed […]

RIP
'Sound of Music' Actress Heather Menzies-Urich Dead at 68
Heather Menzies-Urich, who played Louisa in The Sound of Music died on Sunday, December 24, at the age of 68. The widow of Vegas actor Robert Urich, who died in 2002, had recently been diagnosed with cancer, Variety reports. Her son Ryan Urich said his mother died on Christmas Eve, surrounded by her children and […]

Royals
Meghan Markle Joins Prince Harry and the Royal Family for Christmas Service: Pics
Welcome to the family! Meghan Markle joined her fiancé, Prince Harry, Prince William, Duchess Kate and other members of the royal family for their annual Christmas church service at Sandringham on Monday, December 25. The future member of the British royal family, 36, wore a $1295 camel wrap coat by Sentaler (that has already sold […]

Movies
‘Molly’s Game’ Review: Go All In on Jessica Chastain’s True-Life Drama
(3.5 stars out of 4) I don’t know the first thing about poker. It’s important to state this upfront because going into Molly’s Game — the fantastic new Aaron Sorkin movie about the ultimate card shark — I was worried about keeping up with spitfire talk of flops and rivers. Now that I’ve seen it, […]