Pressing pause! Prince Harry and Meghan Markle don’t have immediate plans to give their son, Archie, a sibling.

“They’ll be trying in earnest pretty soon,” a source reveals exclusively in the new issue of Us Weekly. “They just want to get firmly settled into their new surroundings first and give Archie as much attention as they can.”

The insider adds of the pair, who moved to Canada in January: “They’re still enjoying these precious early days with him. They’re committed to having another baby, but don’t want to put too much pressure on the situation.”

The Suits alum gave birth in May 2019 and has been loving life with her and the former military pilot’s little one ever since.

“He’s a strong baby and you can tell he’s super smart,” another source told Us exclusively of the 10-month-old’s milestones in November 2019. “He can sit up without support and roll over, and he’s almost crawling. He can’t talk yet, but he’s trying!”

Not only is Archie a “happy baby [who] rarely cries,” but “he takes a keen interest in his surrounding and is already engaging and interacting with people,” the insider said at the time. “He loves to be entertained. And he isn’t a needy baby — he’ll happily go to Harry and Meghan’s friends without kicking up a fuss.”

In September 2015, the Los Angeles native opened up about hoping to have a baby girl in the future.

Royal Family: Meet the Next Generation

“I’ve always coveted the Cartier French Tank watch. When I found out Suits had been picked up for our third season — which at the time felt like such a milestone — I totally splurged and bought the two-tone version,” the former actress told Hello! magazine at the time. “I had it engraved on the back, ‘To M.M. From M.M.’ and I plan to give it to my daughter one day. That’s what makes pieces special, the connection you have to them.” 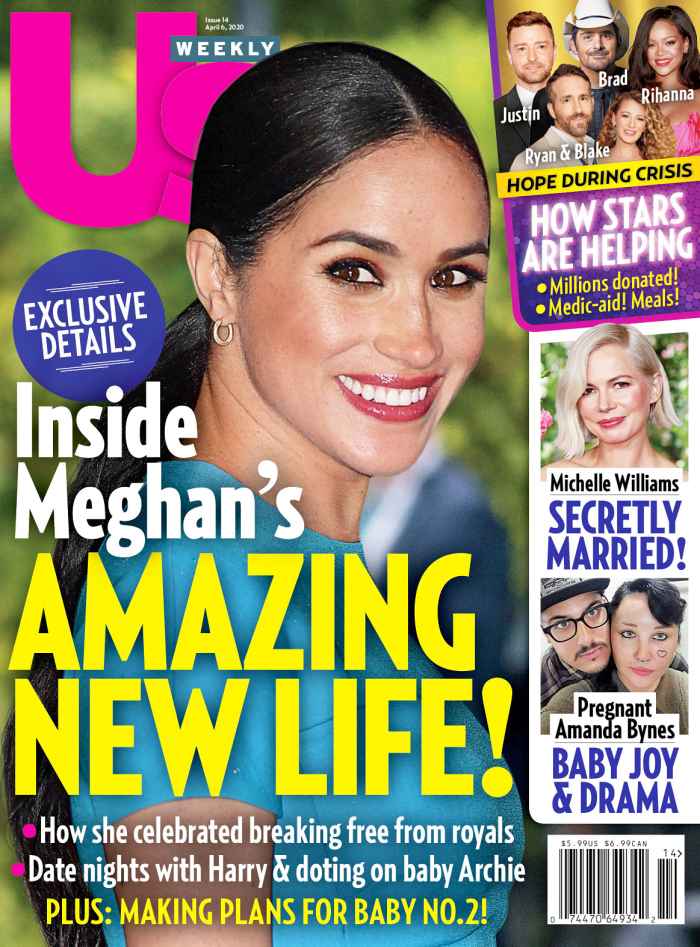 She and the duke, 35, announced their decision in January to step back from their duties as senior members of the royal family.

For more on Meghan and Harry’s family plans, watch the video above and check out the latest issue of Us Weekly, on newsstands now.

With reporting by Natalie Posner and James Robertson

Listen on Spotify to Teen Mom Time as each week as we discuss everything about your favorite MTV franchise!