Angelina Jolie saw it as a fresh start. Following her September 2016 filing for divorce from Brad Pitt, she and their six children spent nine months living out of suitcases in various Malibu rentals. But in June, the actress, 42, along with Maddox, 16, Pax, 13, Zahara, 12, Shiloh, 11 and 9-year-old twins Knox and Vivienne, unpacked in a newly purchased 11,000 square-foot mansion in L.A.’s Los Feliz neighborhood. Calling the six-bedroom, 10-bathroom estate “a big jump forward for us,” in the September issue of Vanity Fair, the Oscar winner said, “We’re all trying our best to heal our family.”

They may be headed for a full recovery. Nearly a year after Jolie separated from Pitt — following a much-discussed, dramatic plane trip where the actor, 53, and Maddox reportedly got into a heated altercation — she’s second-guessing her choice, a source reveals in the new issue of Us Weekly. “The divorce is off,” says the source. “They haven’t done anything to move it forward in several months and no one thinks they are ever going to.”

Jolie’s indecision is shocking considering her behavior in the immediate aftermath of the split. Fed up with the War Machine star after years of fighting, claims one insider, she set out to paint him as a villain. At the time, the insider alleged that people in Jolie’s inner circle were “running a smear campaign” against the actor, who was accused of infidelity and physical abuse. But in the months that followed, Jolie’s passion for her partner of 12 years led her to regret her decisions. Explains the source, “She’s still so in love with him.”

Her change of heart coincided with Pitt’s own about-face. The actor, who confessed to GQ he was “boozing” so much that he “could drink a Russian under the table with his own vodka,” gave up alcohol cold turkey. (In the May cover story, he noted he’d been sticking to cranberry juice and fizzy water for the prior six months.)

As he fought for joint custody of their children, Pitt also faced his own parental shortcomings. “I grew up with a father-knows-best/war mentality — the father is all-powerful, superstrong — instead of really knowing the man and his own self-doubt and struggles,” the two-time Golden Globe winner, raised in a conservative home in Springfield, Missouri, explained to the mag. “And it’s hit me smack in the face with our divorce: I gotta be more. I gotta be more for them. I have to show them. And I haven’t been great at it.”

His determination to improve himself warmed Jolie. The United Nations special envoy for refugees had confessed to friends that she’d consider taking Pitt back “if he showed he was committed to raising a family,” says a Jolie pal. 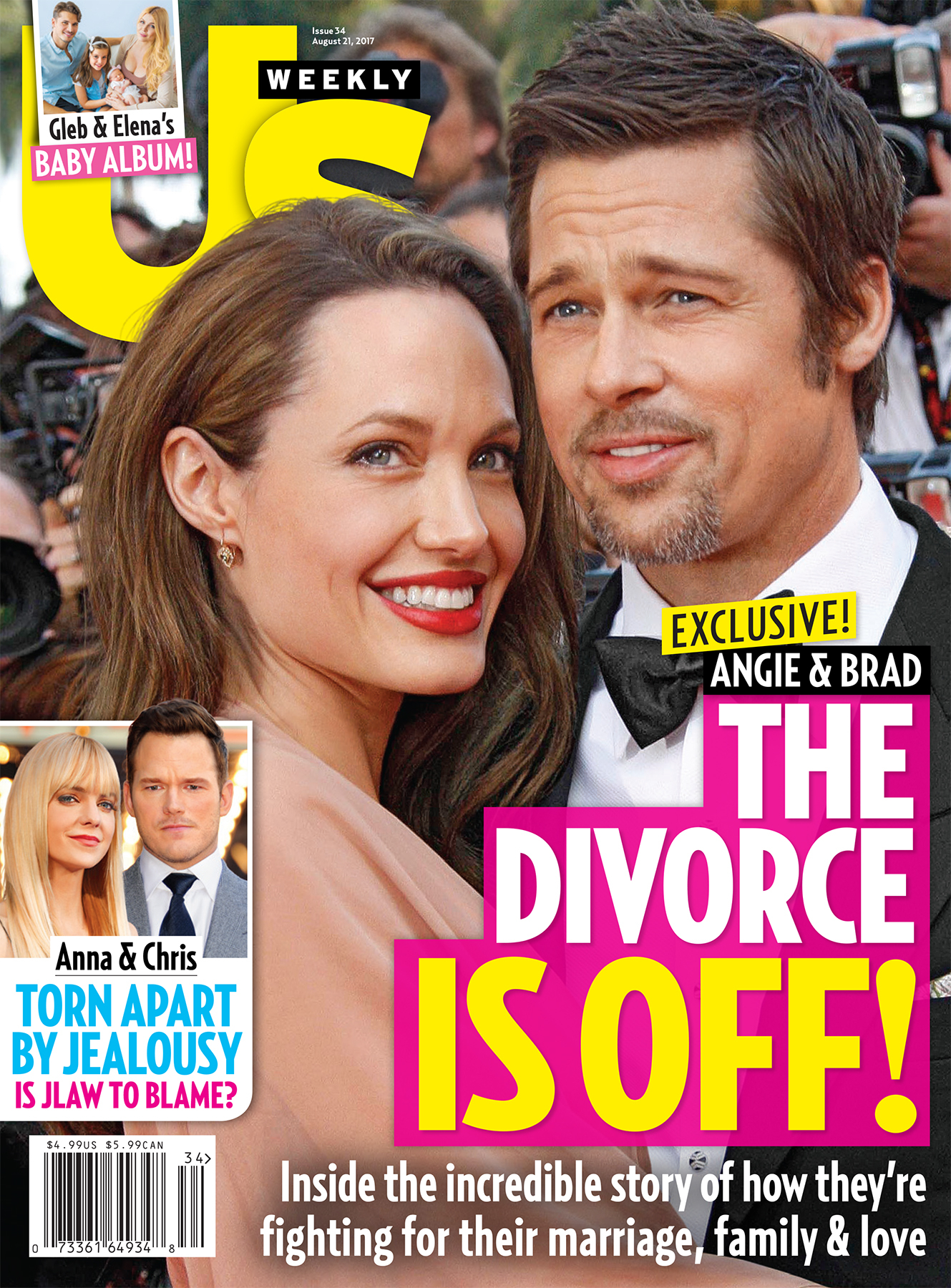 And his decision to ditch alcohol was a great first step. “He got sober to try and win her back,” explains the source. “He knew he had a problem that he had to take care of. And that’s all she ever wanted.”

With the divorce currently in limbo, the source says the couple could make the next step together. “Everyone thinks they are going to get back together,” says the source. “It wouldn’t be surprising if they announced that they’re calling it off and trying to work things out.”

For more on Jolie’s change of heart, pick up the new issue of Us Weekly, on newsstands now!