Your Horoscope: What’s in Store for You This Week!
‘Good Morning America’ Anchor Amy Robach Has Worked Hard For Her Money: Find Out Her Net Worth
Rob Kardashian’s Weight Loss Photos Through the Years Will Have You Rooting for Him
END_OF_DOCUMENT_TOKEN_TO_BE_REPLACED

A source tells Us that the Oscar-winning actor, 77, and Pitt, 52, have remained close over the years since the couple got together in 2005.

PHOTOS: Angelina Jolie and Brad Pitt's Relationship in Their Own Words

“[Pitt] told her dad that what he loves about her is how passionate and extreme she is,” the source says. “He’s been drawn to that.”

The Ray Donovan star has had some choice words to his son-in-law about his world-famous daughter, however. In their discussions, Voight has told Pitt that Jolie, 41, is “erratic” like her mother, the late Marcheline Bertrand, the insider says.

Jolie was always close to Bertrand, who died at age 56 from ovarian cancer in 2007. (Voight and Bertrand were married from 1971 to 1980.) The Maleficent actress and Voight, meanwhile, have had a well-known bumpy relationship punctuated by long periods of estrangement. In fact, Jolie isn’t happy that he’s been giving Pitt advice.

“She is really pissed at her dad,” the insider tells Us. “She is really bothered that he is talking to Brad. … Angelina is speaking to [Voight] but not a lot and not telling him hardly anything because she doesn’t trust him.”

As previously reported, Jolie filed for divorce on September 19, after two years of marriage. Jolie was given temporary physically custody of their children — Maddox, 15, Pax, 12, Zahara, 11, Shiloh, 10, and 8-year-old twins Knox and Vivienne — although the pair continue to share legal custody.

Pitt reunited with their kids October 8 for the first time since the divorce filing. However, as Us exclusively revealed, Maddox was not in attendance. 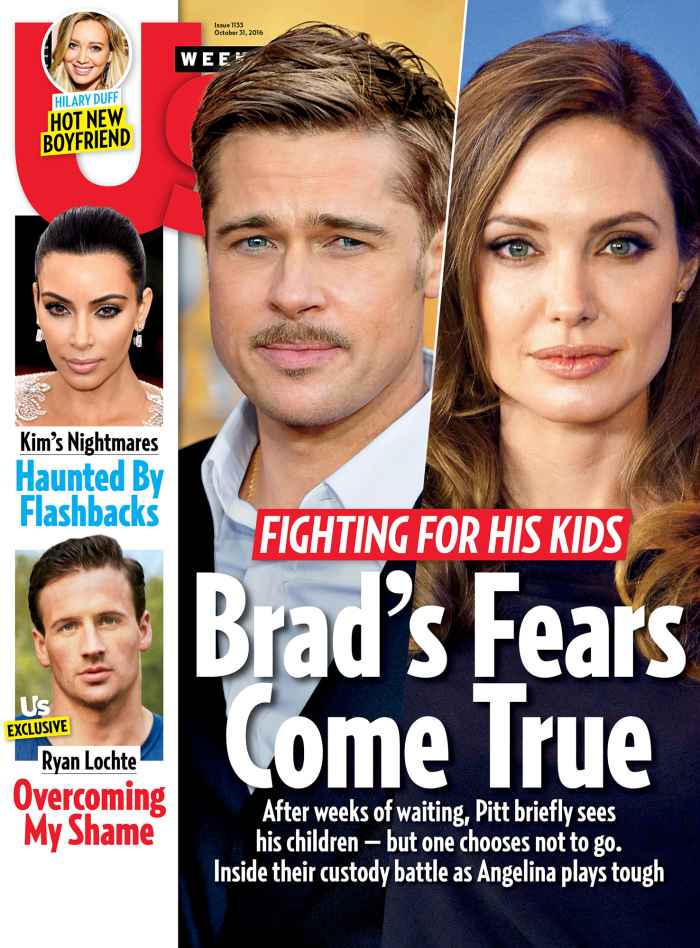 “He chose not to go and stayed with Angie,” a Jolie confidant told Us. A source added: “It wasn’t full of joy and happiness.”

For more on Brangelina’s split, pick up the new issue of Us Weekly, on stands now.

Your Horoscope: What’s in Store for You This Week!
‘Good Morning America’ Anchor Amy Robach Has Worked Hard For Her Money: Find Out Her Net Worth
Rob Kardashian’s Weight Loss Photos Through the Years Will Have You Rooting for Him
END_OF_DOCUMENT_TOKEN_TO_BE_REPLACED