CNN reporter Alisyn Camerota couldn’t hide her frustration with a group of Donald Trump supporters after they falsely claimed that there was widespread voting fraud in California. Watch her reaction in the clip above.

In a segment that aired Thursday, December 1, Camerota met with a group of five Trump supporters who she had spoken with throughout the campaign to hear if they still agreed with several of the President-elect’s controversial stances. One woman said, “Voting is a privilege in this country, and you need to be legal — not like in California, where 3 million illegals voted.”

When Camerota, the host of CNN’s New Day, questioned where she was getting this information, the female Trump supporter said that she read it in the media and on CNN. The woman also alleged that President Barack Obama was encouraging illegal immigrants to vote.

Camerota, 50, then asked the whole group of five, “Did you hear President Obama say illegal people could vote?” They unanimously nodded their heads, so Camerota pushed back again and asked where they read it. 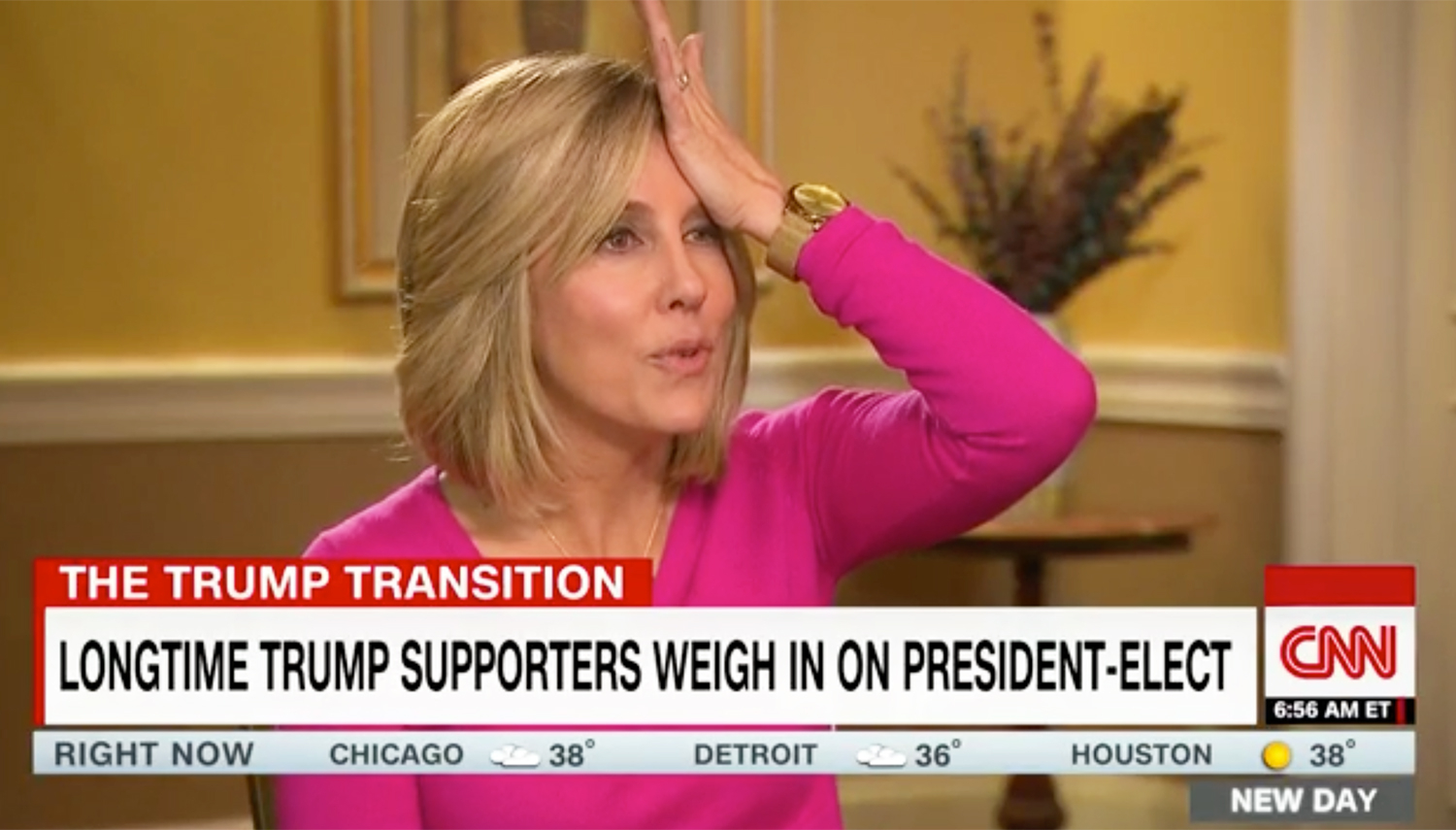 “Google it. You can find it on Facebook,” another female Trump supporter replied. Camerota quickly pulled up an article on her phone about Fox Business Network deceptively editing a clip that took the POTUS’ comments out of context.

PHOTOS: Stars Who Played the President

Camerota continued to challenge the guests on their voter fraud claims. “You, as you sit here today, think that millions of illegal people voted in this country and you believe that there was widespread voting abuse? In the millions of people?”

The first woman replied, “I think there was in some states. California allows it.”

Camerota face-palmed, apparently in disbelief about what she was hearing. “They do not allow illegals — you mean voter fraud, California allows?” she asked again. The woman replied, “I believe there was voter fraud in this country.”

The business mogul, 70, has frequently claimed that the election was “rigged,” and earlier this week, he tweeted about unsubstantiated claims of voter fraud. “In addition to winning the Electoral College in a landslide, I won the popular vote if you deduct the millions of people who voted illegally,” he wrote, adding in another tweet, “Serious voter fraud in Virginia, New Hampshire and California – so why isn’t the media reporting on this? Serious bias – big problem!”