Wearing a crown never appealed to Prince Harry. In his 20s, the young royal — now fifth in line to the British throne — dreamed of life as a commoner, he revealed in a June interview with UK’s Mail on Sunday. “I spent many years kicking my heels and I didn’t want to grow up,” admitted Harry. But affection for his beloved grandmother (he’s called Queen Elizabeth II “so remarkable”) and a desire to promote key causes — in 2006, he confounded Sentebale to help children affected by AIDS — made him stick it out. Explained Harry, “I felt I wanted out but then decided to stay in and work out a role.”

Now it seems he’s found a princess to serve at his side. For the past 13 months, the 32-year-old former Army helicopter pilot and actress Meghan Markle have built a love affair that’s the stuff of fairy tales. But the courtship hasn’t been with out its stresses. The couple have endured 3,000-plus miles of distance — she films Suits in Toronto — and a sometimes harsh public glare.

But now the duo are planning for a shared future and Harry’s even tossing out plans for a royal wedding. While the pair have the option of marrying at Westminster Abbey, where Prince William and Duchess Kate exchanged vows in 2011, Harry is envisioning a more far-flung locale, a source reveals in the new issue of Us Weekly. He suggested to Markle, whose own 2011 nuptials to talent manager Trevor Engelson took place on a Jamaica beach, “that they could get married somewhere private and elope,” says the source, “rather than have a showy wedding.” 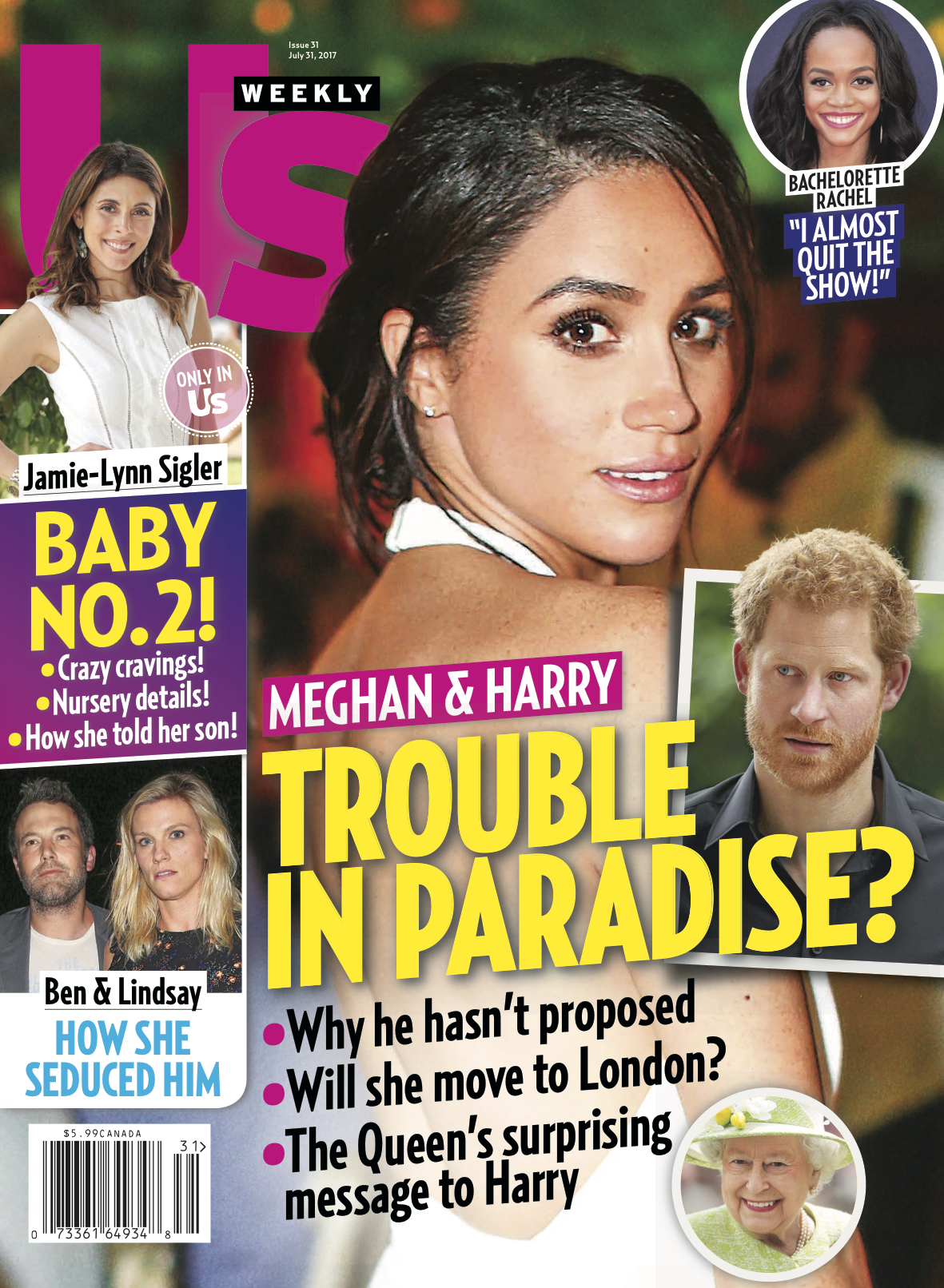 First, however, there must be a romantic proposal. While one insider says “my money is on a fall engagement,” the source says the royal could get down on bended knee as soon as August 4, Markle’s 36th birthday.

The proposal would be a gift to the actress and himself, explains the source. Noting that Harry generally feels down in August — the month his mother, Princess Diana, was killed in a 1997 car accident — the source says, “He feels getting engaged will lift that gloom forever because he will be able to associate August with something joyful.”

No matter the timing, the prince is ready to commit to forever with Markle. Says the source, “He wants to get married and have kids. He’s smitten.”

For more on the pair’s romance — including what their life would look like post-vows — pick up the new issue of Us Weekly, on stands now!