Putting their pasts behind them? Chaos ensues after seven pairs of former best friends reunite to compete for a $100,000 prize on The Battle of the Ex-Besties, as seen in Us Weekly‘s exclusive promo.

The new Oxygen competition series — launching Tuesday, December 6, and hosted by E! News’ Sibley Scoles — features 14 people suddenly learning that they will each have to compete with a former best friend to nab the cash. The contestants will be living together in a house as they revisit their previous issues while facing off in a series of rigorous challenges.

Among the pairs competing on the series are Bad Girls Club alums Danni Victor and Judi Jackson. The pair’s friendship was tested by their reality series and led to their vicious Twitter war. 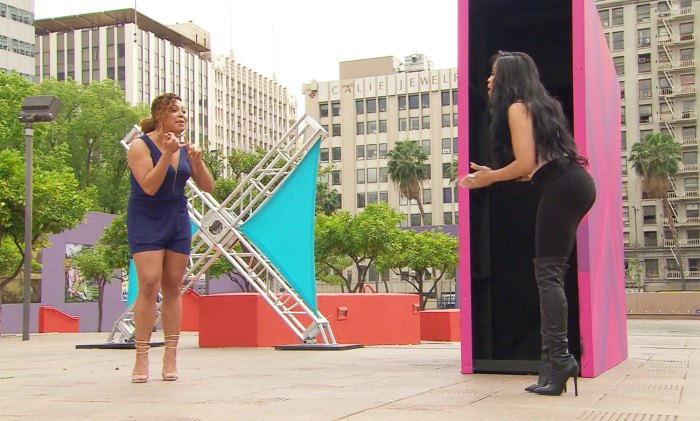 The promo above shows the various contestants shedding tears, screaming at each other and enduring unpleasant tasks, like scouring through a Dumpster.

“We are very excited about this project that delves into the true value of friendships. Viewers are thrust into these relationships that are already at their lowest points, opening the door for a number of possibilities for their friendships,” Oxygen exec Rod Aissa said in a statement. “By adding a grand prize to the emotionally and physically demanding experience, we are tapping into the drama that our audience loves.”

Watch the wild trailer above. The Battle of the Ex-Besties debuts on Oxygen Tuesday, December 6, at 11 p.m. ET.