Duchess Kate Reportedly Uses This Natural Alternative to Botox — 31% Off!
Jennifer Aniston’s Facialist Compared This Mascara to Having Lash Extensions
Grab One of the Best Deals on Apple AirPods in Years — 50% Off!
END_OF_DOCUMENT_TOKEN_TO_BE_REPLACED

More like the Wheel of Misfortune! College student Julian Batts lost his chance at $1 million competing on Wheel of Fortune Friday, April 11, after mispronouncing a common term.

The Indiana University freshman was raking in his winnings when he mispronounced the answer, “Mythological Hero Achilles.” Solving the puzzle and with every single letter turned over, Batts’ proudly announced the phrase — only his rendition phonetically sounded something like, “A-chill-us,” as opposed to the correct verbal usage, “A-kill-ease.” Batts’ blunder was so outrageous that even John Travolta‘s “Adele Dazeem” name flub paled in comparison. 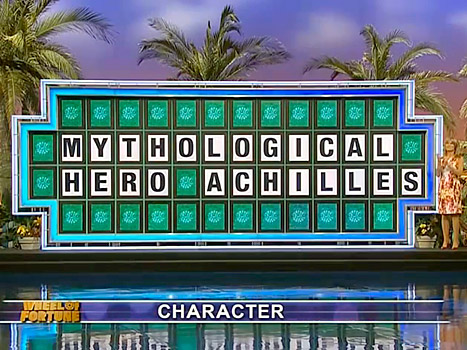 After several seconds of hesitation following his initial gaffe, Julian was informed by Pat Sajak that the answer could not be accepted. The next contestant went on to pronounce the phrase correctly. In a statement to ABC News, a Wheel of Fortune spokesperson explained, “When a contestant tries to solve a puzzle, they must pronounce it using the generally accepted pronunciation.”

Batts, appearing on Good Morning America Monday, April 14, said the experience “hit me like a train.” The college student added, “I really didn’t know how to react to it — the game continued on and [another contestant from] Texas A&M, she solved it and it hit me right then and there that it was Achilles.” 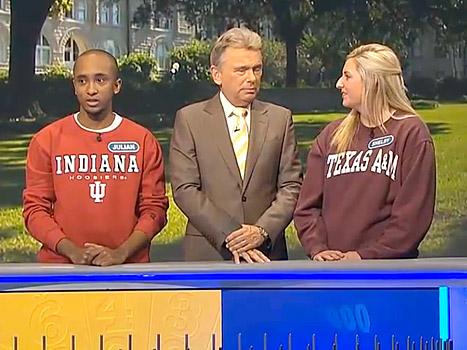 The Achilles heartache wasn’t Batts’ only mistake. He also made a guess of an “on-the-spot dicespin,” which actually, when pronounced correctly, is “on the spot decision.” Eventually, Batts went on to win the game, but not the $1 million. “I don’t think anyone has ever taken a more circuitous route to victory,” Sajak remarked, “but the important thing is you’re here and you’ve got $11,700 dollars and we’re pleased about that.”

Batts said on GMA Monday morning, “I didn’t feel like I made a mistake but I feel like I solved the puzzle entirely and all I had to do was read it and I just went for it and I did my best.

“It was a dream,” he added of being on the show, “and it was one of the greatest experiences I’ve accomplished so far.”

Duchess Kate Reportedly Uses This Natural Alternative to Botox — 31% Off!
Jennifer Aniston’s Facialist Compared This Mascara to Having Lash Extensions
Grab One of the Best Deals on Apple AirPods in Years — 50% Off!
END_OF_DOCUMENT_TOKEN_TO_BE_REPLACED