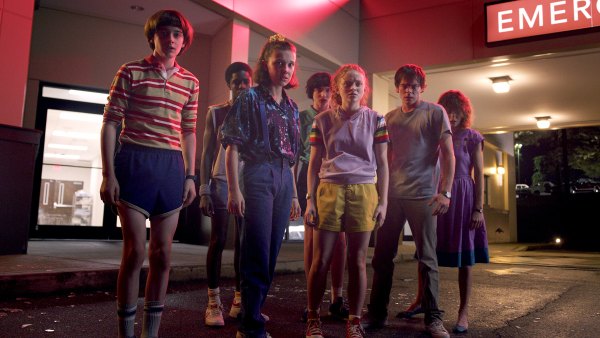 TV
Hello? ‘Stranger Things’ Teases Voicemail From a ‘Mysterious’ Season 4 Character
Hellfire Club assemble! While the coronavirus pandemic delayed the season 4 premiere of Stranger Things, the excitement is still real — and it’s all coming together! “I think most would probably say it’s the scariest [season] out of the previous three, which I love because it’s very fun to film,” Gaten Matarazzo, who plays Dustin […]

LOL
Biggest Movie and TV Mistakes Caught on Social Media: ‘You’ and More
Caught red handed! While TV shows and movies have teams dedicated to making sure nothing goes wrong on the production side, things slip through the cracks from time to time. That’s where fans come in. Over the years, viewers have pointed out the entertainment industry’s mishaps including the famous Starbucks cup of 2019 that popped […]

Reality TV
Jealous! Harry Styles Got a Special Birthday Surprise From the ‘RHOBH’ Cast
Just like us! Many stars have opened up in the past about ending their day with a nice Real Housewives binge watch. But over the years, some celebrities have managed to take their love for the Bravo hit shows to the next level. Nicki Minaj managed to potentially score herself an invite to host the […]

Movies
Royal Heist! Triple Switch! New Love! Watch ‘The Princess Switch 3’ Trailer
Christmas is coming! Vanessa Hudgens is pulling triple duty in the first look at The Princess Switch 3: Romancing the Star — but this time, her characters are all on one team. The 32-year-old actress reprises her roles as Queen Margaret, Princess Stacy and cousin Fiona in the new Netflix film. Now, the ladies must […]

TV
So Sweet! Jesse Spencer Pens Song About 'Chicago Fire' After Exit
Gone, but not forgotten! Jesse Spencer shared the sweet song he wrote about Chicago Fire in honor of his season 10 exit. Following his departure after the NBC show’s 200th episode on Wednesday, October 20, the 42-year-old shared a track called “FireBug (si ça te fait plaisir),” which translates to “if it pleases you.” The […]

LOL
Where's Joe? 'You' Fan Spots Major Season 3 Filming Flub
Joe Goldberg, is that you? Fans have been binging season 3 of Netflix’s You since its debut earlier this month — and one fan pointed out a potential filming flaw that has viewers shook. Following the season premiere on Friday, October 15, one TikTok user noticed that something was off about the photo of Joe […]

TV
Mariska Hargitay: Why I Couldn’t Watch Law & Order: SVU’s 500th Episode
A milestone she’s not ready to relive. Mariska Hargitay has hit a benchmark that few TV stars ever dream of as her show, Law & Order: Special Victims Unit, airs its 500th episode, but she has her reasons for not tuning in. “They sent me the link so many times and I was actually too […]

Nostalgia
Ashley Tisdale: Disney Made Me ‘Change’ Song Lyrics During ‘HSM’ Concerts
Plot twist! People were in for a surprise when Ashley Tisdale revealed that one of her original songs was altered during her time performing on the High School Musical: The Concert tour. Tisdale, 36, took to TikTok on Tuesday, October 19, to share a duet of a fan listening to her 2007 single “He Said […]

Exclusive
Lindsay Hubbard on 'Physical' History With Austen, Current Status With Carl
The line between best friends and romance has been blurred again for Lindsay Hubbard. The Summer House star gave Us Weekly exclusive insight into her relationship with Austen Kroll after the Winter House trailer teased her confessing her love to the Southern Charm personality. “I haven’t seen him in over a year when we started […]

TV
‘Sex and the City’ Sequel Series ‘And Just Like That’ Films in NYC: BTS Pics
Welcome back! The Sex and the City cast is filming the revival series, And Just Like That, and the photos have fans more excited than Carrie Bradshaw at a Manolo Blahnik sale. Sarah Jessica Parker returns as Carrie alongside Cynthia Nixon as Miranda Hobbes and Kristin Davis as Charlotte York Goldenblatt for sequel series, which […]

TV
Where's Big? ‘SATC’ Fans Are Spiraling Over Pics of Carrie Kissing New Man
Look away, Mr. Big! Sex and the City fans are panicking after Sarah Jessica Parker‘s Carrie Bradshaw was photographed kissing a new man on the set of the upcoming sequel series, And Just Like That. In two different scenes, Parker, 56, cozies up to Jon Tenney, whose character has yet to be revealed. When fans […]

TV
Jason Sudeikis Channels His Inner Ted Lasso to Address Plans for a Season 4
Sounds like potential! Following Ted Lasso‘s big awards sweep at the 2021 Emmys, fans are focused not only on season 3 but on the future of the series — to which Jason Sudeikis has the perfect reminder. “I feel like a real coach when I have to tell folks you can’t look at season 4 […]

TV
One Chicago Stars Who Left the Franchise: Where Are They Now?
Revolving door! The One Chicago franchise is known for its frequent exits at this point, but Sophia Bush, Monica Raymund, Colin Donnell and more stars have not slowed down since walking away from Chicago P.D., Chicago Fire and Chicago Med. The One Tree Hill alum, for one, spoke out about her departure from Chicago P.D. after season 4. “I realized that as […]

TV
One Chicago’s Most Heartbreaking Exits
If there’s one thing Dick Wolf isn’t afraid of, it’s killing off a beloved character. A fact that fans of the One Chicago universe — ie. Chicago Med, Chicago Fire and Chicago P.D. — know all too well. The franchise kicked off in 2012 with Chicago Fire; after its success, Chicago P.D. was launched in […]

Exclusive
Big Money! Below Deck’s Rachel Admits NSFW Catchphrases ‘Paid Rent’
Sorry, not sorry! Below Deck’s Rachel Hargrove won’t apologize for her inappropriate catchphrases — but she will use them to pay her bills. The 39-year-old, who joined the cast last year in season 8, has become known for her NSFW comebacks, which she often uses against her castmates on the Bravo reality show. Most notably, […]

Reality TV
Koming Soon! Khloe Kardashian Says Hulu Show Will Premiere in Early 2022
Like they never left. Production on the Kardashian-Jenner family’s Hulu series is well underway — and fans won’t have to wait too long to see it. Khloé Kardashian dished on the release date during an appearance on The Ellen DeGeneres Show. “I think in a few months, either end of January, early February. … Really […]

Exclusive
How ‘RHOBH’ Producers Felt Receiving Erika Jayne Subpoena Amid Legal Drama
No problems here! The Real Housewives of Beverly Hills producers don’t mind turning over show footage of Erika Jayne after being subpoenaed, a source exclusively reveals in the new issue of Us Weekly. “They do not want to get in the way of the legal system,” the insider says. Us confirmed earlier this month that […]

TV
What Jesse Spencer's 'Chicago Fire' Exit Means for Casey and Brett's Future
A long-distance love. Casey (Jesse Spencer) and Brett (Kara Killmer) won’t be ending their relationship despite his big move to Oregon, Chicago Fire cocreator Derek Haas told Us Weekly and other reporters ahead of the 200th episode on Wednesday, October 20. “She better not be single,” Spencer, 42, who confirmed he’s leaving the show after […]
Previous Next