Emily VanCamp is happily ensconced with her Revenge costar Josh Bowman, but she wasn’t always so fortunate.

In the June issue of Lucky, the 25-year-old actress reveals her biggest dating turn-off. “I’ll tell you one thing I don’t want,” she says. “A guy who sits around and plays video games and smokes pot.”

Still, VanCamp says she believes “every young woman needs to have one boyfriend who disappoints her, who really breaks her heart” in order to know what true love is.

The Canadian actress — whose exes include Brothers & Sisters‘ Dave Annable, 32, Parks and Recreation‘s Chris Pratt, 32, and The Vampire Diaries Joseph Morgan, 30 — says women are drawn to men with the potential to become great fathers, “whether they’re immediately wanting to be a parent or not. It’s important to me that a man is good at taking care of people.” 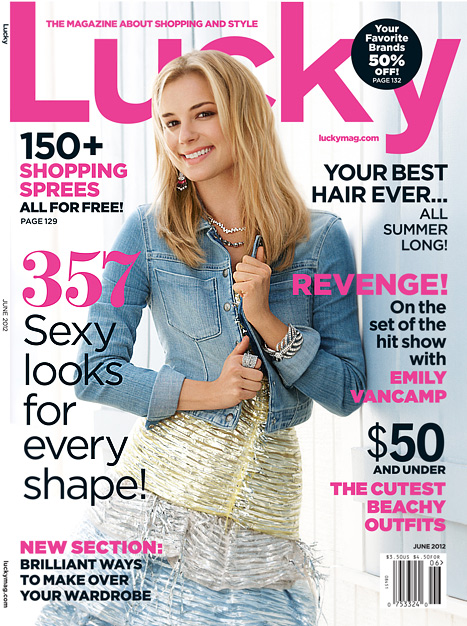 Though she’s often photographed holding hands and going on dates with Bowman, 24, VanCamp still isn’t used to dating in the public eye.

VIDEO: Josh Bowman strips down for a Revenge shower scene

“It’s so great to have all this stuff happen to you,” she tells Lucky. “But you know, to all of a sudden have photographers snapping photos of you, it’s a big change. You know, I see pictures of myself I had no idea were being taken. I’m generally very aware of what’s going on around me, and I really don’t know where they hide. I really hope no one takes my picture when I go mail my sister her onesie.”