Music to our ears! Gigi Hadid confirmed on Friday, September 9, that her good pal Taylor Swift is hard at work on some new music following her recent split from ex-boyfriend Tom Hiddleston.

“She’s obviously such a great friend, and you know, she is starting to go back to work in the studio again, and really made time to be here for me, and I am so grateful for that,” the 21-year-old model told Entertainment Tonight after wrapping up her walk down the runway at the Tommy Hilfiger show at New York Fashion Week.

Swift, 26, excitedly cheered on Hadid as the model strutted her stuff down the runway at the star-studded show Friday, at one point even singing along to ex-boyfriend Calvin Harris’ track “This Is What You Came For” (the pop superstar helped write the catchy summer tune).

“SO PROUD OF YOU GIGI!!!!! That show was INSANE,” the “Wildest Dreams” singer captioned the video clip, which she shared with fans via Instagram. “Congrats to Gi, Tommy, and all the girls who just owned that runway!!”

Earlier this week, Us Weekly exclusively broke the news that Swift and Hiddleston, 35, had called it quits on their relationship after three months of dating — which could lead to some good musical fodder.

“She was the one to put the brakes on the relationship,” a source close to the couple told Us. “Tom wanted the relationship to be more public than she was comfortable with. Taylor knew the backlash that comes with public displays of affection, but Tom didn’t listen to her concerns when she brought them up.” 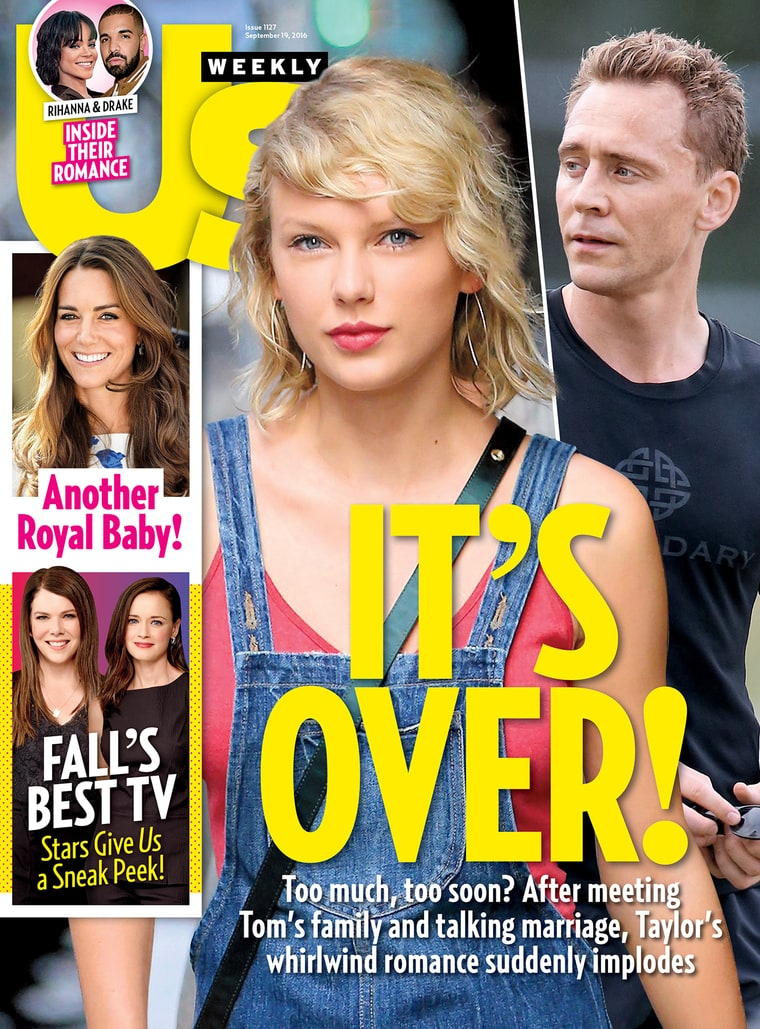 Added the source, the Night Watchman star is “embarrassed that the relationship fizzled out.”

Both parties remain on good terms, however. The source told Us that though “they get along great and will remain friends … they just don’t see it working romantically right now.”

Prior to Hiddleston, Swift dated Harris for just over a year before the pair parted ways in June.