Jennifer Lopez is through playing the field. The “Ain’t Your Mama” singer has been dating retired baseball pro Alex Rodriguez “for about two months,” a close Lopez insider reveals in the new issue of Us Weekly.

In that short time, those close to the 47-year-old multihyphenate have already deemed the 14-time MLB All-Star, 41, a more worthy mate than her previous fling, 17-years-younger Drake.

“He’s a better fit,” explains the insider, ticking off the new duo’s commonalities: They’re both Latino superstars and New York natives (their childhood homes are roughly 7 miles apart); both are parents (he shares daughters Natasha, 12, and Ella, 8, with ex-wife Cynthia Scurtis; she’s the mom of 9-year-old twins Max and Emme with former husband Marc Anthony) and both are legends in their field.

After decades of serial dating, both believe they may have found their match. Says the insider, “They definitely see a future together.”

Their connection was more than a decade in the making. For years, Lopez and the New York Yankees third baseman were casual acquaintances (she was first photographed with him and Anthony, a Mets fan, at a 2005 game). But even as the suave home-run hitter romanced the likes of Madonna, Cameron Diaz and Kate Hudson, he always harbored a crush on Lopez.

So when he attended her All I Have Las Vegas show in January, newly single after ending things with Silicon Valley tycoon Anne Wojcicki, he decided to make a play. “He went backstage to meet her,” says the insider, “and they swapped numbers.”

Pals think Rodriguez could be the pop star’s guy. The thrice-wed Shades of Blue actress has said her dream man should have similar goals, be good with her kids and ooze confidence. Rodriguez rounds all three bases. 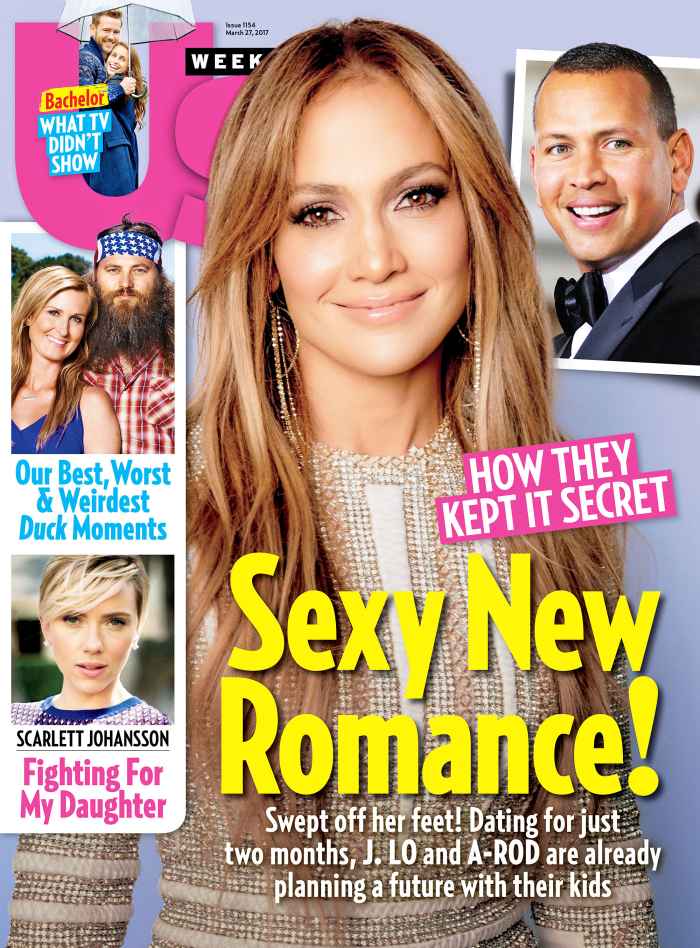 Plus, the Fox Sport analyst has his own star power. Currently working with Michael Strahan to develop a CNBC reality show, “he’s doing great,” says a source close to the couple. “He’s not using Jennifer to get into Hollywood or to act — he’s made tons of money on his own.”

Together, the Dominican baseball champ and the Puerto Rican triple threat, who recently enjoyed a romantic getaway to the exclusive Baker’s Bay Golf & Ocean Club in the Bahamas, are set to become one of Hollywood’s top power duos. “They’re kind of like Jay Z and Beyoncé,” muses a source close to the pair, dubbed “J-Rod” by fans. “If people thought she and Marc were the Latin supercouple, this is on another level.”

For more on the new pair — including the relationship milestones they’re eyeing next — pick up the new issue of Us Weekly, on stands now!