Not exactly her teenage dream. Katy Perry opened up about her first kiss — and it wasn’t as romantic as you may think.

“My first French kiss was in sixth grade in Big Bear, California. I was hanging out with this girl form church who had a bit of a reputation. She had a coed party and I was not allowed to go to a coed party until eighth grade. But I went anyway,” the “Swish Swish” singer, 32, told W Magazine on Thursday, August 10. 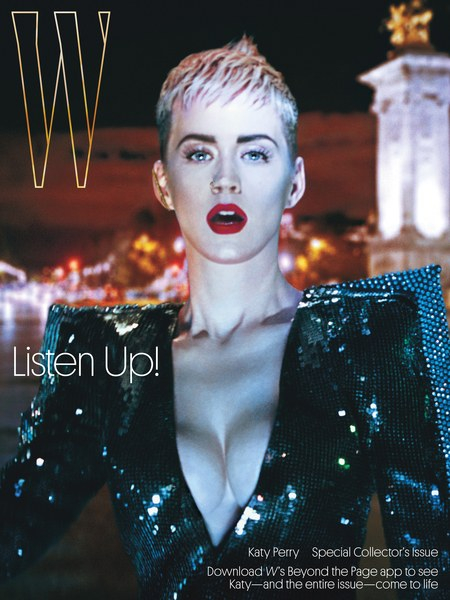 Perry recalled playing spin the bottle at the party and when it was her turn to lock lips, she felt like there was a “wet fish” trapped inside her mouth. “That was my first kiss,” she told the outlet. “When you’re in sixth grade, there’s no art to French kissing. There’s no cadence, no beautiful up and down, no waves. Instead, it just feels like your mouth is getting invaded by a slug.”

The “Roar” songstress, who has a string of famous ex-boyfriends, also revealed a fun activity she has engaged in with her former flames. “I’ve had several sing-offs with boyfriends [in the shower],” she said. “That’s very fun — singing in the shower and scrubbing!”

Perry has not shied away from disclosing intimate details of her romantic life. In June, during her 72-hour YouTube livestream, The Late Late Show host James Corden asked Perry to rank some of her exes — John Mayer, Orlando Bloom and Diplo — based on how good they were in bed.

“They’re all amazing lovers and I would have sex with all of them after I get out of this place!” she replied, before ranking, from best to worst, Mayer, Bloom and then Diplo.

Later that month, Mayer, 39, responded to Perry’s ranking him as her top sex partner. “I don’t have a cool enough thought for you,” he told the Rolling Stone. “I’ve hacked this game. I pay very little of the price of fame now, I get to play the music that moves me the most. I’m having the time of my life. I’m 39 — I remember 32. I don’t wanna do it again.”