Your Horoscope: What’s in Store for You This Week!
‘Good Morning America’ Anchor Amy Robach Has Worked Hard For Her Money: Find Out Her Net Worth
Rob Kardashian’s Weight Loss Photos Through the Years Will Have You Rooting for Him
END_OF_DOCUMENT_TOKEN_TO_BE_REPLACED

For most commoners, getting through the private gates of Kensington Palace requires two forms of ID and a written invitation. Visitors to the sprawling London complex that houses dozens of royals, including Prince William, Duchess Kate and Prince Harry, undergo a thorough security check and “follow strict protocol,” says a frequent guest.

But on any given day, one mere mortal simply breezes past the guards. Harry’s girlfriend Meghan Markle “is waved right through,” a source shares in the new issue of Us Weekly. “Harry has made it clear she’s to be treated like everyone else who lives there.”

Consider it step one in her royal transformation. With Harry’s pals expecting him to propose to the Toronto-based actress by fall, she’s begun readying herself for life in The Firm, the cheeky name the royals have coined for their family.

The 35-year-old divorcée already has a direct line to Harry’s most trusted aides. The 32-year-old prince’s private secretary, Edward Lane Fox, and communications secretary, Jason Knauf, are on call to answer the L.A. native’s queries, says a Harry source. “There have been many times where Meghan’s been unsure of protocol,” says the source, “and having access to Harry’s aides has been a godsend.”

A close bond with his brother and sister-in-law has also proved invaluable. An insider says William, 34, and Kate, 35, have given the Suits actress tips on handling life in the royal spotlight. “She’s very much been accepted into the family,” says the insider. “They are so happy to see Harry happy.”

Harry’s undergone a rebirth of his own. Once known for party-boy antics (photos of him showing off the, er, crown jewels in Las Vegas surfaced in 2012), he’s now running Heads Together, a charity dedicated to ending the stigma around mental health, with Will and Kate. In an interview with The Telegraph’s April 16 Mad World podcast, the ex-military officer opened up about seeking counseling to losing his mom, Princess Diana, at age 12.

Most Amazing Royal Wedding Dresses Ever 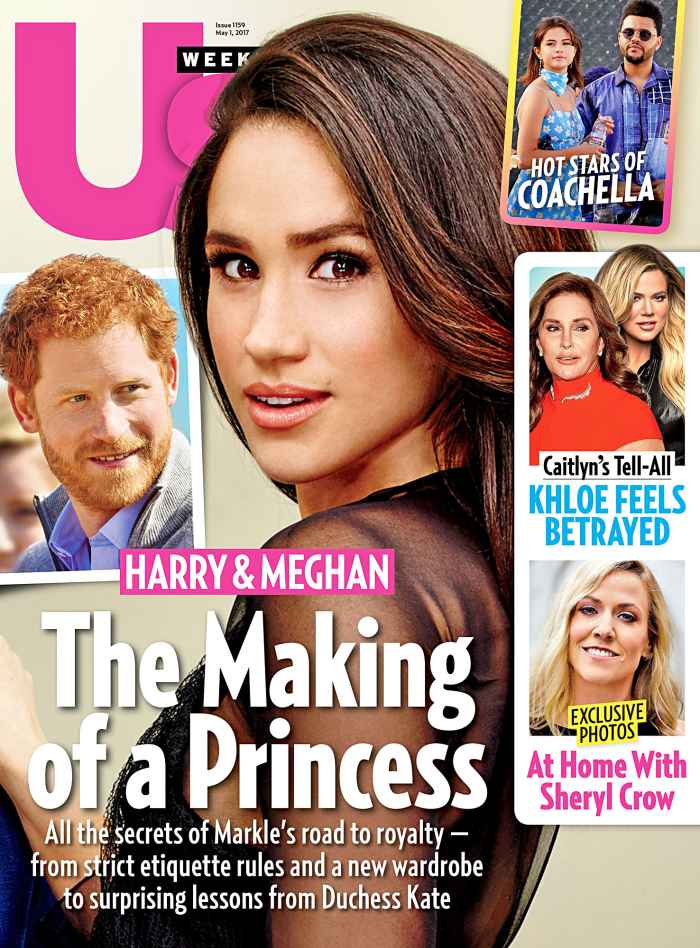 That includes Markle. For Harry, “this is a love he’s never felt before,” says a source. “He’s met someone who understands him on a deeper level and they just connect.” Soon, predicts the source, they could be legally bonded. “Everything is still as exciting as the day they met,” says the insider. “They talk about the future all the time and they see themselves together.”

For more on how Markle’s preparing for life as a royal, pick up the new issue of Us Weekly, on stands now!

Your Horoscope: What’s in Store for You This Week!
‘Good Morning America’ Anchor Amy Robach Has Worked Hard For Her Money: Find Out Her Net Worth
Rob Kardashian’s Weight Loss Photos Through the Years Will Have You Rooting for Him
END_OF_DOCUMENT_TOKEN_TO_BE_REPLACED