New and a bit alarming! Disney just released a Beauty and the Beast doll of Emma Watson as Belle in the upcoming live-action film — but the internet doesn’t seem to think the toy looks anything like the 26-year-old actress or the cartoon princess.

PHOTOS: Disney Stars Through the Years

A photo of the doll first made its way online when William Herrington, a photographer and doll enthusiast from Colorado, posted a pic of the figurine on Flickr after spotting it for sale at a JCPenney at a Grand Junction mall.

“I knew that Disney Store’s live-action dolls are never 100% accurate to the actors, but this one was atrocious!” he told BuzzFeed News on Saturday, January 7. “Her face was shiny and covered in freckles (that looked more like a skin disease) and her head looked like it was being ripped open and torn where the hair was rooted into the head.” 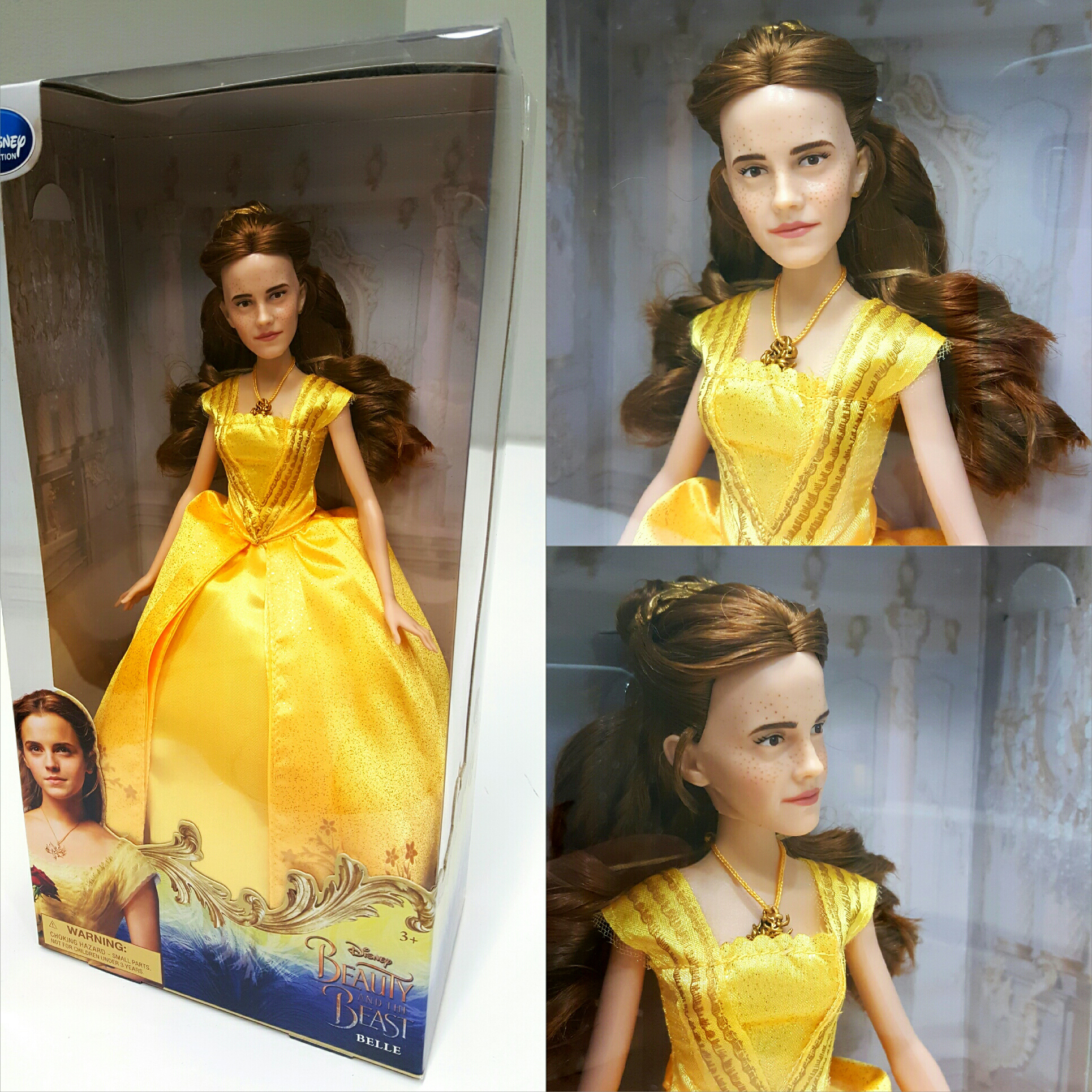 “As for any resemblance to Emma … yeesh. There really isn’t any,” Herrington continued, adding that his “excitement turned to disappointment and disgust” at the puzzling plastic interpretation of Watson as Belle.

Since Herrington posted the photo, Disney fans have taken to social media to express their mixed feelings about the doll. Some are similarly distraught over Belle’s shocking new look, but many have found the humor in the toy’s interesting mug. From Justin Bieber in a dress to Jennifer Garner as Alias, online fans seem to think the Belle doll bears a resemblance to anyone but the British actress.

Take a look at the most passionate and hilarious Twitter reactions to Watson’s figurine below:

when you order an emma watson doll online but a justin bieber doll in a yellow dress & a wig arrives instead pic.twitter.com/PUQUBXyufT

This doll looks like Jennifer Garner trying to disguise herself as Emma Watson in an episode of Alias. pic.twitter.com/c071qeSdXN

The New Belle Doll Looks Like She’s Waiting For Her Order At Starbucks But The Next Drink That Arrives Is For Susan. pic.twitter.com/IRLHFCsYfA

I CANT STOP LAUGHING THIS IS SO TRAGIC pic.twitter.com/g0JZd9KUl0

Watson has yet to comment on the public’s overwhelming reaction to the Belle doll. Beauty and the Beast hits theaters March 17.