Those awkward years. Victoria Beckham says in the October issue of British Vogue that she had just as many imperfections and insecurities as the next teen — and she isn’t afraid to look back at them now.

“I know you are struggling right now,” the 42-year-old fashionista wrote in a letter to her 18-year-old self for the magazine. “You are not the prettiest, or the thinnest, or the best at dancing at the Laine Theatre Arts college. You have never properly fitted in, although you are sharing your Surrey school digs with really nice girls.”

The designer and former girl group star then pointed out her own awkward phase. “You have bad acne,” she continued. “You think the principal has put you at the back of the end-of-year show (in a humiliatingly bright purple Lycra leotard) because you are too plump to go at the front. (This may or may not be true.)”

In her letter, Beckham also pokes fun at her fashion sense as one-fifth of the pop supergroup Spice Girls.

“You are going to have so much fun with your clothes — PVC catsuits; chokers that say absurd things; weird spiky blonde hair,” she notes. “It will never occur to you that you appear ridiculous. You will turn up at awards ceremonies resembling a drag queen. But I look back at you and smile.”

Beckham also told her younger self in her heartfelt letter not to fret and that “love at first sight does exist.” 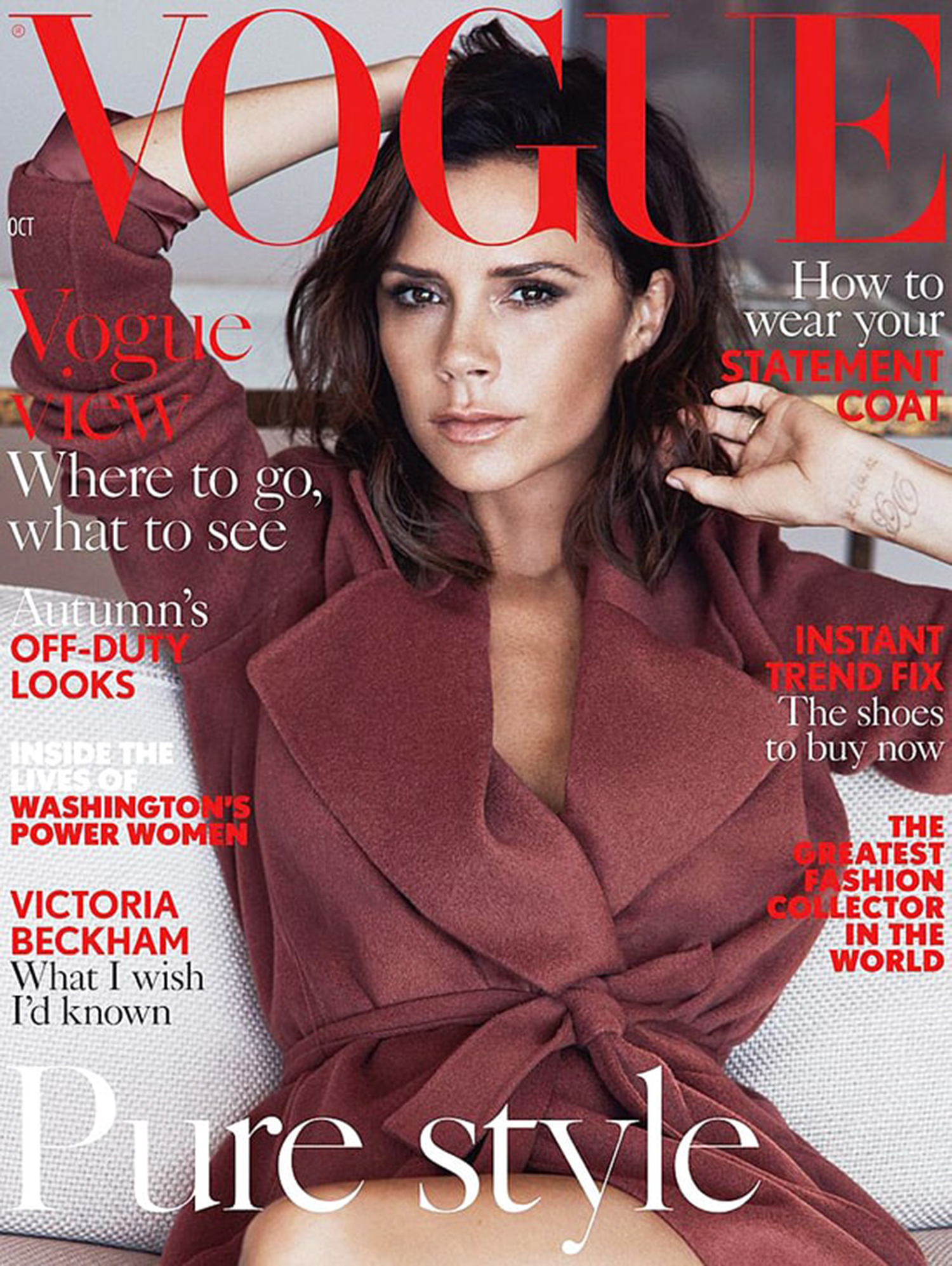 “It will happen to you in the Manchester United players’ lounge — although you will get a little drunk, so exact details are hazy,” Beckham wrote of her first meeting with her husband, former soccer star David Beckham. “While the other football players stand at the bar drinking with their mates, you will see David standing aside with his family.”