Jinger is gaga — in love, that is! On the Tuesday, August 30, episode of Counting On, Jinger Duggar continued to be unable to eat, talk and generally function because she was so head over heels. “Jeremy Vuolo is my best friend from Laredo, Texas, and he recently asked me if I would enter into an official courtship with him,” she reported with an enormous grin on her face. “It’s a big next step, and it’s an exciting next step,” Jeremy added. The lovebirds then headed to Jessa and Ben Seewald‘s house to have some ice cream and discuss their exciting news.

Sex Talk With the Pops

Once the two couples were comfortably seated, Ben casually asked Jeremy if he and Jinger had discussed any “courtship guidelines.” It’s probably worth mentioning that Jinger’s father, Jim Bob, happened to be there too.

“I have a desire to save the physical for marriage,” Jeremy sputtered, adding that they “understood the temptations.” Jim Bob joked it was a “good answer,” but … you know … he wasn’t really joking. Jeremy reiterated that they would “enjoy each other” in the physical way in another “season,” but not right now.

In a video aside, younger brother Joseph Duggar broke down the standard Duggar courtship rules: Side hugs are OK, but frontal hugs are not. No holding hands. No kissing. But it wasn’t so black-and-white for Jinger. “You don’t have to have it all listed, like a set of rules,” she argued to the camera as Jeremy smiled on. “It’s more the general idea and letting people around you know.” 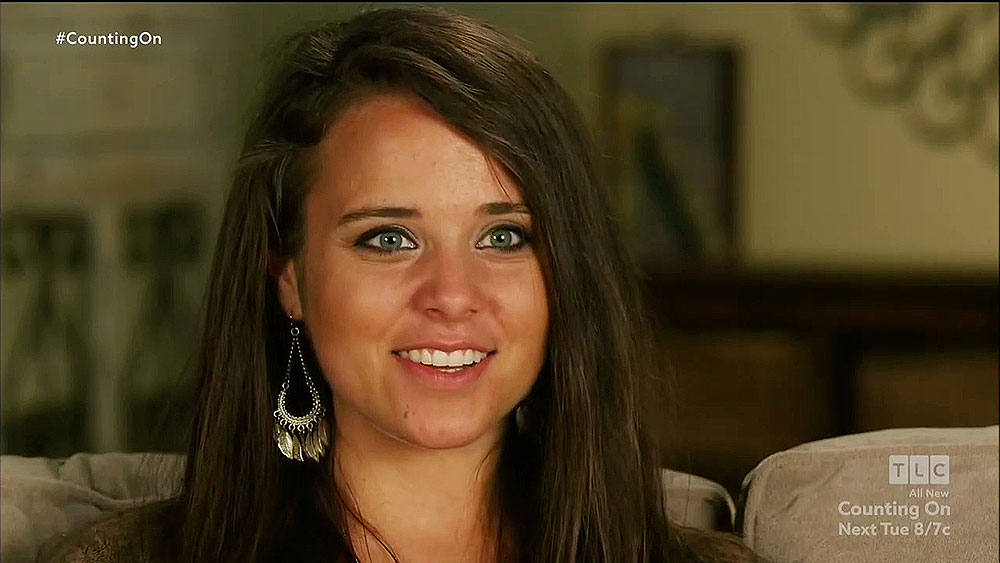 For her part, Jessa added that when you liked a person, obviously there would be a physical pull to be close, which is why you needed to “let people help you” (not give in to those desires of the flesh, that is). In the spirit of offering assistance, Jessa and Ben offered to chaperone Jinger and Jeremy. They responded by reiterating that they were on the “fast track” (i.e., they would be allowed to knock boots soon enough).

Next up, Jeremy headed to a family dinner at the main Duggar household. Though he comes from a small family, the former soccer pro seemed to hold his own with the whole crew. Jinger, on the other hand, was basically losing it. “I am pretty well love struck,” Jinger admitted with a laugh. “There’s no two ways about it.” She spent most of the meal doodling love notes on Jeremy’s plastic cup and speculating about which of them was a more adept cook.

Jana said she could see the courtship leading to marriage, but John David said he was still “checking him out.” Joseph reiterated that the brothers would all have their eyes on Jeremy until he and Jinger walked down the aisle because the male siblings were “not going to just hand over” their sister to anybody.

Jinger and Jeremy FaceTime With Jill and Derick

Then it was time to share their happy news with Jill and Derick Dillard, who had actually witnessed the couple’s first meeting on a mission trip. Jinger admitted she had trouble focusing on the work because she had met “this amazing man,” and Jill pointed out that she had noticed them paying special attention to each other.

Jill and Derick had also done the long distance thing as well, since Derick had been in Nepal when they’d first started talking (or courting … it was unclear when their formal courtship began). Jeremy and Jinger explained their plans to get together every few weeks. “For some people, out of sight, out of mind!” Jessa laughed. She added that for people in their family, it tended to be, “Absence makes the heart grow fonder” … not that anyone was worried that Jinger and Jeremy might lose interest in each other.

Taking a break from talking about how in love Jinger and Jeremy were, Jessa, Ben and baby Spurgeon hit up the gym together. The parents took turns holding Spurgeon in the baby carrier as they worked out, but Ben seemed to push himself a bit harder than Jessa (who put in maybe two minutes of actual physical exertion).

In between reps, they discussed the possibility of contacting a trainer named Steve Conley, a family friend who might be able to help Ben establish a football camp to help at-risk youth.

Getting Some Survival Skills

A bunch of the siblings decided to go on a trip to gain survival prowess. Jinger was going — but not without her Vuolo jersey–wrapped pillow! Yes, she had fashioned a pillowcase out of one of Jeremy’s old soccer jerseys. Apparently, Jill and her other sisters had also fashioned pillowcases out of their significant others’ T-shirts, and that’s where she got the idea. Jinger was also concerned about making sure nothing happened to her ring finger because it was “important.” Naturally, Jinger spent most of the car ride to the survival camp video-chatting with Jeremy and worrying that she wouldn’t have reception.

Update on Jill and Derick in Central America

In non-Jinger-related updates, Jill reported that her parents had gifted her with air-conditioning units so she and Derick could keep their windows and doors closed — which was not only more comfortable, but also much safer because strangers couldn’t just wander into the house.

“You have to strike a balance,” Derick explained about managing the safety risks versus isolating themselves from the very people they were there to help. An emotional Jill explained that if they were living in the United States, they wouldn’t have to have conversations about what would happen if one of them died. Yikes.

Meanwhile, back in the States, Jill’s siblings may (or may not) have encountered a bear on their survival trip … but even if they did, the good news was that Jinger had cell reception, so she could talk to Jeremy.

Tell Us: What did you think of Jinger and Jeremy’s sex plans?

Counting On airs on TLC Tuesdays at 8 p.m. ET.