Bow down! ASOS is launching a line inspired by the late Princess Diana — and we’re not talking puffy-wedding-dress-sleeves Diana. We’re talking about the ’80s and ’90s-fabulous, effortlessly cool, blazer and baseball-cap-wearing Lady Di. 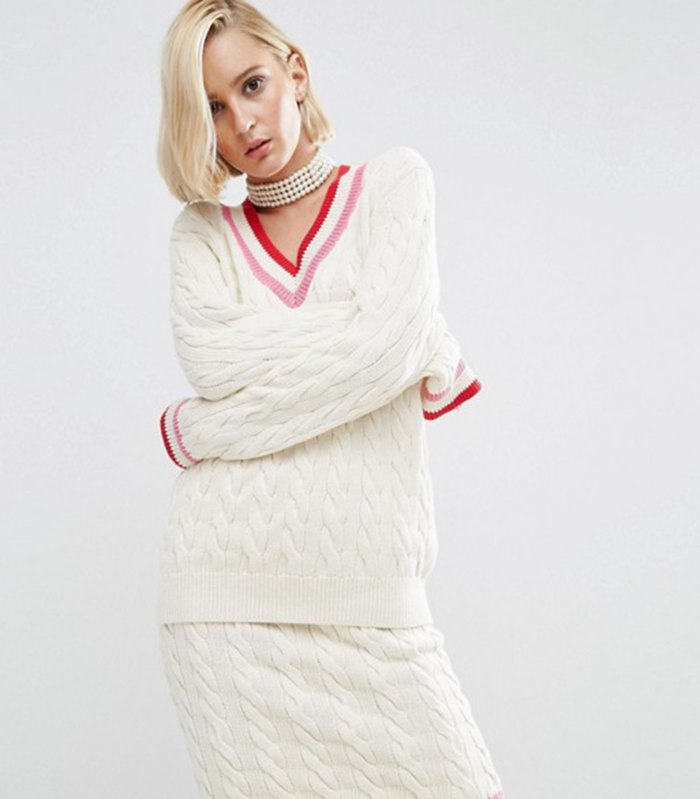 Feast your eyes on these throwback threads, which were designed in collaboration with Wah Nails founder Sharmadean Reid. There’s a body-conscious hot-pink mini, a white cable-knit sweater and skirt with scarlet piping and a W-emblazoned turtleneck sweatshirt. (Remember the Harvard sweatshirt worn in 1997? We’re guessing this “W” is for “Wales.”) There’s also a baseball cap with a bow on the back — a lovely nod to both her formal and casual hats — and a blue cashmere sweater that reads “royal” on the front and “loyal” on the back. 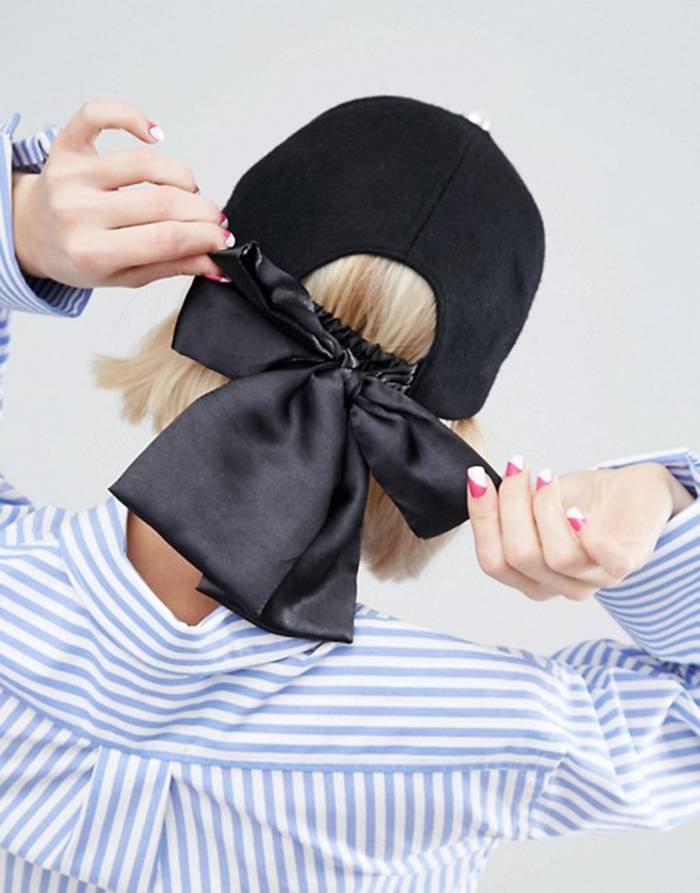 Perhaps best of all, though, is the black velvet minidress. The look is quite reminiscent of the royal’s infamous “revenge dress.” For those who need a refresher, that’s the asymmetrical off-the-shoulder Christina Stambolian LBD Diana wore to a fete at London’s Serpentine Gallery on June 29, 1994 — the same night which saw the TV premiere of Charles: The Private Man, the Public Role, the documentary in which Princes Charles admitted to cheating on Diana with Camilla Parker Bowles (now his second wife, the Duchess of Cornwall). The look is finished with pearl straps, which is quite fitting, as Di teamed her own dress with a multistrand pearl choker.

The 20-piece collection, which also boasts jewelry, including a charm bracelet, pearl hoops and a gold bangle that reads “princess,” is already available on ASOS.com. The collection ranges in price from $13 to $129.