Oh, Baby! Meghan Trainor Is Pregnant, Expecting 2nd Child With Daryl Sabara
21 Zara-Style Winter Fashion Finds — All Under $40
Pedro Pascal Through the Years: From 'Game of Thrones' to 'The Last of Us'
END_OF_DOCUMENT_TOKEN_TO_BE_REPLACED

The Official KYLIE JENNER 2017 calendar with @terryrichardson launches on KylieJennerShop.com December 10th ?????? all exclusive terry photos. Check out my snapchat for a preview xoxo !

Pinup perfection! Kylie Jenner has conquered 2016 with her expanding cosmetics line and merch. Now, the Keeping Up With the Kardashians star has another accomplishment to add to her list. On Sunday, December 4, she shared news of the official Kylie Jenner 2017 calendar, shot by famed photographer Terry Richardson, set to launch on December 10.

“So, I made my very own calendar with Terry Richardson,” she announced in a December 4 Snapchat story. “All exclusive pics.”

PHOTOS: See All of Kylie Jenner's Most Colorful Hairstyles

On the cover, the Kylie Cosmetics entrepreneur, 19, smirks in a lacy negligee and a black crown, with her then rose-gold hair swept to the side. But the real money shot is on the back, where she poses in black high-cut bottoms with a large snake wrapped around her entire body.

Although she wanted to keep the rest of the photos a secret (“I want you guys to be surprised!” she said in the same story), the reality star was gracious enough to give her fans a peek at the April shot. Jenner flaunted nearly every inch of her body in red bejeweled fishnets with a black G-string and a “Please Insert Money” t-shirt. “So f——g bomb, Terry!” she praised. 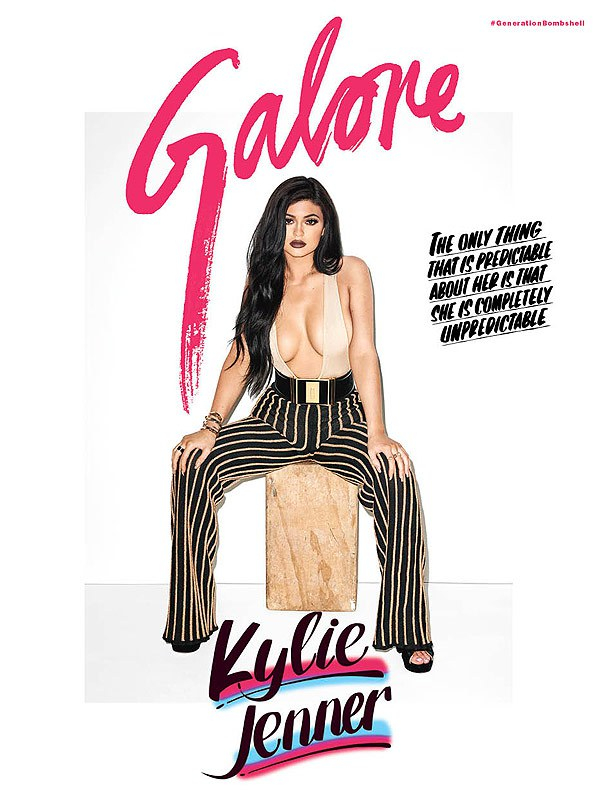 Richardson, who has shot for Rolling Stone, Vogue and Vanity Fair, first worked with Jenner for Galore Magazine in 2015 to celebrate her 18th birthday. She looked just like big sister Kim Kardashian with a brunette, waist-length wig and a series of cleavage-baring ensembles.

Oh, Baby! Meghan Trainor Is Pregnant, Expecting 2nd Child With Daryl Sabara
21 Zara-Style Winter Fashion Finds — All Under $40
Pedro Pascal Through the Years: From 'Game of Thrones' to 'The Last of Us'
END_OF_DOCUMENT_TOKEN_TO_BE_REPLACED