Your Horoscope: What’s in Store for You This Week!
‘Good Morning America’ Anchor Amy Robach Has Worked Hard For Her Money: Find Out Her Net Worth
Rob Kardashian’s Weight Loss Photos Through the Years Will Have You Rooting for Him
END_OF_DOCUMENT_TOKEN_TO_BE_REPLACED

It’s all because of the snail! Amanda Seyfried revealed to Vogue that she fell for her boyfriend of two years Justin Long because of a funny Instagram he posted.

“I followed him on Instagram,” the June 2015 cover girl recalled to the magazine. “And I thought something he said was really funny. It was a beautiful picture of a snail, and the caption said, ‘F—king MOOOOOOOOVE.’ It made me laugh out loud, so I texted him.” 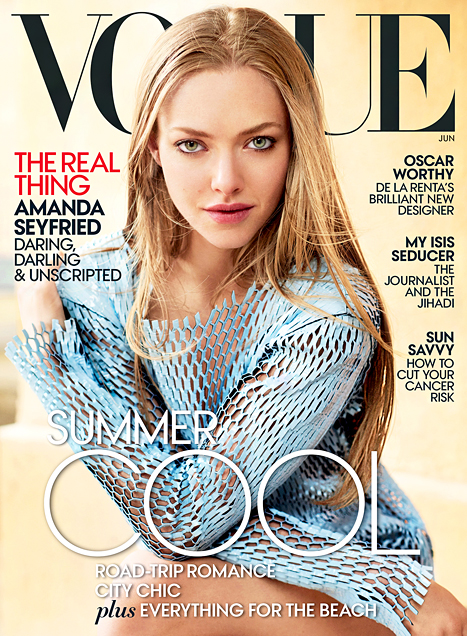 The Way We Get By star, who has been dating Long, 36, since the summer of 2013, also loves the Going the Distance actor because he’s a family man.

PHOTOS: Celeb couples and how they met

“Justin likes being at home with his parents and I like that about him,” she added of her beau, before explaining that their relationship works because she has a sense of self.

“I really do have my own identity, both inside and outside the relationship, if that makes any sense,” the 29-year-old told Vogue. “It just feels right. It’s also really good to feel okay being alone.”

Seyfried also revealed she wants to settle down one day.

“I want to have kids. And I want them to go to local schools, and there are some really good schools around here,” she told the magazine about wanting to raise a family and live in upstate New York’s Stone Ridge. “I would like my life to be the same as it is now, but with a little less stress and a little less work.”

Your Horoscope: What’s in Store for You This Week!
‘Good Morning America’ Anchor Amy Robach Has Worked Hard For Her Money: Find Out Her Net Worth
Rob Kardashian’s Weight Loss Photos Through the Years Will Have You Rooting for Him
END_OF_DOCUMENT_TOKEN_TO_BE_REPLACED