Sarah Michelle Gellar Admits Her and Freddie Prinze Jr.’s Parenting ‘Expectations Are a Little Higher Than Most’
Shoppers Say This Is the Softest Cardigan You’ll Ever Own
La Adelita Tequila: The Hottest New Drink in Aspen
END_OF_DOCUMENT_TOKEN_TO_BE_REPLACED

All smiles! After Us Weekly exclusively broke the news that Ben Affleck has been dating his kids’ ex-nanny, Christine Ouzounian, the 28-year-old California native stepped out in L.A.

Ouzounian was photographed on Wednesday, July 29, flashing a big smile for the cameras — just hours after Us revealed her A-list romance. She wore a white top and jeans, accessorizing the look with black flats, a black Henri Bendel purse, large sunglasses, and giant dangling earrings.

The Arizona State University communications grad has plenty of reasons to smile these days. Sources tell Us that after going to work for Affleck, 42, and wife Jennifer Garner, 43, during the couple’s secret 10-month trial separation, Ouzounian and the two-time Oscar winner sparked up a flirtation — which then turned into more. 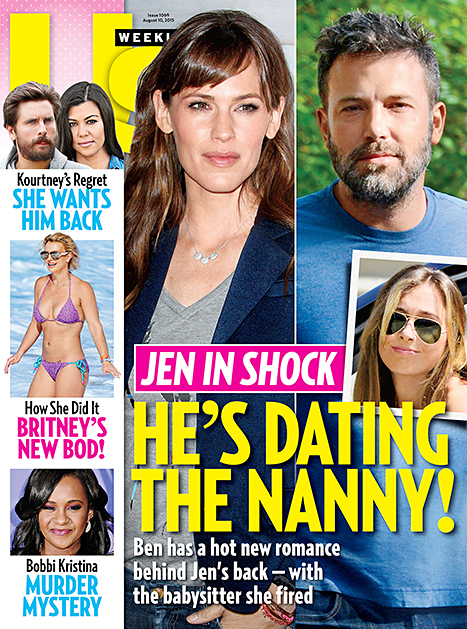 “She says Ben really, really likes her,” an Ouzounian pal tells Us. “She’s saying this is true love.” (A rep for Affleck tells Us “all allegations of a romantic relationship are baseless and untrue.” Ouzounian couldn’t be reached for comment.)

PHOTOS: Ben Affleck and Jennifer Garner, the way they were

When Ouzounian began caring for Affleck and Garner’s children Violet, 9, Seraphina, 6, and Samuel, 3, she and Affleck “would hang out without the kids,” the friend notes. “And they were very flirty.”

Though Garner let Ouzounian go after discovering there was something going on between her and Affleck, sources say the ex-sorority girl remained in the actor’s life. She visited him at his L.A.-area rental on July 17, and, according to a source, was also in contact with him through text and email.

For more details on how the romance began — and Garner’s reaction — pick up the latest issue of Us Weekly, on stands now!

Sarah Michelle Gellar Admits Her and Freddie Prinze Jr.’s Parenting ‘Expectations Are a Little Higher Than Most’
Shoppers Say This Is the Softest Cardigan You’ll Ever Own
La Adelita Tequila: The Hottest New Drink in Aspen
END_OF_DOCUMENT_TOKEN_TO_BE_REPLACED