Sarah Michelle Gellar Admits Her and Freddie Prinze Jr.’s Parenting ‘Expectations Are a Little Higher Than Most’
Shoppers Say This Is the Softest Cardigan You’ll Ever Own
La Adelita Tequila: The Hottest New Drink in Aspen
END_OF_DOCUMENT_TOKEN_TO_BE_REPLACED

Caila Quinn is feeling 25! Over the weekend, the Bachelor in Paradise alumna celebrated her birthday with a brunch at Harold’s Meat + Three restaurant in New York City.

With a table embellished with fresh fruit, every inch of which was filled with family-style mouthwatering platters, Quinn created a very seasonal setting with a cozy feel. “My mom kept saying to all my guests, ‘Here, take a pomegranate to go! Or some oranges for later. Nothing’s going to go to waste today!’” Quinn exclusively tells Us Weekly. 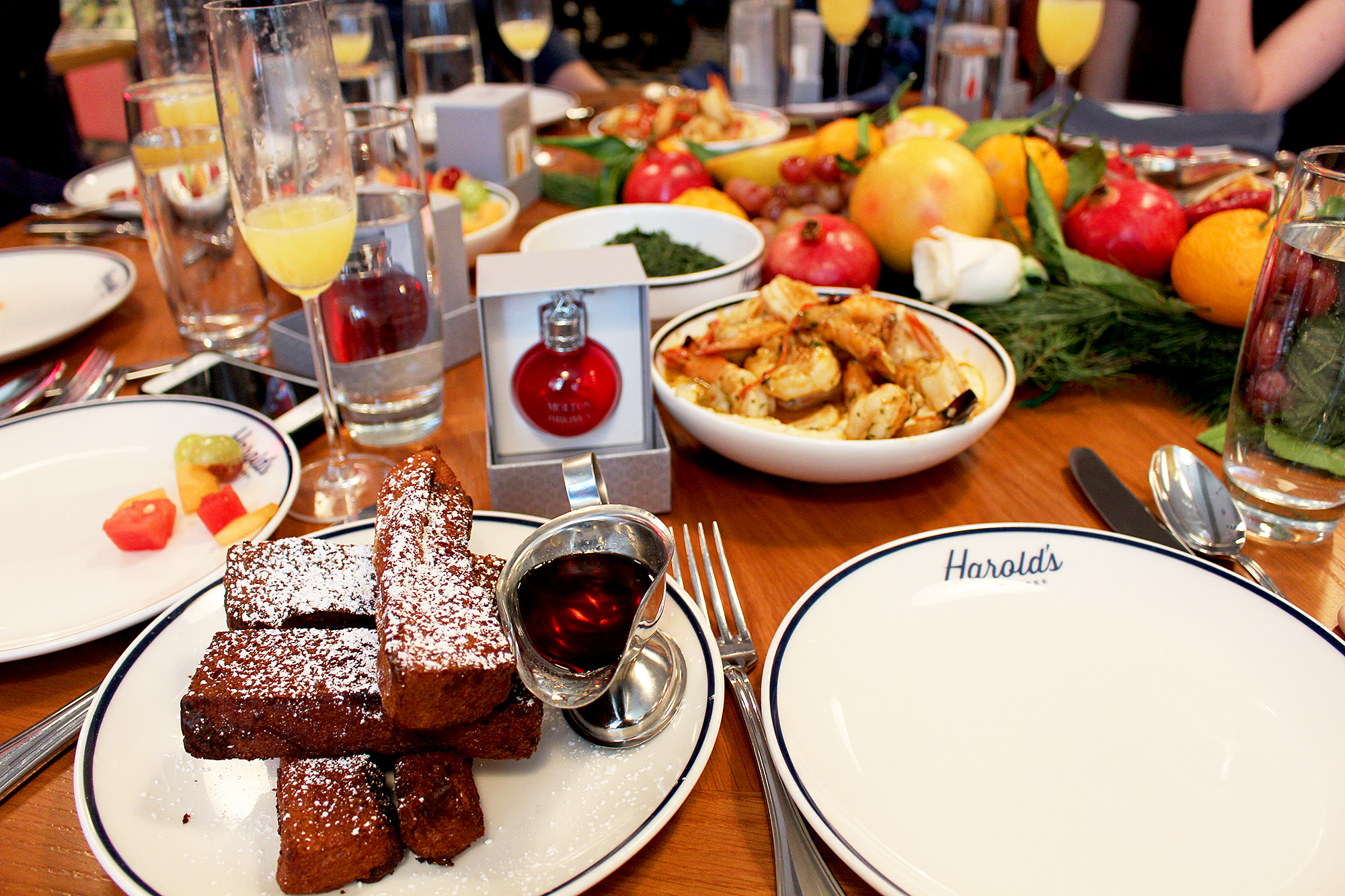 Welcoming old and new friends from all across the country (Bachelor alum Lauren Himle flew in from Michigan!), Quinn, who was dressed to the nines in a Nicole Miller frock, hosted a beautiful brunch where her guests indulged in avocado toast and engaged in acoustic karaoke as John Jorge played music. 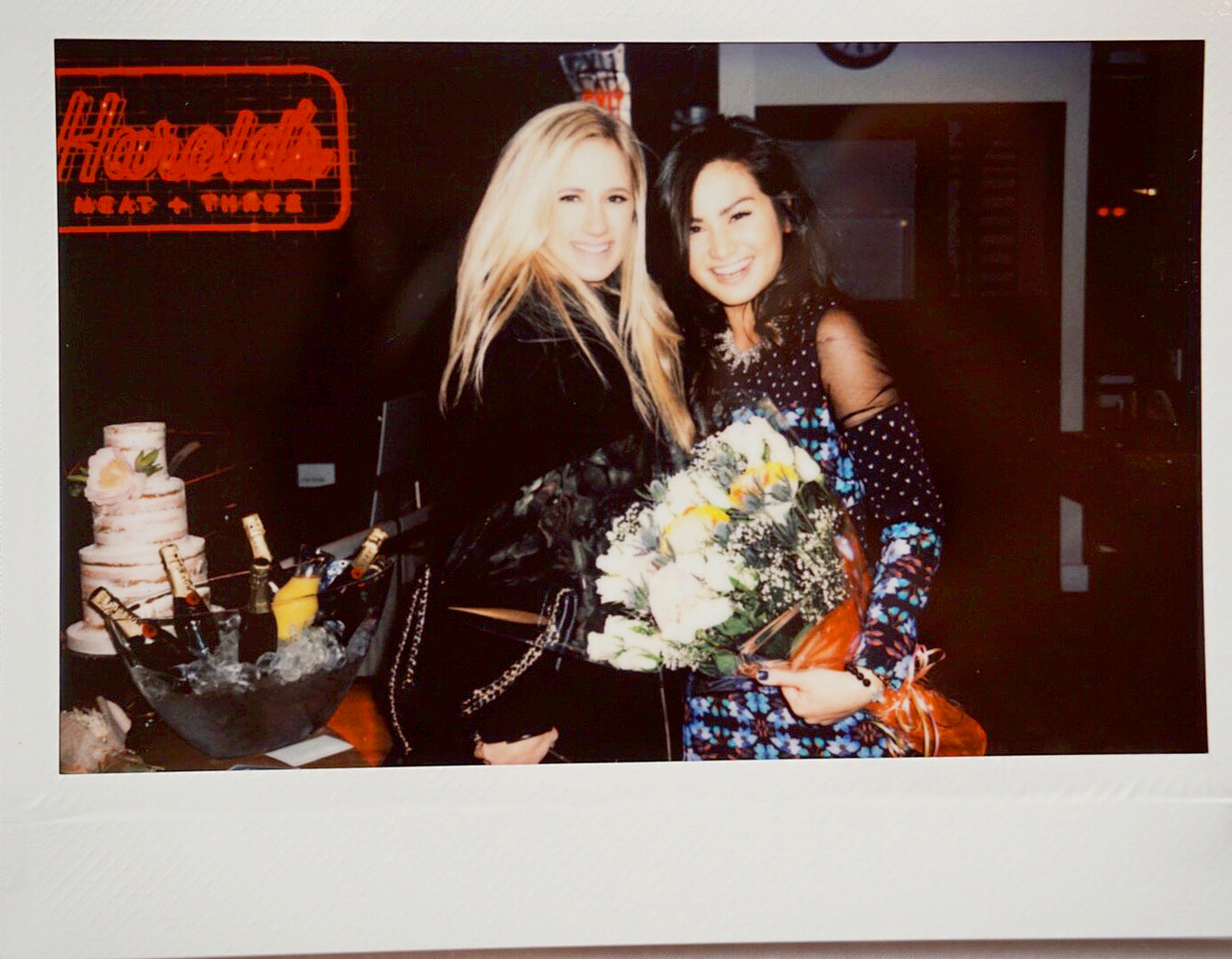 The lifestyle and fashion blogger revealed to Us the glamorous details of her intimate gathering, including the surprising variety in attendees. From her parents, who came in from Ohio, and school friends, to her Bachelor co-stars such as Izzy Goodkind and New York neighbors, every important person in the former Bachelor in Paradise contestant’s life traveled to the city to partake in the festivities.

Despite the drama that went down on The Bachelor, Quinn confirms that she and the former Bachelor contestants who live in New York get together at least once a month!

Quinn discloses, “We are all actually pretty good friends, and we support each other and come to each other’s defense. We all have very similar tastes in that we’re young and just want to enjoy the city, and are kind of all new to dating in this busy metropolis, so it’s kind of fun to share and swap dating stories all the time!” We can only imagine the tales that these ladies have to tell!

The group also plans on watching Nick Viall find love on The Bachelor come January, and because competition is in their nature, they plan on starting a betting pool. Game on!

Taking to the stage later, Quinn also entertained her guests by singing Michael Bublé’s “Haven’t Met You Yet,” which she admits “was very, very fitting.” Fellow alums of the dating show Olivia Caridi and Leah Block treated the group to a rendition of “Sweet Home Alabama.”

“Olivia has the best sense of humor and makes the whole room laugh, and so she put on her country accent and sang the loudest, and it was great,” Quinn recalled.

To finish off the decadent brunch, which also included mimosas and French toast sticks, all 32 guests were treated to a stunning three-tier strawberry cream cake garnished with hand-painted sugar flowers which were made from scratch by New York wedding cake designer Madison Lee.

But the extravagance didn’t stop there! Former Bachelor star Sharleen Joynt (who missed the celebration due to an audition) gifted the birthday girl with a hand-painted portrait of Caila blogging in a stylish outfit. “The girls from the show have been unbelievably supportive and the sweetest, and I just feel very grateful,” she gushed.

The past few years of the reality star’s life have been quite busy to say the least, and she’s had her fair share of highs and lows. But, in good spirits, the ever so positive Quinn remarks, “I feel like 25 is my year. I think all the puzzle pieces are coming together, and the end result will be something I’m really proud of.”

She even commemorated her big day with a post on WithLoveCaila.com, where she shared 25 life lessons she’s learned in her lifetime.

“One of the lessons I’ve learned is that if you don’t listen to the complaints of strangers, then the criticisms won’t hurt you,” she says. “That’s one of the things that the producers from the show taught me. And then another one that’s funny is people will be dramatic in order to get a reaction from you, so be a mountain. And I learned that from the Bachelor in Paradise.”

Sarah Michelle Gellar Admits Her and Freddie Prinze Jr.’s Parenting ‘Expectations Are a Little Higher Than Most’
Shoppers Say This Is the Softest Cardigan You’ll Ever Own
La Adelita Tequila: The Hottest New Drink in Aspen
END_OF_DOCUMENT_TOKEN_TO_BE_REPLACED