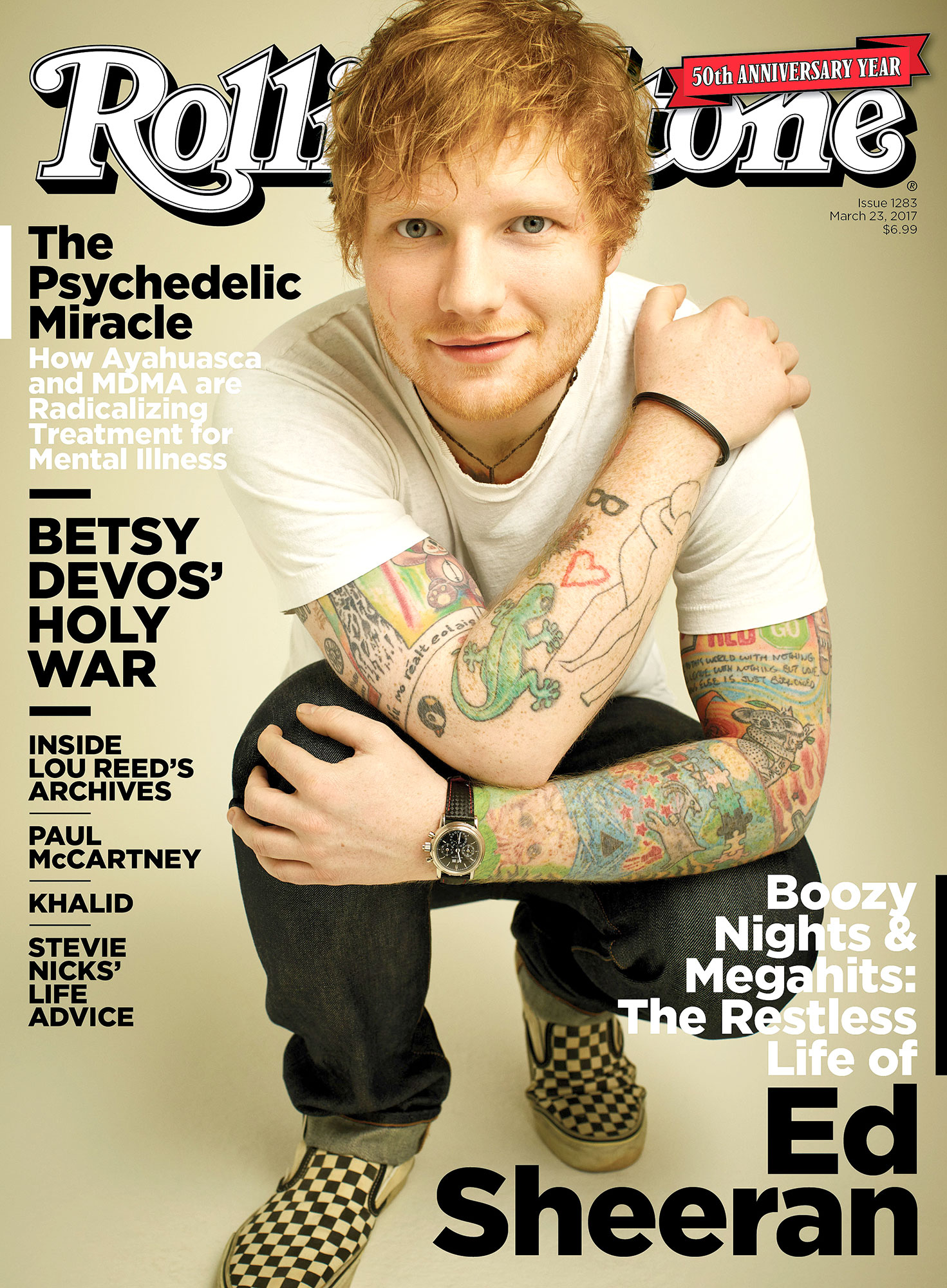 Nothing can divide them! Ed Sheeran opened up about his close bond with BFF Taylor Swift in his new Rolling Stone cover story. The British singer, who just dropped his third album, Divide, first met the pop star when he opened for her 2013 Red Tour.

“I was on the most amazing f–king tour in the world. I was just living in a country that I didn’t belong in, in a town I didn’t really know anyone,” Sheeran, 26, told the mag. “She would be there if everything ended for me. Taylor is kind of an anomaly in that sense. She’s omnipresent because she’s the most famous woman in the world, so she can’t make the decision to not be in the press. I always stick up for Taylor.”

Sheeran, who dropped out of school in 2007 when he was 16, moved to Nashville before taking on the 66-date run. He quickly rubbed shoulders with her famous pals, and even hooked up with some of them.

“Taylor’s world is celebrity. I was this 22-year-old awkward British kid going on tour with the biggest artist in America, who has all these famous mates. It was very easy,” he said of receiving attention from the opposite sex. “I would often find myself in situations just kind of waking up and looking over and being like, ‘How the f–k did that happen?'”

As Us Weekly exclusively revealed in 2013, Sheeran briefly hooked up with Selena Gomez and reportedly wooed Ellie Goulding. (Goulding has denied the rumors.) One person he hasn’t dated, however, is Swift herself.

“I found that aspect quite lazy journalism,” he told RS of headlines connecting them romantically. “There wasn’t any truth to it whatsoever.” Today, the “Shape of You” singer is dating high school friend Cherry Seaborn. The pair reconnected at one of his shows a few years ago.

“It’s awesome meeting famous people. But that’s not life. That’s not reality,” Sheeran told RS. “One day this will f–king end. And I know the one person that’s going to remain constant is Cherry. I should just enjoy this while it’s there, but not let it become my reality. Because that’s not the reality I want to live in.”

The “Castle on the Hill” singer feels the same way about Swift, even though they only see each other once or twice a year. “We’ve gotten matching Scottish folds, made each other arts and crafts Christmas presents, vacationed with our families, and had each other’s backs,” Swift told Rolling Stone. “He is the James Taylor to my Carole King and I can’t imagine a time when he wouldn’t be.”

For more highlights, see what else Sheeran had to say below:

He almost died during a volcano tour
Sheeran had to be airlifted to a hospital after he lost his footing in Iceland and almost plunged both feet into 200-degree water. “I still have post-traumatic stress over it,” he said.

Rapping to Eminem helped his stutter as a kid
“You’d put your hand up and not be able to speak. And kids are cruel. So once that would happen, someone would imitate it. And then you’d be like, ‘I’m not going to put my hand up next time.'”

He’s assembling a boy band
“Superpop, but obviously credible. I’m gonna put three or four boys together and do all the songs, take them on the stadium tour with me.”