For the future first lady of the United States, her 10-year-old son trumps all other responsibilities. Since her husband, Donald Trump, was elected 45th president of the United States November 8, Melania Trump remains just as hands-on as ever, sources reveal in the new issue of Us Weekly. As Melania herself recently told Us, “I’m very involved.” Find out more in the video above, and detailed below.

With no nanny on staff, the Sevnica, Slovenia, native, 46, makes her way from Trump Tower in NYC’s midtown to the Columbia Grammar and Preparatory School on the Upper West Side for drop-offs, pick-ups and school events. Melania “is almost always there,” says one local, who notes she arrives via chauffeured Cadillac Escalade. “She’s always very sweet, very kind.” Camera ready too. The 5-foot-11 beauty, reveals another source, “comes in full hair and makeup.”

During school hours, she turns her attention to business. The entrepreneur — who, until recently, designed her own QVC jewelry line and developed a short-lived skincare line — has been focused on finding an experienced social secretary to help organize dinners and oversee domestic employees at the White House. 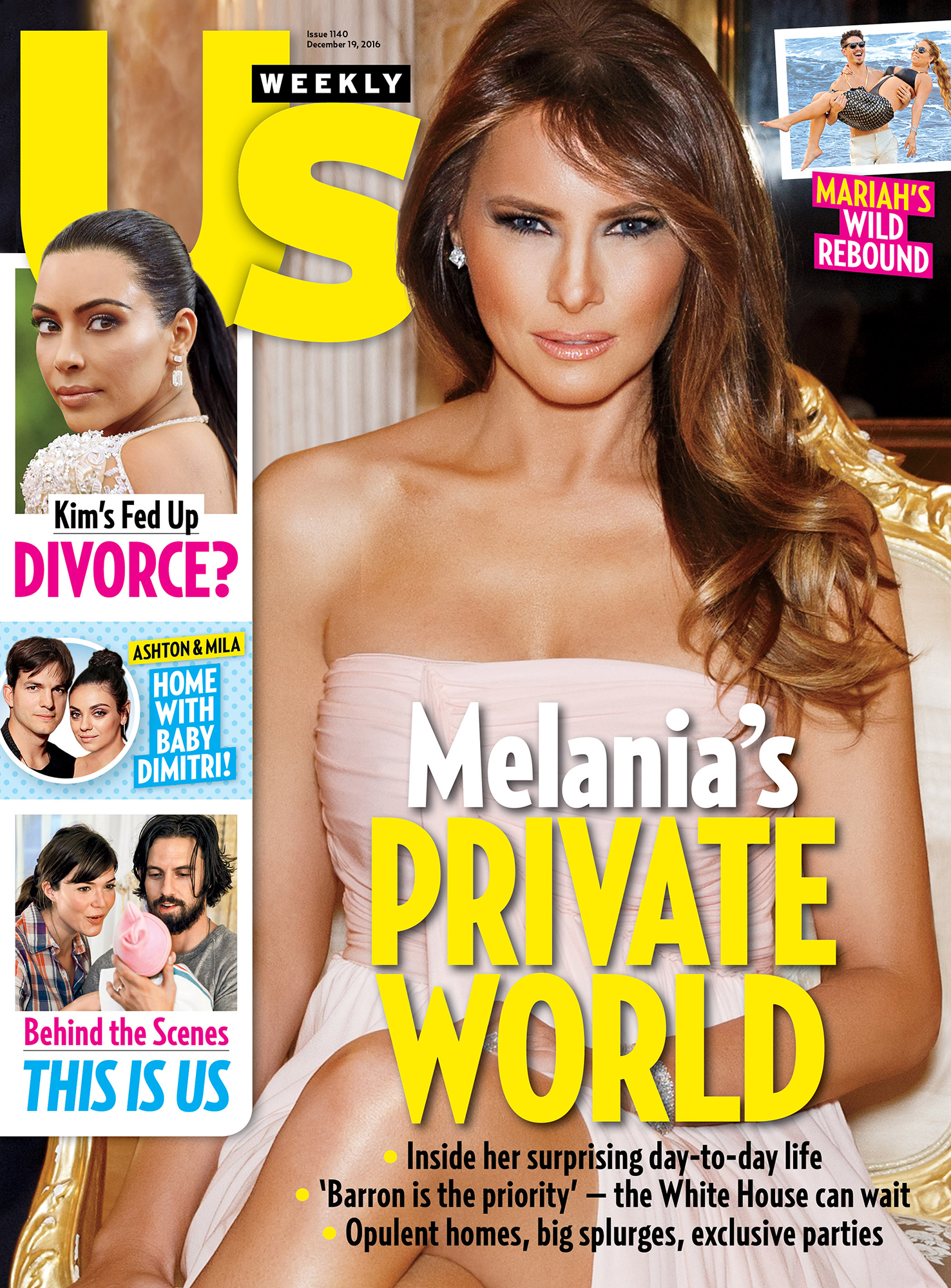 According to Kate Andersen Brower, author of First Women: The Grace and Power of America’s Modern First Ladies, Melania has enlisted a former aide to First Lady Laura Bush to help make hires. (A rep for Melania denies this.) The future FLOTUS, explains the historian, “needs someone who can essentially act as first lady while she is in New York.”

As Us previously reported, Melania and Barron will remain in the Empire State and postpone relocating to 1600 Pennsylvania Avenue when her husband is sworn in January 20. “It was her decision not to move Barron to the White House,” says a family friend, who confirms Barron will finish the school year in NYC. “She was adamant about it.”

When 3 o’clock hits, Melania is back in mom mode. “It’s all about homework and after-school programs,” she recently said. (Like Donald, both Melania and Barron play chess: “It’s a great competition,” she says.)

If her husband of 11 years is home, the trio try to eat a meal, prepared by their private chef, as a family. Those intimate moments around the table at their Palace of Versailles–inspired apartment — where Barron has a full floor to himself — are key.

Says Melania: “We love to catch up on our daily life and to have dinner. When you’re together and you have great conversation, it’s priceless.”

For more on Melania’s life with Donald and Barron, pick up the new issue of Us Weekly, on stands now!