A pair of lovebirds! Jessica Biel opened up about why her marriage to Justin Timberlake works in her new cover story for Marie Claire.

“We have similar values; we believe in loyalty, honesty,” the actress, 35, told the magazine for an interview published in its August 2017 issue. “We like to have fun. We like a lot of the same things. Also, in the business, we’re all very career-oriented, and you have to be a little selfish. I understand that about my peers — about being focused and driven — and if you can find that and someone who shares the same values as you, it’s like: Score!”

The happy couple’s marriage also works because they have plenty in common. The “Can’t Stop the Feeling!” singer, 36, kicked off his career at a young age, appearing on the TV shows Star Search and The All-New Mickey Mouse Club before joining the boy band ‘NSync. Biel, meanwhile, starred in 7th Heaven as a teenager. 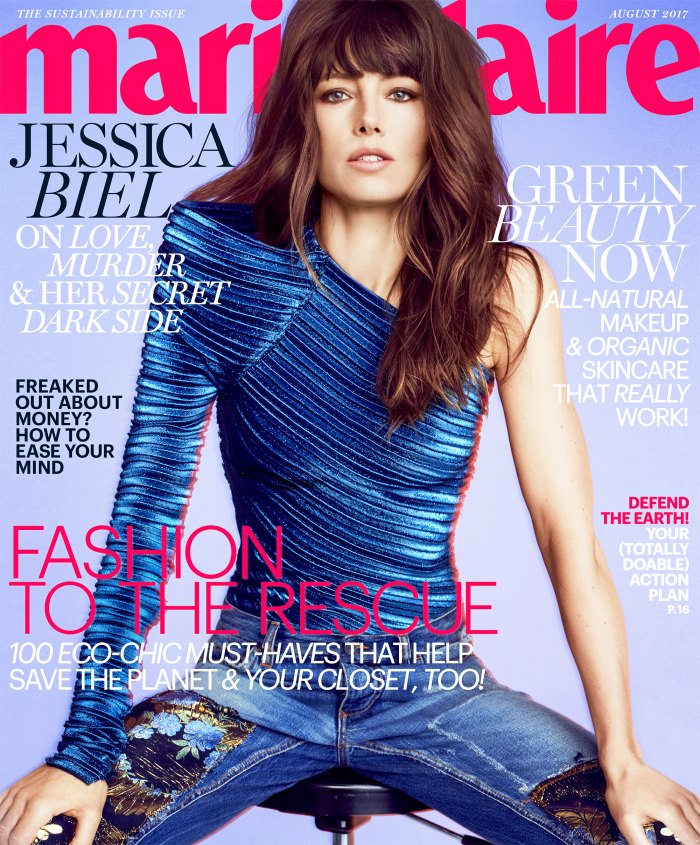 “My Hollywood experience as a young person was never one of those True Hollywood stories where I was left alone to my own devices with no parental supervision,” she told Marie Claire of conquering her early years in the industry. “There was always somebody with me.”

These days, the Sinner actress and the Grammy winner keep busy with not only their careers, but also their 2-year-old son, Silas. “You think you’re a selfless person, and then you realize you’re not,” Biel said of what she has learned from motherhood.

“These little people come around, and they require so much, and your schedule is really not your own, nor is it important anymore, and it’s very clear that it’s your life now revolving around this dude,” she continued. “I’m not that person who feels like, ‘Oh, my whole life changes for my kid,’ but it does.”

Biel and Timberlake tied the knot in October 2012 after five years of dating.