Get Your Glow On With These 10 Spring and Summer Must-Have Beauty Products
‘Vanderpump Rules’ Reunion Taping Postponed: 7 Questions We Need Answered at the Reunion
Stars Affected by the Coronavirus Pandemic: Tom Hanks, Orlando Bloom and More
END_OF_DOCUMENT_TOKEN_TO_BE_REPLACED

What might have been! Dance pro and actress Julianne Hough got personal in the August 2014 issue of Redbook, digging deep and analyzing where she went wrong in her past relationships.

The Dancing With the Stars alum, 25, has been dating hockey player Brooks Laich since December 2013; before Laich, of course, there was Ryan Seacrest, her serious boyfriend for nearly three years. 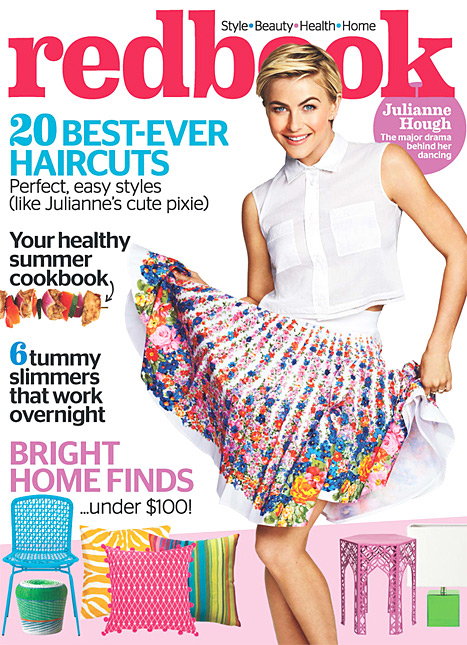 These days, she’s way more than content with her NHL hunk. The pair were set up by mutual pal Teddy Sears last winter and have been going strong ever since.

“Now I’m not holding anything back, because I’d rather get my heart broken than never know what it is to be completely, madly in love,” Hough added. “If I had been this open in my last relationship, who knows?”

After splitting from the American Idol host Seacrest, 39, in March 2013, the Safe Haven star took some time off from dating, and came to a new realization while on a trip with her family.

“I had this epiphany when my family went to a six-day seminar [last November] about creating your own destiny,” she said. “I learned so much about myself and why my relationships didn’t work that by the end I was on a high. I was seeing a couple people, but immediately [pretends to text guys], ‘You are nice, but this is going nowhere.’ The next day my Curve costar introduced [Brooks and me]. It couldn’t have been a better time. We’ve been open and honest from day one.”

Get Your Glow On With These 10 Spring and Summer Must-Have Beauty Products
‘Vanderpump Rules’ Reunion Taping Postponed: 7 Questions We Need Answered at the Reunion
Stars Affected by the Coronavirus Pandemic: Tom Hanks, Orlando Bloom and More
END_OF_DOCUMENT_TOKEN_TO_BE_REPLACED