Your Horoscope: What’s in Store for You This Week!
‘Good Morning America’ Anchor Amy Robach Has Worked Hard For Her Money: Find Out Her Net Worth
Rob Kardashian’s Weight Loss Photos Through the Years Will Have You Rooting for Him
END_OF_DOCUMENT_TOKEN_TO_BE_REPLACED

No one can talk about Justin Bieber’s romantic life without mentioning Selena Gomez. The seemingly star-crossed former loves aren’t afraid to talk about one another in almost every single interview they have. That applies to the “Sorry” singer’s recent cover story with Billboard.

PHOTOS: Justin and Selena, the way they were

“I’m proud of the woman she is today,” he said in the interview. The pair have been in an on-off relationship since 2010, and Bieber said it was “too soon” to start a serious relationship with anyone else after their most recent split in 2014. “When you love someone that much, even if something comes between you, it’s a love that never really dies.”

And though he’s supportive of Gomez’s career, Bieber, 21, noted that he hasn’t listened to her new album, Revival, saying, “I know I had a lot of play in that one. I don’t know what she’s saying about me.”

He went on to tell Billboard that he was never serious with reality star Kendall Jenner and called model Hailey Baldwin, with whom he’s often photographed, “one of my best friends in the entire world.”

The former wild child also commiserated with other teenage stars in the spotlight.

“I want people to be more kind to young celebrities,” he said. “Like Kylie [Jenner]. Look at her world: She has been living on TV since she was a kid. Every time she’s looking around she sees a camera, and that’s affecting how she’s thinking and how she’s perceiving people and why she has to do certain things … Situations that happen taint your mind, especially in this industry. Especially for girls.” 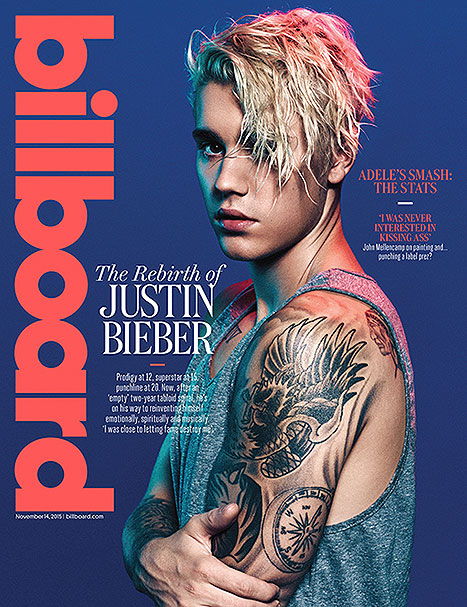 Your Horoscope: What’s in Store for You This Week!
‘Good Morning America’ Anchor Amy Robach Has Worked Hard For Her Money: Find Out Her Net Worth
Rob Kardashian’s Weight Loss Photos Through the Years Will Have You Rooting for Him
END_OF_DOCUMENT_TOKEN_TO_BE_REPLACED