Kate Hudson is spilling the tea. The 38-year-old actress opened up about her heath, happiness and the surprising benefit to having a shaved head in the October issue of Cosmopolitan magazine.

Hudson, who is the co-founder of the popular athleisure line, Fabletics, is no stranger to clean eating and exercise. She told the magazine that to her, being healthy means: “Staying connected! Tuning in and listening to what your body needs. Exercise, meditation, sleep, etc.”

Her post-workout beauty hack? “Shaving your head just cuts down on time spent post-sweat,” she quipped.

As Us previously reported, Hudson chopped off her blonde locks in July in preparation for the upcoming film Sisters — a project she collaborated on with Sia. The Almost Famous star gushed over the “Chandelier” songstress, calling her a “lifelong friend” and a “beautiful person.”

When Cosmo asked the Bride Wars actress which of her former costars she would choose to spend a weekend in Vegas with, she picked her How to Lose A Guy in 10 Days costar Matthew McConaughey and selected Liv Tyler as her roommate. 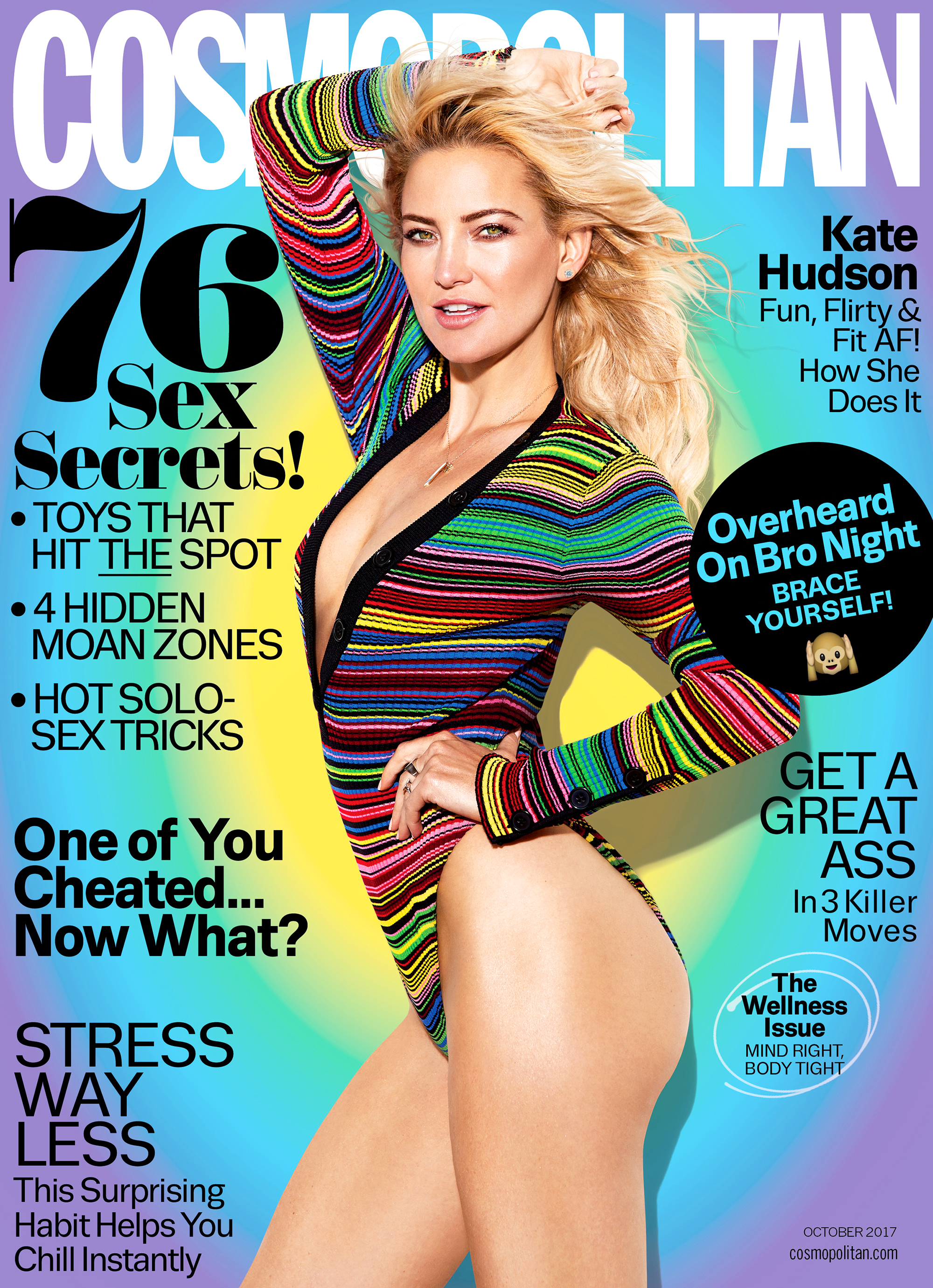 The California native had a surprising answer for who she’d want to play her “leading man” in a future film, naming her Clear History costar Larry David.

The blonde beauty also touched on the importance of family. With a major secret, she’d confide in stepdad Kurt Russell. And when in crisis, she turns to her brother, Oliver Hudson, for laughs and advice.

Kate Hudson Gushes Over BF Danny Fujikawa: 5 Things to Know About Him!

“There’s about 7 plus billion people in the world who don’t give a shit,” he tells her.

The October issue of Cosmopolitan hits newsstands on September 5.