Scoop up Amazon's Most In Demand Pull Up Sweater for 46% off!
Jennifer Aniston’s Facialist Compared This Mascara to Having Lash Extensions
Scoop Up the Foot Massager Kris Jenner Gifted to Her Daughters — $120 Off!
END_OF_DOCUMENT_TOKEN_TO_BE_REPLACED

That’s one proud mama. Kendrick Lamar shared his mom’s adorably excited, emoji-filled text about his new album, DAMN., in a post to Instagram on Saturday, April 22.

“OMG. This cd is bombbbbbb! ??? You should of put me and your daddy on this one too ?? j/k,” the text reads, with plenty of emojis sprinkled throughout. “This is your best one to me, no bulls–t ?. Your daddy said u looked stressed out on the cover lol I said n—a that’s the point, we always stressing him out ?? Since a Lil boy you been a over thinker though?? … But What you say, a n—a make it look sexy????”

Continued Lamar’s ecstatic momma: “Boy you can make a dog laugh. Lil ken ken milli rockin’ to it. He so weak lolol Album is bomb bomb bomb bomb!??? I missed the Coachella stream ??? They say you was floating in air??!!! Your fans are some die hards. I love them.”

Lamar, 29, captioned the post with a simple trio of skull emojis, and in the text exchange, his response was an amused one. “You going emoji brazy,” he replied to his mom. “Who taught you ‘?’? Lol.”

Lamar’s mom even got to deliver the last lines of the album: “… And I love you, Kendrick, if I don’t hear you knocking on the door, you know where I usually leave the key. All right? Talk to you later, bye.”

Relive the Most Awkward Moments From Grammys 2017 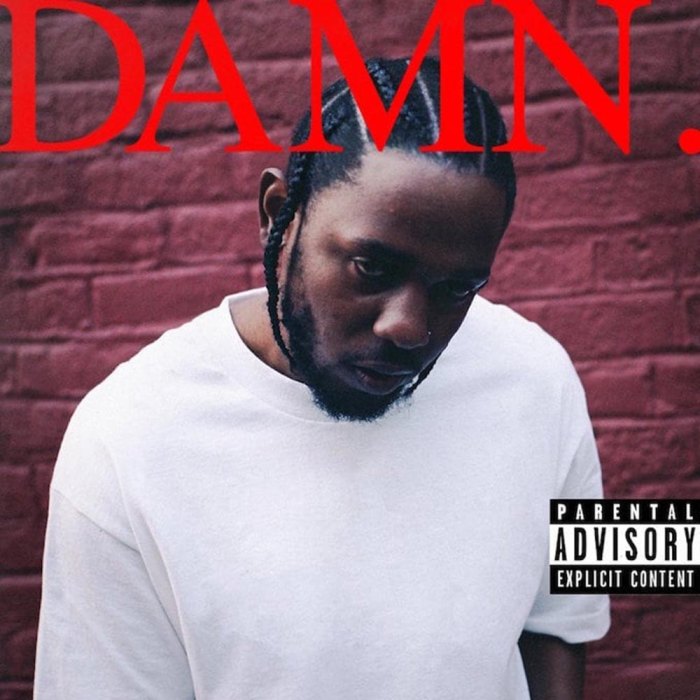 The rapper’s most recent album also marks his third No. 1, following last year’s Untitled Unmastered and 2015’s To Pimp a Butterfly. According to Billboard, Lamar’s DAMN. has had the biggest week for an album in 2017, raking in 603,000 album units in the week ending April 20. (The previous record holder for 2017’s biggest week was Drake’s More Life, which brought in 505,000 units at the end of March.)

Scoop up Amazon's Most In Demand Pull Up Sweater for 46% off!
Jennifer Aniston’s Facialist Compared This Mascara to Having Lash Extensions
Scoop Up the Foot Massager Kris Jenner Gifted to Her Daughters — $120 Off!
END_OF_DOCUMENT_TOKEN_TO_BE_REPLACED