No longer with her? Kim Kardashian, once a vocal supporter of Democratic presidential nominee Hillary Clinton, reportedly said in a new interview that she is thinking about voting for Republican candidate Donald Trump instead.

According to an excerpt obtained by Evening Standard, while chatting with Wonderland magazine for its Autumn 2016 cover story, the Keeping Up With the Kardashians star, 35, revealed that a discussion with her conservative former stepparent Caitlyn Jenner caused her to think twice about casting her ballot for Clinton, 68, this coming November.

“At first I thought, Oh, my God, I’m so Hillary [Clinton], but I had a long political call with Caitlyn last night about why she’s voting Trump. I’m on the fence,” Kardashian told the publication, according to Evening Standard.

After the quote gained buzz online, the magazine disavowed the Selfish author’s quotes about Trump, 70. A rep for the publication also told Just Jared, “Wonderland did not print or publish that. The issue is on stands and that’s not in it.” 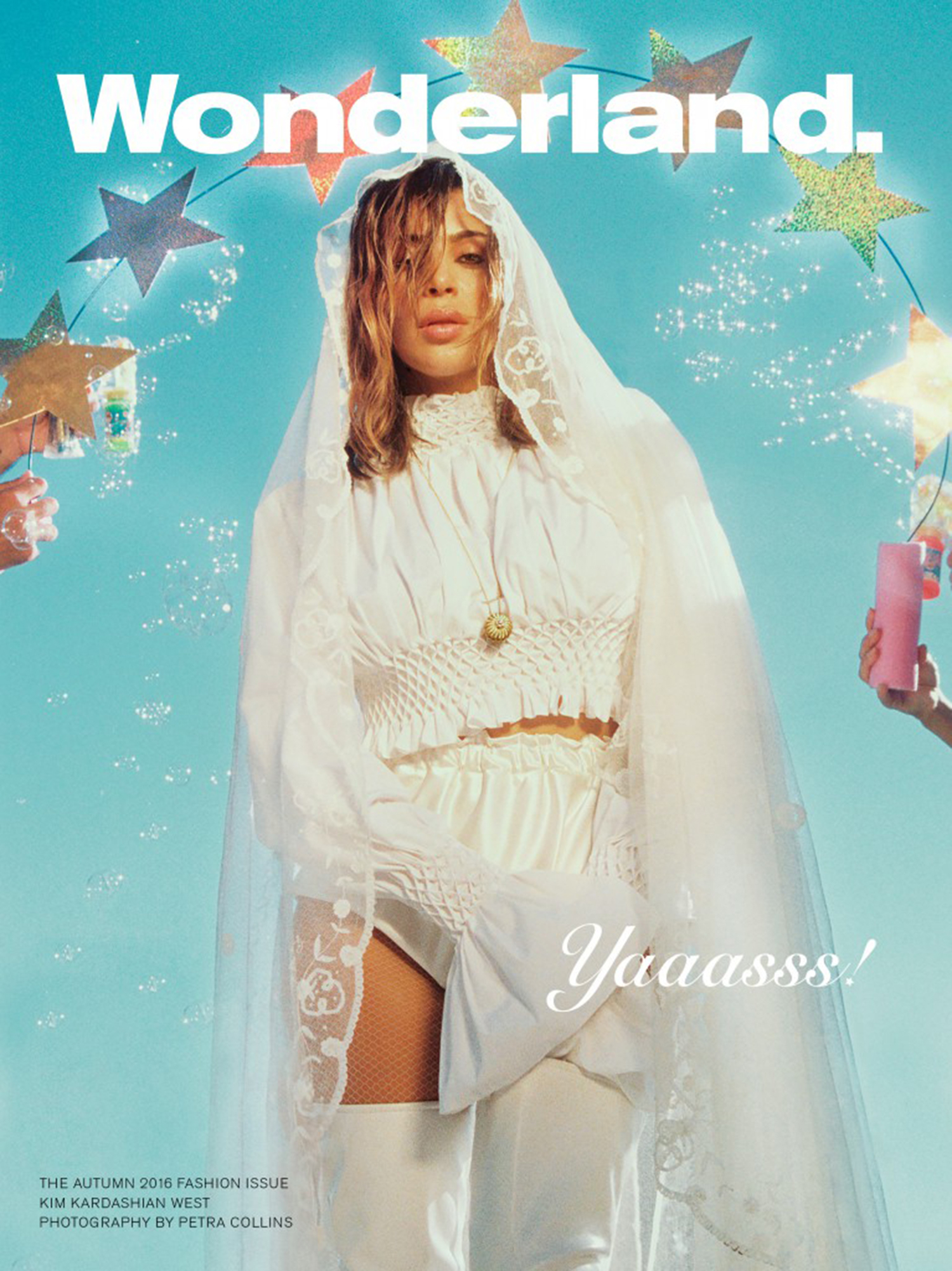 However, the Huffington Post confirmed the validity of the reality personality’s quotes, and their reporter tweeted that the quotes were sent to the Evening Standard “as a promo” for the Wonderland interview.

Jenner, 66, hasn’t been shy about voicing her political opinion. “Everybody looks at the Democrats as being better with these issues. But Trump seems to be very much for women,” the former Olympian and LGBT advocate told STAT back in June, praising the real estate mogul.

Kardashian — a self-proclaimed “liberal Republican” — seemingly endorsed Clinton this past January when she posted a selfie with the former secretary of state. “I got my selfie!!!” the mom of two wrote at the time. “I really loved hearing her speak & hearing her goals for our country! #HillaryForPresident.”

On the Ellen Show today Hilary Clinton talks about how she never looked better in our perfectly lit selfie! #LUMEE pic.twitter.com/6svy37T46u

As fans may recall, Kardashian and Trump worked together in 2010 when the E! personality appeared on season 10 of Celebrity Apprentice — an experience that the presidential candidate still has fond memories of.

“Well, look, she was so nice to me,” Trump told Yahoo! News of his friendship with the reality TV queen during a November 2015 profile. “I mean, every time I see her, she’s just — I’m just going to say she was always nice to me.”