Hitting the mark! Kylie Jenner altered one of her ankle tattoos, which was previously a small “T,” following her split from her boyfriend of four years, Tyga, earlier this year.

The 19-year-old reality star showed off her new ink, which now reads “la,” while out in London with her new boyfriend of several months, Travis Scott. The change in body art comes weeks after the new couple showed off their matching ankle tattoos in June. Both Jenner and the rapper, 25, posted a captionless photo of their small butterfly tattoos to Snapchat. Jenner got hers just above her ankle on the back of her right leg, while Scott’s is in the same spot on his left leg. 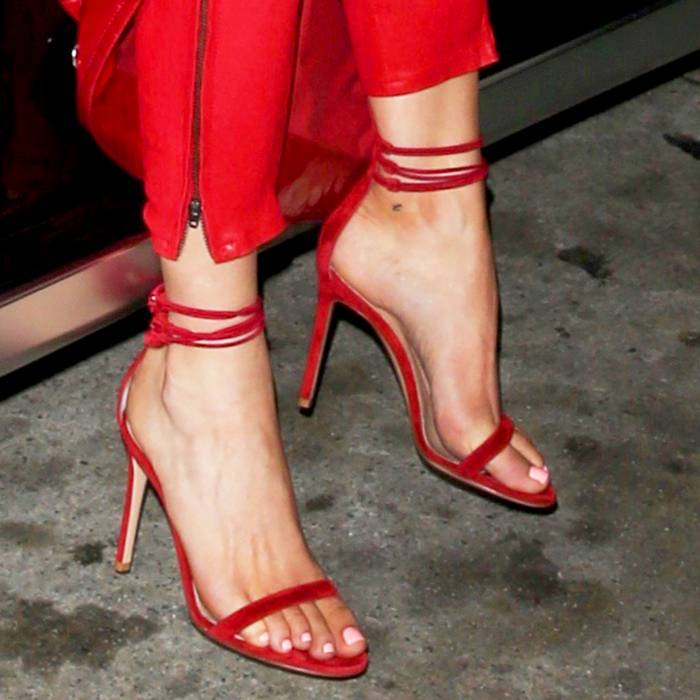 The tattoos appeared to be a nod to Scott’s song “Butterfly Effect,” which many fans have speculated may be about Jenner after he posted a photo of his girlfriend and captioned it with the song’s title.

Though the couple has only been dating since April, they have been nearly inseparable since stepping out together at Coachella the same month. “They are spending a lot of time together. They’re serious!” a source told Us Weekly exclusively of the duo. “She’s really into him and has known him for a long time. Her family really likes him.”

The insider added that Jenner’s older sister Kendall approves of the relationship: “Kendall has also been friends with him for years.”

The couple began dating just a few weeks after Tyga and Jenner called it quits in March. As Us Weekly previously reported, Jenner and the “Rack City” rapper were fighting over how Tyga was portrayed on Keeping Up With the Kardashians. A source explained at the time: Tyga feels he’s been belittled on the show.”