Your Horoscope: What’s in Store for You This Week!
‘Good Morning America’ Anchor Amy Robach Has Worked Hard For Her Money: Find Out Her Net Worth
Rob Kardashian’s Weight Loss Photos Through the Years Will Have You Rooting for Him
END_OF_DOCUMENT_TOKEN_TO_BE_REPLACED

Tom Hiddleston has a lot to say about his ex-girlfriend Taylor Swift. The British actor opened up about their three-month whirlwind romance in a new interview with GQ magazine. Find out more in the video above, and detailed below!

The pop star, 27, moved on with Hiddleston after breaking up with Calvin Harris last summer. They were photographed kissing along the coast of Rhode Island in June, then spent the next few months traveling the world and meeting each other’s parents. Some people thought the relationship seemed too good to be true.

“Of course it was real,” Hiddleston told GQ in response to the rumors. “You have to fight for love. You can’t live in fear of what people might say. You know, you have to be true to yourself.”

He still has only good things to say about the singer, who he describes as “incredible,” to GQ. “Taylor is an amazing woman,” he told the mag. “She’s generous and kind and lovely, and we had the best time.”

One memorable moment from their romance was when Hiddleston was spotted wearing an “I [Heart] T.S.” tank top at Swift’s 4th of July party in Rhode Island. The shirt got a lot of attention — much to the Night Manager actor’s chagrin.

“The truth is, it was the 4th of July and a public holiday and we were playing a game and I slipped and hurt my back. And I wanted to protect the graze from the sun and said, ‘Does anyone have a T-shirt?’ And one of her friends said, ‘I’ve got this,'” he told the mag. “And we all laughed about it. It was a joke. It was a joke. Among friends.”

Hiddleston and the “All Too Well” singer were joined by famous pals including Blake Lively, Ryan Reynolds, Karlie Kloss, Gigi Hadid, Ruby Rose and Cara Delevingne for the weekend celebration.

“I’m still trying to work out a way of having a personal life and protecting it, but also without hiding. So the hardest thing is that that was a joke among friends on the 4th of July,” Hiddleston continued to GQ. “I just, I was surprised. I was just surprised that it got so much attention. The tank top became an emblem of this thing.” 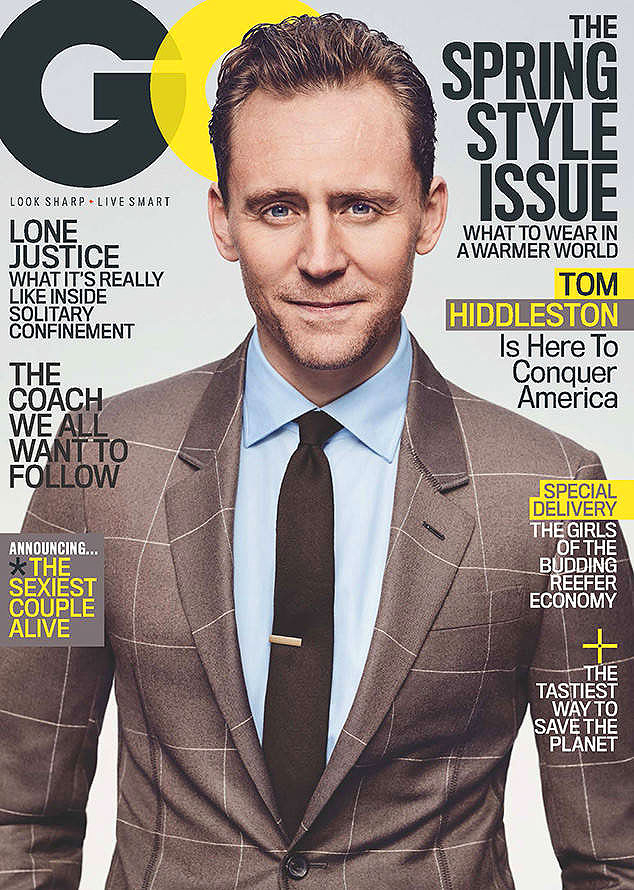 Two months after the big bash, Us Weekly exclusively confirmed that the couple had split. A source told Us that Swift was the one to put the brakes on the relationship.

“I have to be so psychologically strong about not letting other people’s interpretations about my life affect my life. A relationship exists between two people,” Hiddleston explained. “We will always know what it was.”

Your Horoscope: What’s in Store for You This Week!
‘Good Morning America’ Anchor Amy Robach Has Worked Hard For Her Money: Find Out Her Net Worth
Rob Kardashian’s Weight Loss Photos Through the Years Will Have You Rooting for Him
END_OF_DOCUMENT_TOKEN_TO_BE_REPLACED