As revealed in the new Us Weekly, Kim Kardashian and Kanye West are finally giving romance a go after years of an electric friendship.

The “Otis” rapper, 34, has pursued the reality starlet, 31, “for a long time,” one pal explained to Us. And, indeed, a prescient scene from a January 2011 episode of Kourtney and Kim Take New York –– filmed in mid-2010, when Kim was single — reveals obvious chemistry between the high-wattage twosome.

After West makes a surprise visit to Kim and Kourtney‘s DASH boutique in NYC’s SoHo neighborhood, Kim turns on her world-famous charm as the hip-hop superstar beams. 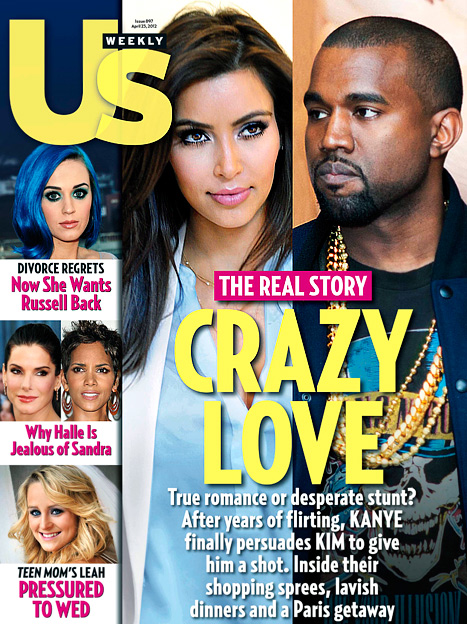 “Kim is single now and she is the most boy crazy girl I’ve ever seen. She just loves to flirt,” Kourtney, 32, marvels as she watches the pair have a giggly flirt-fest.

Flash forward to late last week — where Kim (prepping to divorce Kris Humphries) and single man Kanye stepped out in NYC again for drinks, theater, a visit to FAO Schwarz and more.

“It’s not a PR stunt,” another source insists. “They’re perfect for each other. He thinks she’s his Beyonce!”

Watch Kim and Kanye flirt in this clip now.