The Bra Lady Gaga Loves With Nearly 3,000 Reviews
Shoppers Say This Is the Softest Cardigan You’ll Ever Own
77.9% of Users Sustained Weight Loss Over 9 Months Using This Program
END_OF_DOCUMENT_TOKEN_TO_BE_REPLACED

It was a rough road for Cynthia Wells on My 600-lb Life‘s Wednesday, January 18, episode, as she ignored her doctor’s orders to visit a therapist post weight-loss surgery, saying after one appointment that she didn’t need a therapist, nor did she have an emotional connection to food. Watch what happened during her appointment in the video above.

Still, 42-year-old Wells from Oklahoma City lost 156 pounds in about a year, or about a quarter of her body weight, going from 610 pounds to 454. She cut out (mostly) a fast-food diet of french fries and large, greasy sandwiches for portion control, and progressed from needing constant breathing breaks while walking to being able to stay active outside by herself.

PHOTOS: Celebrity Weight Loss: Stars Who Have Been Spokespeople for Diet Programs

At the core of Cynthia’s weight problem was her insistence on blaming tough circumstances as justification for overeating, according to her physician, Dr. Nowzaradan. Cynthia, meanwhile, was adamant that she was not an emotional eater.

“I’ve decided to stop trying to live up to everyone’s expectations for me, including Dr. Nowzaradan,” Cynthia told the camera. “I’ve decided if he’s pushing me for therapy, I don’t need to see him right now. [I don’t] need him trying to make connections that aren’t there.” 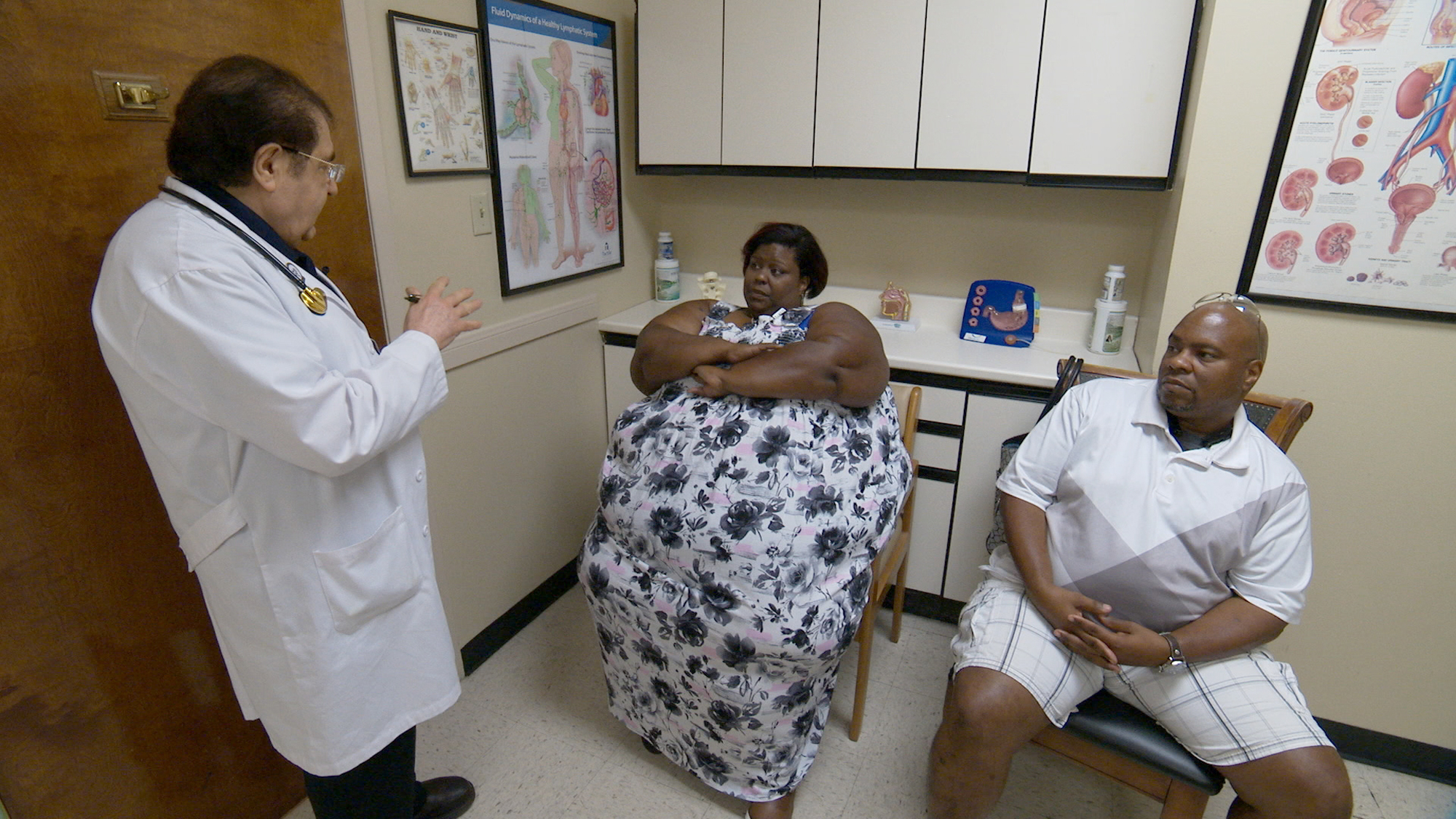 “He can’t help me at this point,” Cynthia said. “I just think I have to do it on my own right now.”

At Nowzaradan’s orders, Cynthia attended one post-weight-loss-surgery therapy session in which the therapist, Dr. Ashley Bryant, concluded Cynthia wasn’t open to treatment at that time. “Today was a bit of a waste of time in my opinion,” Cynthia said after the session. “I don’t need this kind of help. I need real help.”

Bryant said of Cynthia in an interview after the session, “She has built this strong and tough exterior that I’m afraid may be a barrier to her.”

PHOTOS: Biggest Costar Feuds Ever! These Celebrities Can’t Stand Each Other Off Screen

In general, Cynthia was a bit hesitant to trust in the counsel of Nowzaradan, who performed her “sleeve”-style weight-loss surgery and monitored her progress. During the surgery lead-up, she missed a monthly appointment and gained four pounds during a month in which she was expected to lose 30.

“If she doesn’t deal with some of her deeper issues, [it’s] just a matter of time [until] she turns back to it,” Nowzaradan told the camera after the surgery. “The hard work has to continue.”

While trying her best to lose weight initially, but not getting doctor approval for the surgery, Cynthia had several emotional “temper tantrums,” as she called them. She stressed about paying on her own dime for the trips to Houston (where Nowzaradan does the surgeries), while holding down the household as the sole provider for her five kids. Joined by her brother in their parked car after the doctor’s appointment, she dropped the F-bomb numerous times — and at one point suggested abandoning the show.

Ultimately, Cynthia’s five kids were the top motivating factor for the weight loss, she said — and the plan worked, as she soldiered through a 156-pound loss, which became visible by episode’s end. All the kids played prominent roles in helping Cynthia break through her personal and physical barriers. Her 12-year-old daughter, Ukiah, was perhaps the most impressive in her adult-like ability to juggle household chores (including cooking for the family of six) when her mom was too heavy.

“It’s really heartbreaking and sad,” Ukiah said of her pre-surgery mom, who had missed her daughter’s ballet performances with difficulty walking.

When her kids surprise-visited from out of town before Cynthia was about to have surgery, she said, “Knowing that they’re here gives me a lot of strength.”

Tell Us: What did you think of Cynthia’s story?

The Bra Lady Gaga Loves With Nearly 3,000 Reviews
Shoppers Say This Is the Softest Cardigan You’ll Ever Own
77.9% of Users Sustained Weight Loss Over 9 Months Using This Program
END_OF_DOCUMENT_TOKEN_TO_BE_REPLACED