The Best Portable Antibacterial Items That You Can Still Get on Amazon
Hand Sanitizers, Antiviral Products and Immunity Items to Stock Up on ASAP
Demi Lovato Is Dating ‘Young and the Restless’ Star Max Ehrich 3 Months After Austin Wilson Split
END_OF_DOCUMENT_TOKEN_TO_BE_REPLACED

Man v. Nudity! Travel Channel host Adam Richman revealed his massive 70-pound weight loss for the July 2014 issue of Cosmopolitan UK, (how else?) by posing nude for the mag.

“To go from hating the way I looked to being a Cosmo centerfold is a profound honor,” Richman, 40, told the mag. In the cheeky photo taken by Dave Shore, the Amazing Eats host smiles and rests against a white floor—embellished with USA soccer balls—with his hands splayed behind his head. The TV personality—perhaps best known for his former pig out show Man v. Food—looks at ease wearing a pair of red, white, and blue knee socks with cleats; the only item covering Richman’s (ahem) assets is a ball emblazoned with the American flag.

“If you’re a guy who’s always been the fun-to-be-around teddy bear, then all of a sudden people are viewing you as sexy, it’s nice,” he explained to British Cosmo. “It’s great not having to be the plucky best friend, or the comic relief anymore—I love that. Who wouldn’t rather hear, ‘Wow, you look great,’ than, ‘Ewww…’?”

While Richman definitely had good reason to brag in his naked editorial, he actually stripped down to raise awareness for male cancer for Cancer Research UK. Healthy living, after all, has been a big component of Richman’s lifestyle in recent years, especially after Man v. Food ended in 2010.

PHOTOS: Celebs' weight loss transformations -- before and after pics!

In a personal essay written for Men’s Health last December, Richman shared his struggle with his massive weight gain and health issues while shooting the popular food challenge show. “I was logging 15-hour days, sampling food every minute,” he wrote. “I had access to these amazing dishes, and it was easy to lose sight of how quickly the bites added up.”

“It was depressing,” he added of seeing himself on tape. “But it wasn’t just my appearance — airplane seats felt cramped, I was wearing an XXL jacket, and I had less energy. I went in for a checkup, and when my doctor had me stand on the scale, even he was surprised. Seeing that number (which I’ll take to the grave) was a turning point. I knew I needed to make a change.”

Richman adjusted his diet by working with his doctor and nutritionist. Soccer, it turns out, also had a big role in his transformation, too. “To combat the monotony of gym workouts, I started playing soccer,” the Brooklyn resident wrote. “My soccer training includes squats, pushups, resistance-band work, and sprints. Ninety minutes of running became part of my love of the game rather than a chore.”

His diligence paid off: Richman shed 70 pounds in 10 months. “Do I miss the food?” he wrote. “Sure…but not as much as I enjoy the benefits of being at a healthy weight.” 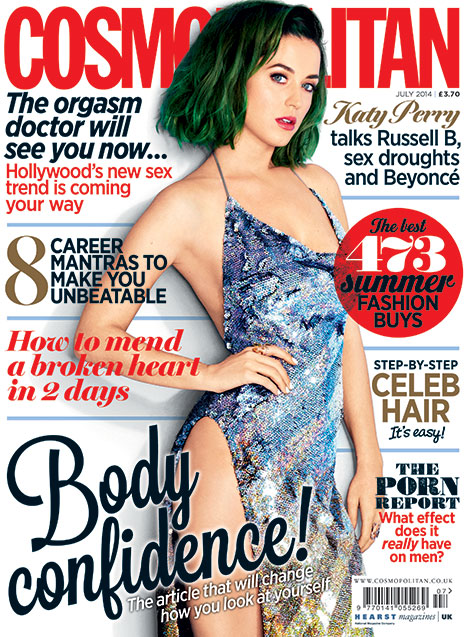 Tell Us: What do you think of his nude spread?

The Best Portable Antibacterial Items That You Can Still Get on Amazon
Hand Sanitizers, Antiviral Products and Immunity Items to Stock Up on ASAP
Demi Lovato Is Dating ‘Young and the Restless’ Star Max Ehrich 3 Months After Austin Wilson Split
END_OF_DOCUMENT_TOKEN_TO_BE_REPLACED