For Eva Mendes, family is everything. The 43-year-old actress opened up in a new interview about the joy of motherhood and raising her daughters with longtime love Ryan Gosling.

Chatting with Shape for their April cover story, Mendes revealed that her favorite moments are the ones spent with Gosling, 36, and their daughters, Esmeralda, 2, and Amada, 10 months.

“What people don’t know about me is that I love being home,” she told the magazine. “Instead of hitting the red carpet, I’d rather be with our girls.”

Though she cherishes her downtime with her hunky beau and their little ones, Mendes has also been making a recent effort to work on her fitness. According to the Hitch star, snapping back into pre-pregnancy shape has had its challenges, but hasn’t been as tough as she expected.

Celeb Moms Who Disappeared From Hollywood After Having Kids

“In some ways, it’s been more challenging to get back in shape after my second daughter,” she told Shape. “Yet it’s not as hard as I thought it would be, because I’m always running around with the kids. I never sit down — I’m on the move all day.”

Despite her busy lifestyle, Mendes makes sure to break a sweat at the gym several times a week. “Working out allows me to spend time on myself,” she explained. “Knowing that I have an hour to dedicate to my wellness is a priority for me now.” 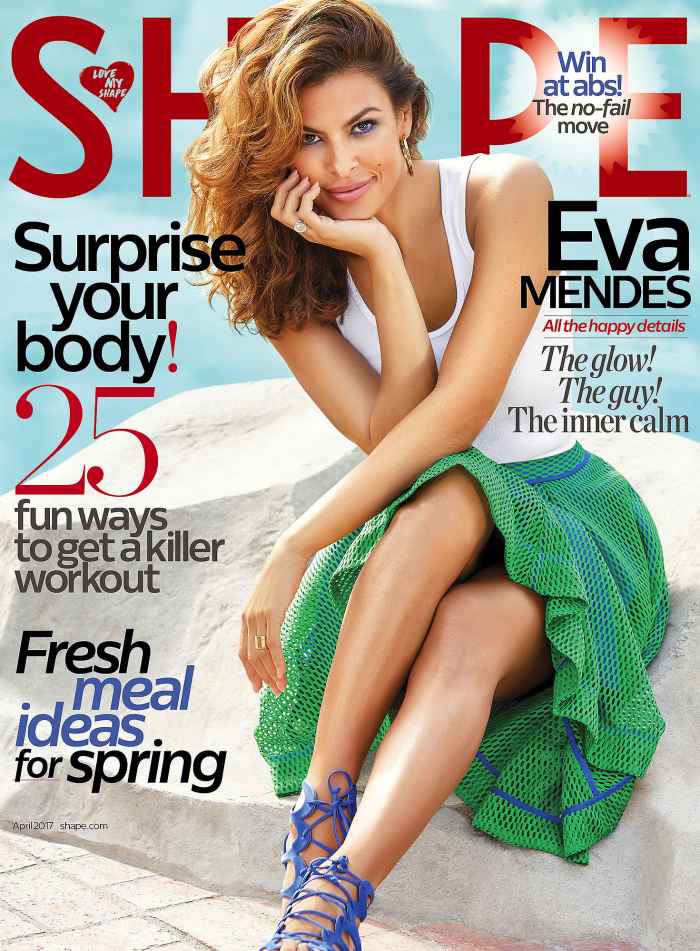 When it comes to her personal exercise regimen, the Miami native told Shape that she loves cardio intervals mixed with weight-lifting. “I see great results with that versus the 30 or 45 minutes of steady cardio I used to do on the treadmill,” she said, noting that she values the importance of recovery days. “I’m off-season right now, so I work out three days a week. But when I’m getting ready for an event or in the summer, it’s five days a week. I don’t exercise more than that though, because I see better results when my body has a rest period.”

While she is committed to her health, Mendes still indulges her sweet tooth every now and then. Her current craving? Cadbury eggs. “The mini ones and the big ones with the filling,” she admitted, adding that her mother’s Cuban cooking is also irresistible. “My mom makes me the best black beans in the world. I’ll never stop devouring them.”