Jessica Simpson 'Felt Like a Call Girl' Amid Secret Affair With Movie Star
John Legend: How My Kids With Chrissy Teigen Adjusted to New Baby
You Love Dolly Parton’s Music, but Have You Read Her Books?
END_OF_DOCUMENT_TOKEN_TO_BE_REPLACED

Grandma is grateful! Kris Jenner is happy that her newborn grandson, Saint West, is finally here. The Keeping Up With the Kardashians matriarch opened up about the little one and how Kim Kardashian is feeling post-birth while attending the Hollywood Reporter‘s 2015 Women in Entertainment Breakfast on Wednesday, Dec. 9.

Kris Jenner Through the Years

“I love the baby name. It’s amazing,” Jenner, 60, gushed to Us Weekly and other reporters. “He’s definitely a saint. It’s perfect.”

Kardashian, 35, and Kanye West welcomed their second child together on Saturday. Saint weighed in at 8 pounds, 1 ounce, and is already back home (which, for now, is Jenner’s Calabasas house) with his big sister, 2-year-old North West. 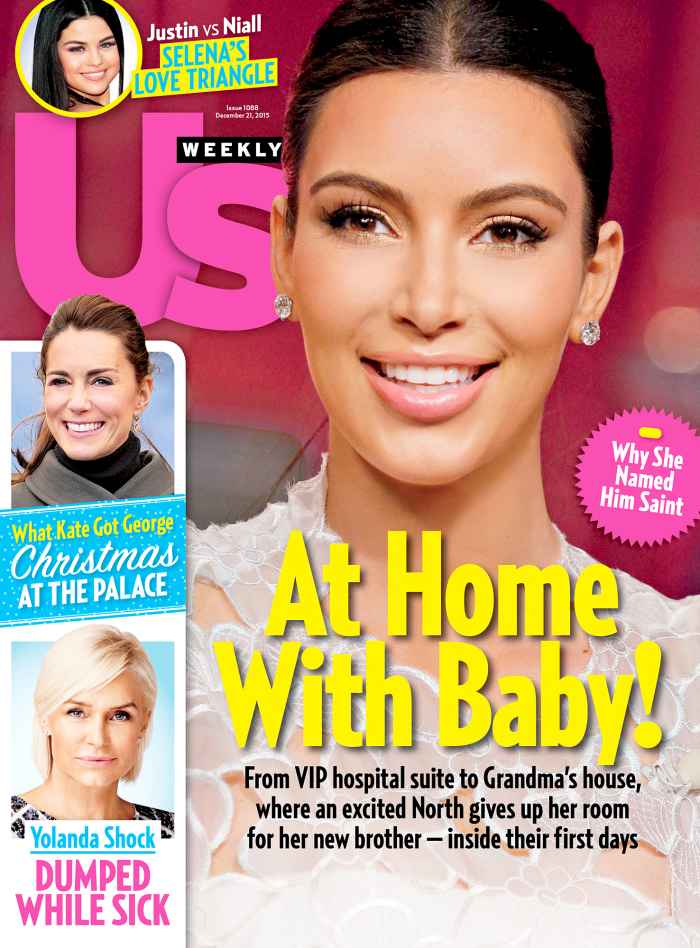 Kardashian is also resting comfortably after having such a tough pregnancy. (Last month, she had a painful procedure to move Saint out of the breech position.)

“She was amazing. I mean, she’s a really strong girl — a little cranky when she gets uncomfortable — but other than that, she’s amazing,” Jenner told Entertainment Tonight on Wednesday.

“She’s doing great right now. I think she’s happy that part of it is over, and he’s here,” she added to Us. “And he’s healthy and everybody’s good and all tucked in at home. So we’re good.”

For more details on Kardashian’s life as a mom of two, pick up the new issue of Us Weekly, on stands now!

Jessica Simpson 'Felt Like a Call Girl' Amid Secret Affair With Movie Star
John Legend: How My Kids With Chrissy Teigen Adjusted to New Baby
You Love Dolly Parton’s Music, but Have You Read Her Books?
END_OF_DOCUMENT_TOKEN_TO_BE_REPLACED