WATCH: Surprise! @feldmike, Vale and Charley made a visit to Studio 1A this morning! pic.twitter.com/L65JiBBBl8

Guthrie’s baby boy was a special guest on the morning program, unbeknownst to her cohosts. Guthrie, 45, was in on the surprise, while colleague Carson Daly gave some clues to the other coanchors. 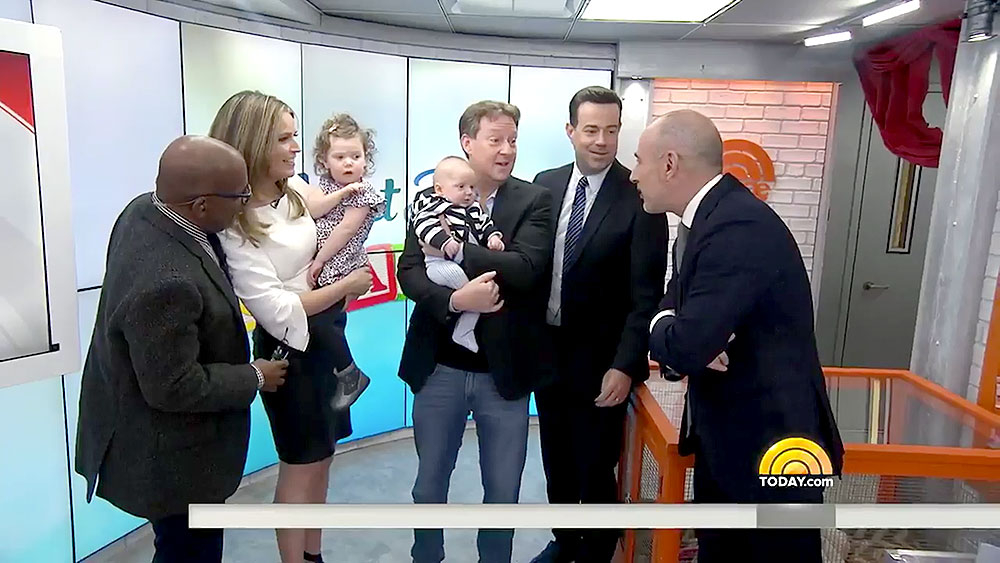 Guthrie’s husband, Mike Feldman, then brought out little Charley to see everyone. The couple’s adorable daughter Vale, 2, walked alongside her dad and was all smiles when the family later posed for photos.

“So, who here was actually surprised?” Guthrie asked. “Just Al [Roker]. I think I spilled the beans to Matt [Lauer] this morning.”

Guthrie, who returned to Today this week following her maternity leave, welcomed Charley in December. He weighed in at 9 pounds, 8 ounces, and measured 21.5 inches. “We are so grateful. Blessings overflow. Along with tears of joy,” she tweeted at the time.

Guthrie and communications strategist Feldman, 48, tied the knot near her hometown of Tucson, Arizona, in March 2014.

Watch the cute video above!