A supernatural encounter. Bobby Brown’s new tell-all memoir is jam-packed with anecdotes about his life with late wife Whitney Houston and daughter Bobbi Kristina Brown, but it also includes the shocking tale of a paranormal experience. 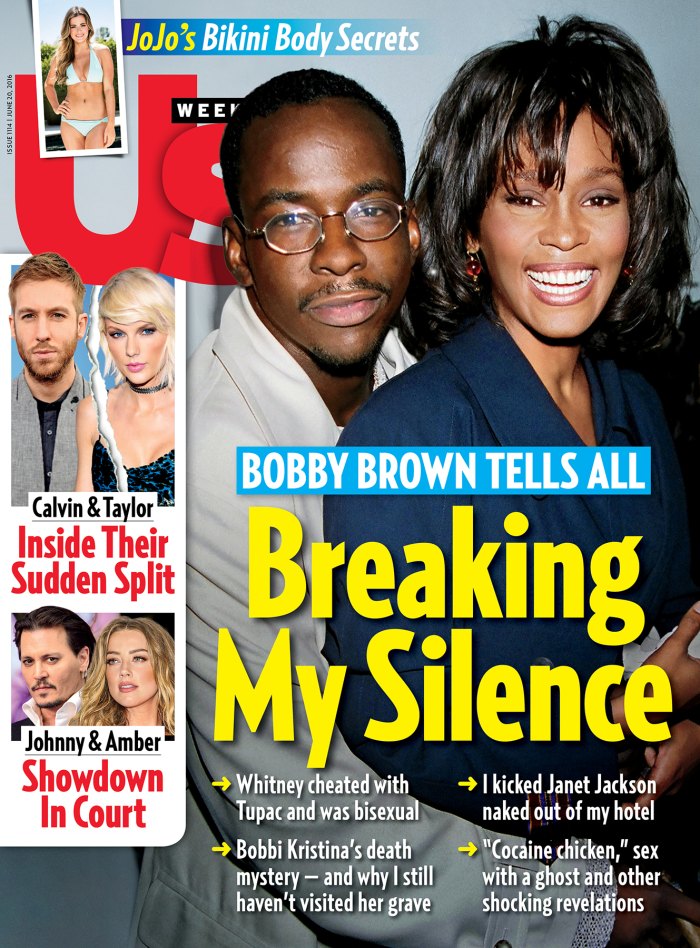 “I sensed that a lot of evil s–t had gone down in that house while Thevis lived there,” he writes. “To this day I believe that house was haunted. … We would often see white women walk down the hallway. … One memorable night, one of the ghosts descended from the ceiling and had sex with me. After you stop laughing, I need you to hear what I’m saying because I’m not making this up. And let me add this: This was before I ever touched any drug besides weed and alcohol.”

The “My Prerogative” entertainer continues: “In my bedroom I had a big round bed with a mirrored ceiling looming above. I always slept in the nude, so one night I woke up to the sensation of a woman on top of me. I looked up and in the mirrors I could actually see a white woman straddling me on the bed. The sensation felt exactly like sex — I could feel my penis inside of her and everything. It was not a dream; I was definitely awake while it was happening. All of the sudden, she was gone — leaving me alone and incredibly excited and terrified at the same time.”

In the new issue, Brown also opens up to Us exclusively about Janet Jackson and Madonna, why he hasn’t visited Bobbi Kristina’s grave yet and confirms longstanding rumors that Whitney was bisexual.

PHOTOS: Most Shocking Celebrity Deaths of All Time

The “Don’t Be Cruel” crooner tells Us that his late wife, who died in February 2012, did indeed have a same-sex romance with her best friend and assistant, Robyn Crawford. “We were married for 14 years. There are some things we talked about that were personal to us,” he explains, adding, “I am a man and she was attracted to me!”

Pick up the latest issue of Us Weekly, on newsstands now, for more from our exclusive interview with Brown and additional excerpts from his tell-all memoir.