Say goodbye to your dreams of an Emma Watson selfie to post on social media. You might get something even better if you run into the Beauty and the Beast actress, though. Watson revealed why she no longer takes photos with fans and how she struggled with self-doubt as her Hermione days were coming to a close in her new cover story for the March issue of Vanity Fair.

During the last few premieres of the Harry Potter franchise, circa 2011, the now 26-year-old actress felt a disconnect with her Hollywood life. “I’d walk down the red carpet and go into the bathroom,” she told the magazine. “I had on so much makeup and these big, fluffy, full-on dresses. I’d put my hands on the sink and look at myself in the mirror and say, ‘Who is this?’ I didn’t connect with the person who was looking back at me, and that was a very unsettling feeling.”

She attempted to have a normal life by enrolling at Brown University in 2009, and admitted that she considered giving up acting for good. “I was finding this fame thing was getting to a point of no return,” she said. “I sensed if this was something I was ever going to step away from it was now or never.”

The British beauty, who nabbed the part of Hermione when she was just a child, isn’t one to back down from a challenge, though. “I’ve been doing this since I was 10 or 11, and I’ve often thought, I’m so wrong for this job because I’m too serious; I’m a pain in the ass; I’m difficult; I don’t fit,” she said. “But as I’ve got older, I’ve realized, No! Taking on those battles, the smaller ones and the bigger ones, is who I am.” 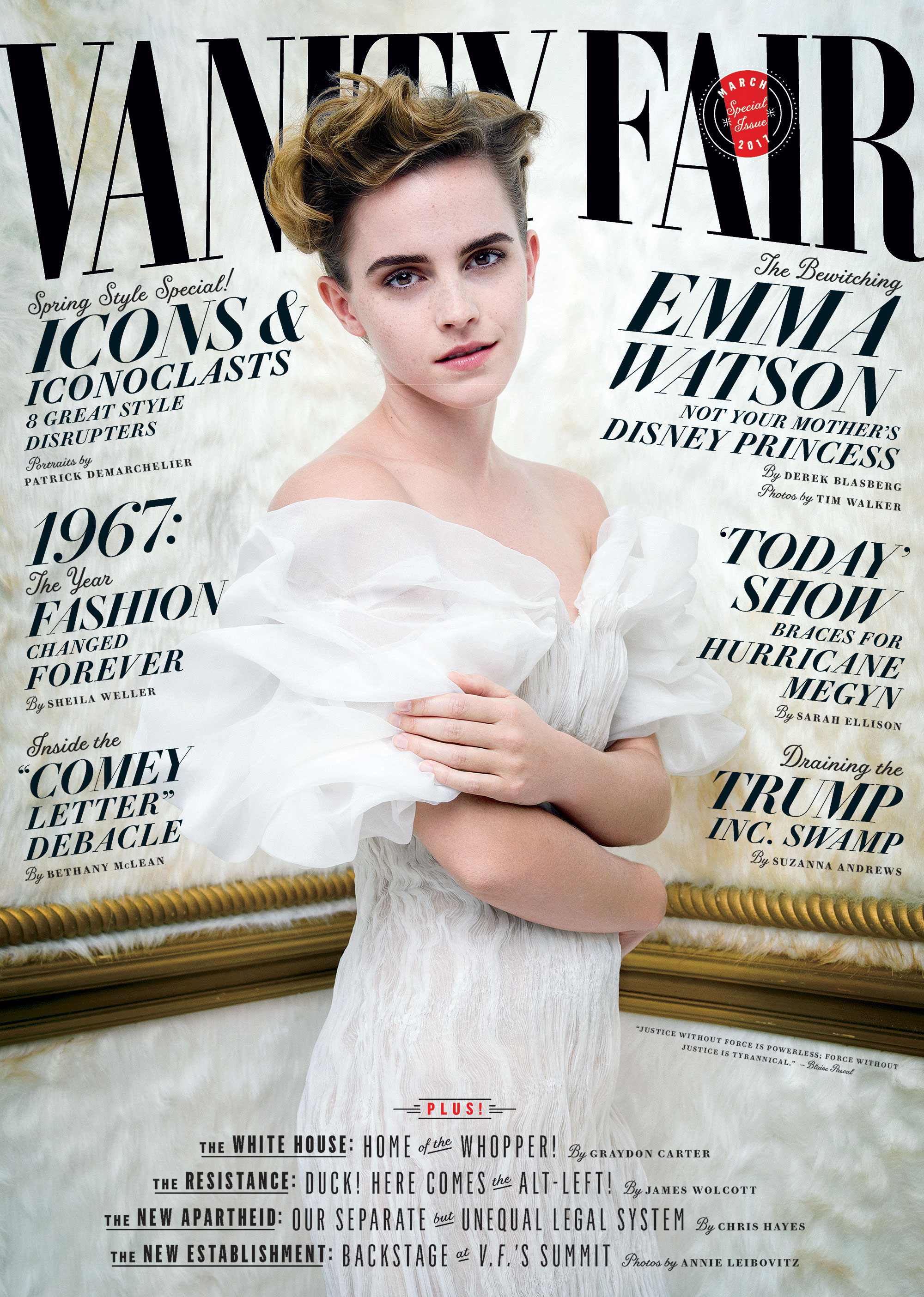 Watson recently implemented a no-photos policy to help her deal with her massive stardom. “For me, it’s the difference between being able to have a life and not. If someone takes a photograph of me and posts it, within two seconds they’ve created a marker of exactly where I am within 10 meters,” she told Vanity Fair. “They can see what I’m wearing and who I’m with. I just can’t give that tracking data.”

Instead, she will offer an autograph or a few minutes to chat. “I’ll say, ‘I will sit here and answer every single Harry Potter fandom question you have, but I just can’t do a picture,’” she said. “I have to carefully pick and choose my moment to interact … When am I a celebrity sighting versus when am I going to make someone’s freakin’ week? Children I don’t say no to, for example.”

It’s using the same logic that Watson refuses to comment on her boyfriend, William “Mack” Knight. “I want to be consistent: I can’t talk about my boyfriend in an interview and then expect people not to take paparazzi pictures of me walking around outside my home. You can’t have it both ways,” she said. “I’ve noticed, in Hollywood, who you’re dating gets tied up into your film promotion and becomes part of the performance and the circus. I would hate anyone that I were with to feel like they were in any way part of a show or an act.”

The U.N. Women Goodwill Ambassador picks and chooses her projects very carefully — and she knows when she needs a break from the limelight. “There have been hard moments in my career when I’ve had an agent or a movie producer say, ‘You are making a big mistake,’ ” Watson says. “But what’s the point of achieving great success if you feel like you’re losing your freakin’ mind? I’ve had to say, ‘Guys, I need to go back to school,’ or ‘I just need to go home and hang out with my cats.’ People have looked at me and been like, ‘Is she insane?’ But, actually, it’s the opposite of insane.”