He struggled to put his thoughts into words. After Josh Duhamel told Us Weekly during an April 4 phone interview that what makes him happiest is “seeing my wife and my boy together,” the reporter asked about the best part of being married. “It’s a loaded question,” the actor, wed to singer Fergie since 2009, noted. “A relationship starts one way, even when you get married, and it goes through a whole evolution — ups and downs and back-ups.” Over the years, though, he surmised, that roller coaster continues climbing. “It only gets better,” he concluded. “You have to go through stuff.”

But 2017 delivered a devastating drop. On September 14 the Transformer: The Last Night actor, 44, and the eight-time Grammy winner revealed to Us in a statement that they had separated “earlier this year,” adding, “we wanted to keep this a private matter before sharing it with the public.”

The news stunned fans. Just six days earlier, the 42-year-old “M.I.L.F. $” singer had raved about her sex life in a radio interview on Cubby and Caroline in the Morning, revealing she had a locked closet of “mature” costumes: “I run around my house like I’m a ninja pirate or I’m Supergirl meets Batgirl.” And Duhamel, whose teacher mom Bonnie and advertising salesman dad Larry split when he was young, has insisted divorce was “the last thing he wanted” for himself. 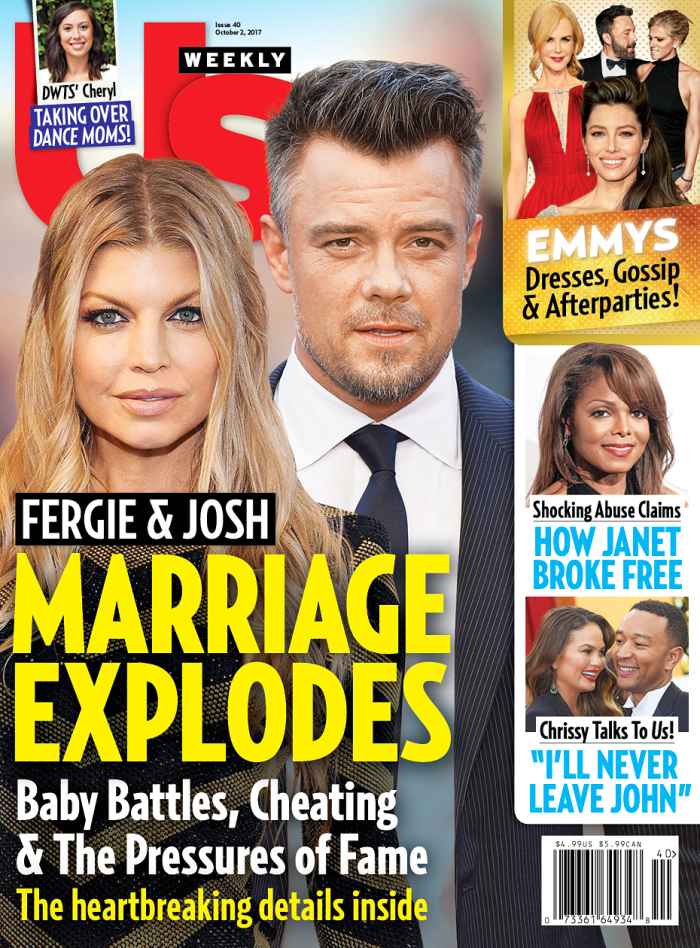 But pals say it was inevitable. “Friends have been expecting them to split for a while now,” one source close to the parents of 4-year-old Axl reveals in the new issue of Us Weekly. The problem, says the source, is the Minot, North Dakota-raised actor (he played quarterback for his hometown college) and the reformed L.A. party girl — she’s copped to developing a drug problem while performing with ‘90s trio Wild Orchid — “are just too different. Josh is a normal guy and Fergie wants to have this Hollywood celebrity lifestyle. They just grew apart.”

As recently as January, the couple of 13 years were desperately trying to keep it together. After the holidays, an insider revealed at the time, the pair were trying to make good on their plan to give Axl a sibling. “There’s been a lot of talk about expanding the family this year,” says the insider. “They are hoping to have a baby in the near future.”

Instead they birthed more arguments. Though the pop star told Us in 2014, “We definitely want another,” a Duhamel pal says she “wasn’t as into it” as him. While the oldest of four, “has always wanted a big family,” notes the source, “that lifestyle is something that isn’t a priority for Fergie. She came from divorced parents and didn’t have as normal of a childhood as Josh did.”

So as Duhamel stressed over recreating his Midwestern upbringing for Axl — “He tries very hard to make sure he’s brought up as normal as possible,” says the source — he’d get annoyed when Fergie didn’t follow suit. “He felt she wasn’t doing normal mom activities,” explains the source, “an that made Josh frustrated.”

For more on the pair’s split — and how they plan to coparent Axl — pick up the new issue of Us Weekly, on stands now!