Duchess Kate Reportedly Uses This Natural Alternative to Botox — 31% Off!
Jennifer Aniston’s Facialist Compared This Mascara to Having Lash Extensions
Grab One of the Best Deals on Apple AirPods in Years — 50% Off!
END_OF_DOCUMENT_TOKEN_TO_BE_REPLACED

She survived nearly a year in federal prison. So Teresa Giudice was confident she could make it through husband Joe’s own 41-month sentence for conspiracy and bankruptcy fraud. “Of course,” the reality star told Us weeks after the former builder reported to New Jersey’s Fort Dix Correctional Institution in March of 2016. “I think strong is my middle name.”

By December, the Bravo personality had settled into a routine with daughters Gia, 16, Gabriella, 12, Milania, 11, and Audriana, 7. Every week, Teresa made the 90-mile trek from their six-bedroom Montville Township, New Jersey home, to visit Joe, bringing the girls “usually every other week,” says a Teresa insider. “And they talk on the phone several times a day.”

Before They Were Real Housewives!

To maintain a sense of normalcy for the girls, adds the insider, Teresa fills their days with activities: “They’ve adjusted to life without Dad in the house. Teresa has them all stay busy to keep them distracted.”

She found an extracurricular for herself as well. Sources claim in the new issue of Us Weekly that the 45-year-old Real Housewives of New Jersey star has embarked on a romance with a New Jersey businessman. A Teresa insider adds that the Turning the Tables author “hasn’t visited Joe in prison for a few months.”

Teresa’s close pal turned adversary Kim DePaola insists the dalliance has been going on at least as long. “They’ve been pretty cozy I’m going to say in the last five months,” she tells Us. But the owner of Posche by Kim D doesn’t blame Teresa for her actions. Noting Joe, 45, has been accused of stepping out multiple times — claims both he and his wife of 18 years have denied — she tells Us, “I think Teresa has every right to go out and find somebody else. She should leave Joe.”

Teresa’s attorney, James J. Leonard Jr., Esq tells Us his client “vehemently denies these allegations. They are 1,000 percent false and have been manufactured by attention-seeking lowlifes who have no moral compass. The only man in Teresa’s life is Joe Giudice. Period. End of story.” 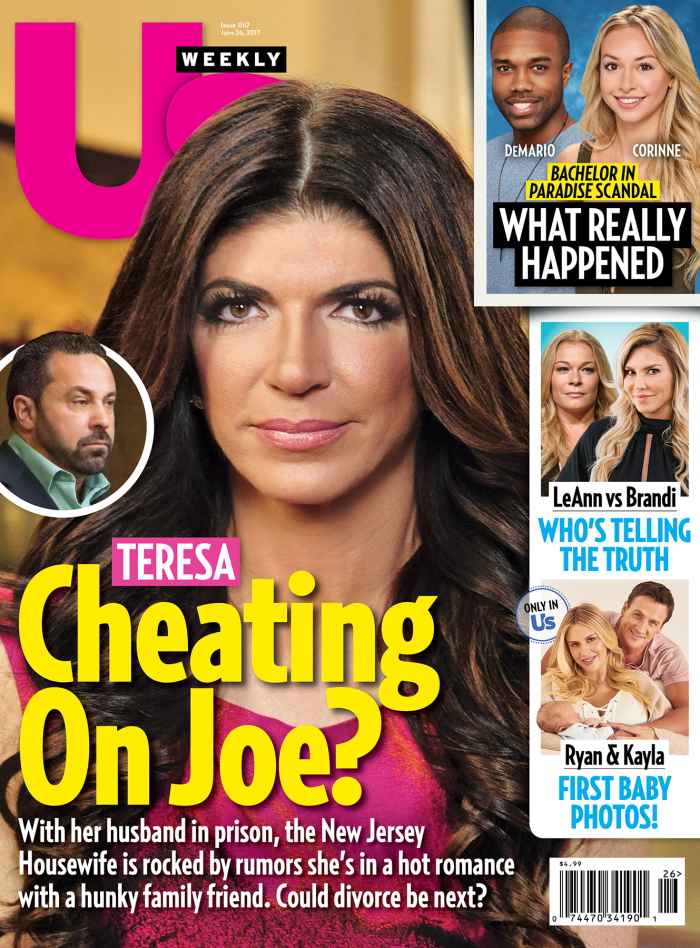 But DePaola tells Us she learned of the relationship from two separate people. “She should be with somebody else,” the business owner insists. “She should divorce Joe.”

For more on Teresa’s alleged romance — and how DePaolo told the cast — pick up the new issue of Us Weekly, on stands now!

Duchess Kate Reportedly Uses This Natural Alternative to Botox — 31% Off!
Jennifer Aniston’s Facialist Compared This Mascara to Having Lash Extensions
Grab One of the Best Deals on Apple AirPods in Years — 50% Off!
END_OF_DOCUMENT_TOKEN_TO_BE_REPLACED