She was always the one! Jamie Bell has revealed that he knew early on in his relationship with now-wife Kate Mara that he wanted to marry her.

The Man on the Ledge actor, 31, told ES Magazine for his latest cover story, “There was an instant connection, like we’d known one another forever. It was obvious very quickly that we were going to get married.” 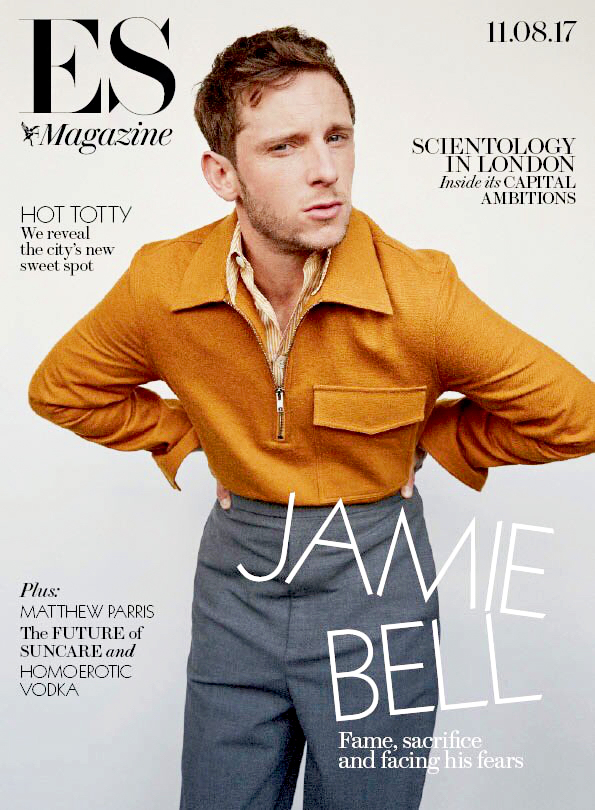 Mara, 34, and Bell worked together on 2015’s Fantastic Four, in which they played Sue Storm and Ben Grimm, respectively, but they actually met long before they were costars. In fact, they had to lock lips during a screen test 10 years prior!

“We did a screen test together and we had to kiss and it was very — I had to kiss many guys that day for the screen test,” Mara said of their romance during a May 2017 appearance on Watch What Happens Live. “We fell in love on the [Fantastic Four] press tour.”

The couple confirmed they got married in Los Angeles in July. Bell was previously married for two years to actress Evan Rachel Wood, with whom he shares a four-year-old son, before splitting in May 2014.

“I never watch any of the movies I’ve done. I never take any of it that seriously, but without question the thing I’m proudest of achieving is my son,” Bell told the magazine about fatherhood. “I’m obsessed. Every moment I spend with him I fall a little bit more for him. It’s almost kind of painful, that thing when you are falling into something so unconditionally.”

The British actor and Wood “thankfully” get along and continue to coparent as a team.

“As kids from divorced parents we understood very quickly the importance of maintaining a good relationship,” Bell said. “I think that is also a generational thing: we learned from our elders that it’s better if you have to share a space with someone to be able to look them in the eye. If you succeed, the kid succeeds.”