Your Horoscope: What’s in Store for You This Week!
‘Good Morning America’ Anchor Amy Robach Has Worked Hard For Her Money: Find Out Her Net Worth
Rob Kardashian’s Weight Loss Photos Through the Years Will Have You Rooting for Him
END_OF_DOCUMENT_TOKEN_TO_BE_REPLACED

While Kim Kardashian grew up with an extremely close bond to her famous siblings, her 4-year-old daughter, North, isn’t exactly on the same track yet. “I don’t know if it’s because she’s the older sister, I don’t know what it is. I thought it was a phase. She does not like her brother,” Kardashian, 36, explained while guest-cohosting Live With Kelly and Ryan on Monday, August 28. “It’s so hard for me. I thought it was like OK, a couple of months, she’s just warming up to it. She gets so jealous when I would breast feed and all that kind of stuff. Now the phase isn’t going away.”

Kardashian explained that North has a well thought out strategy for claiming her mom’s attention. “Her thing is she thinks she’s outsmarting me. She’s like, ‘We’re having a tea party mom. No boys allowed. Dad can’t come too then,” she explained. “And she’ll just slam the door on her brother’s face. He’ll just start crying.”

Total eclipse of the heart

Still, her 20-month-old son is able to find his own amusement from his sister’s rejection. “When they both are standing there, he likes to imitate her now, so if she’s crying he’ll just start fake crying,” Kardashian explained. “I’m like ‘One of you! I can’t pick up both of you!” 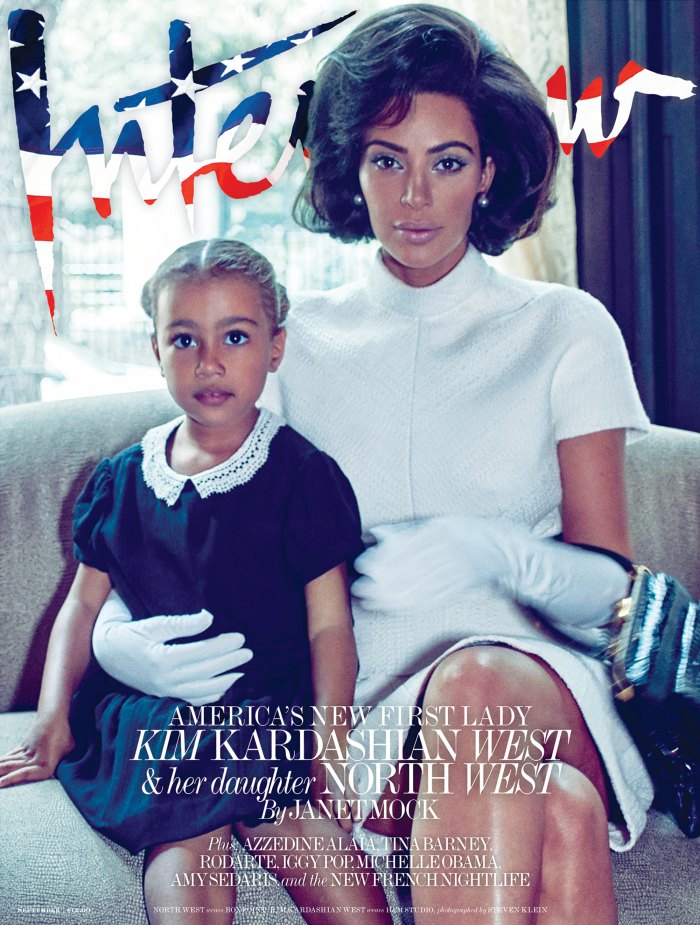 Kardashian and North, who she shares, along with Saint, with husband Kanye West, posed for the little one’s first magazine cover in the new issue of Interview magazine. In the images released on Monday, the Selfish author channeled late first lady Jackie Kennedy Onassis as North posed with her in coordinating outfits.

Your Horoscope: What’s in Store for You This Week!
‘Good Morning America’ Anchor Amy Robach Has Worked Hard For Her Money: Find Out Her Net Worth
Rob Kardashian’s Weight Loss Photos Through the Years Will Have You Rooting for Him
END_OF_DOCUMENT_TOKEN_TO_BE_REPLACED