UPDATE: Hooray! After announcing Microsoft Paint was going to be “removed and deprecated,” the company cleared up confusion and confirmed that the program is here to stay. “MS Paint is not going away,” a Microsoft spokesperson told Us Weekly in a statement. “In the future, we will offer MS Paint in the Windows Store also for free and continue to provide new updates and experiences to Paint 3D so people have the best creative tools all in one place.”

The end of an era. Microsoft announced that it may be getting rid of its beloved Paint program, and people voiced their disappointment about the app’s demise on social media.

The company said on its website that Microsoft Paint is one of its features that will be “removed and deprecated” in the new Windows 10 update for PC computers that will be released this fall. The graphics editing program, which has been around for 32 years and was part of Windows 1.0 when it launched in 1985, was officially marked as “deprecated,” meaning that it is not in active development and may be completely removed in the future. 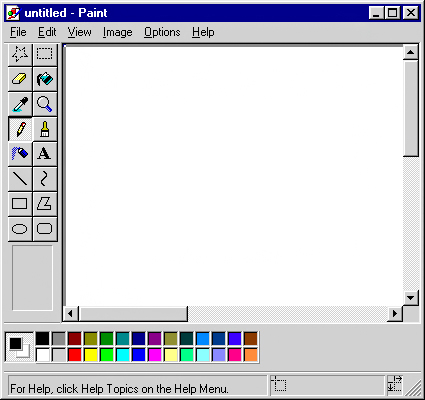 The program lets users digitally paint by dragging their computer mouse, and was a favorite program in the ‘90s for doodling. It is free and has come installed on all PC computers for decades. Microsoft later released a more sophisticated version, Paint 3D, which will still be part of the new software.

The news left people on social media feeling pretty nostalgic for the app that introduced them to computer art. “The era of Microsoft Paint is over? I’m finding it hard to brush this off,” one tweeter wrote. Another fan tweeted, “Why are they getting rid of #microsoftpaint ?!? I USE IT!! I NEED IT!!”

Others were ready to say good riddance to the old-school program. “So what if they are getting rid of Microsoft paint? Pull yourselves together, stop moaning and get a life,” one person tweeted.

See more reactions and memes below:

A candid photo of me finding out MS Paint has been killed #RIPMSPaint pic.twitter.com/Ky0ppeyTuN

Children of the future will never know the joy of spending hours doing this on Microsoft Paint #MSpaint pic.twitter.com/IY6kDxPdc4

Can we get a celeb to save Microsoft Paint like we got someone to save SoundCloud?!?! pic.twitter.com/KI4ieRYyhi

I actually still use #MSPaint on an almost daily basis. If loving you is wrong, I don’t want to be right! ❤️? #microsoftpaint pic.twitter.com/TvGdZ3VwrS