Following Christmas with the queen, Meghan Markle will enjoy a holiday with her prince. Following her three-day holiday celebration with Prince Harry and his family at Queen Elizabeth II’s 20,000-acre Sandringham estate, a source says the former actress, 36, will escape with her new fiancé, 33.

“They plan to go on vacation together for more than a week,” a source reveals in the new issue of Us Weekly. And while the insider is keeping the couple’s destination a secret, they likely won’t repeat last January’s Norwegian getaway. Teases the source, “Expect them to come back tanned, refreshed and ready to take on a very busy 2018.”

Prince Harry and Meghan Markle Are Engaged: A Timeline of Their Relationship

Topping the agenda: putting together their May vows. With a site selected — in a November 28 statement, Harry’s communications secretary announced the queen granted “permission” for the duo to use St. George’s Chapel at Windsor Castle — “wedding plans are already moving along at lightening speed,” says an insider.

Protestant practicing Markle (her retired lighting director dad, Tom, is Presbyterian, while clinical therapist mom Doria Ragland is Protestant) is making plans to be baptized and confirmed in the Church of England. And she’s already tapped close pal, stylist Jessica Mulroney, to help her find a gown that suits her self-described “pared-down” style. As she told Glamour, “Classic and simple is the name of the game, perhaps with a modern twist.”

Together, she and Harry are lining up their wedding party. Prince William and Duchess Kate’s kids, Prince George, 4, and Princess Charlotte, 2, along with Mulroney’s daughter, will have roles. And Harry has already asked William to serve as best man. “Harry has several close friends,” says a source, “but there’s no way he would ask anyone but William to take on the top job.” Among his tasks: planning with the Brits call a stag party. Notes the source, “Don’t expect anything wild.” 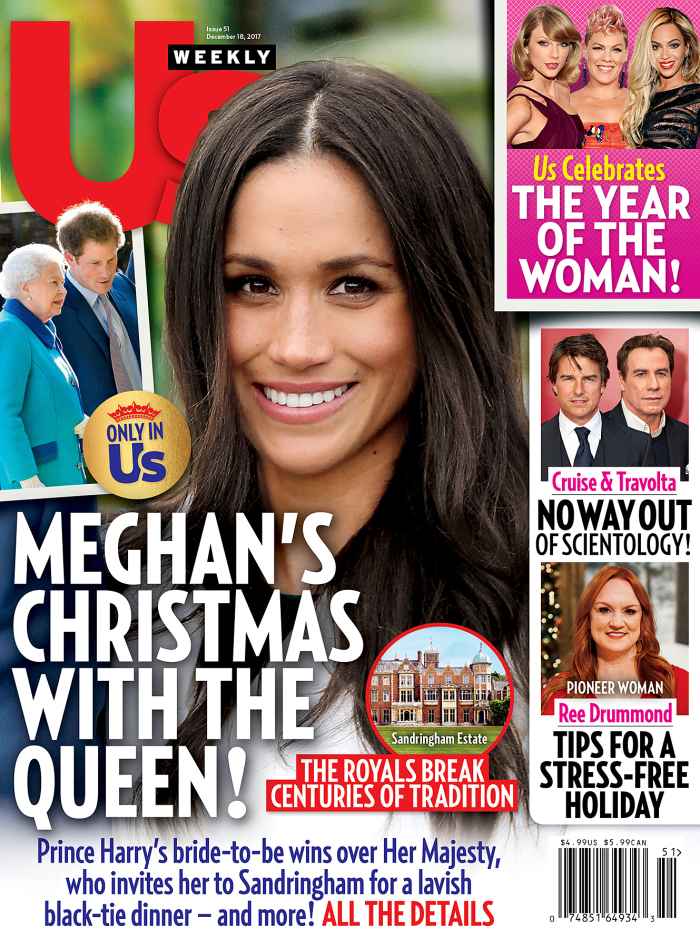 Still, the big day itself — set to be televised — will have a boisterous side, says a place aide. Harry and Markle “are totally in charge,” of plans for both the ceremony and reception (likely slated for Windsor Castle), says the aide: “It will be fun and joyful.”

Much like Markle’s current mood. Says a source of the future duchess, “The past weeks have been the best of her life.”

For more on the pair’s wedding plans — and how they will celebrate the holidays with Harry’s famous family — pick up the new issue of Us Weekly, on stands now!