Long-distance love! Prince Harry proved just how serious he is about Suits actress Meghan Markle after making a top-secret visit to her home in Toronto, Us Weekly can exclusively reveal.

With just one protection officer in tow, the 32-year-old royal kept a low profile as he caught a commercial flight to Toronto’s Pearson International Airport on October 28 for a romantic trip to the Canadian city.

“He was buzzing with excitement when he arrived,” a Harry pal tells the new issue of Us Weekly, adding that a “car was waiting at the airport so he could be driven to Meghan’s house.” 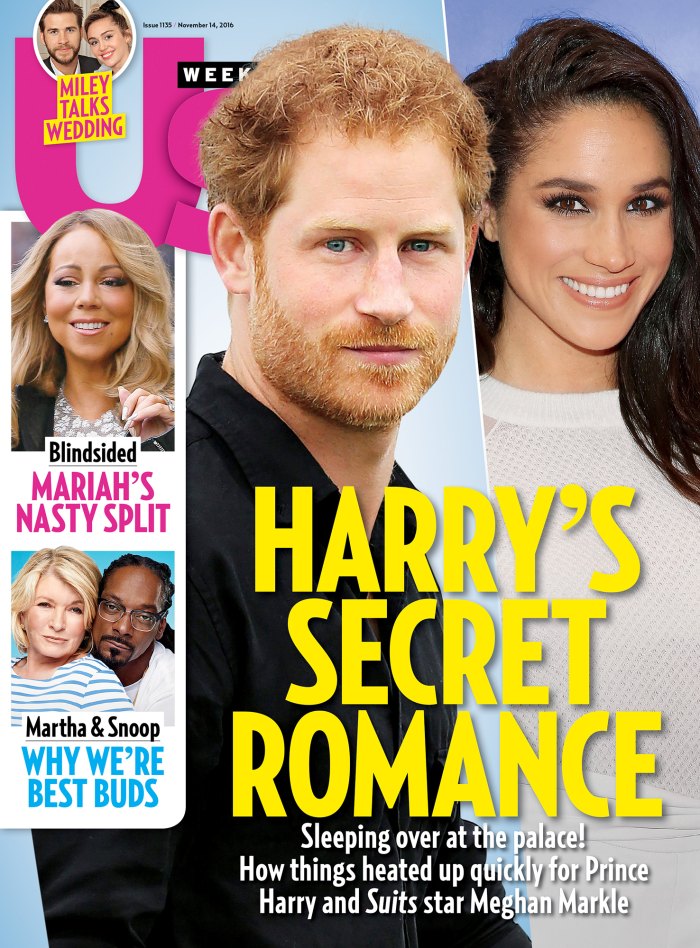 For the next several days, including Halloween night, the couple holed up inside 35-year-old Markle’s suburban pad, forgoing nights out at her favorite city spots in favor of cooking together at home and playing with her rescue dogs, Lab-shepherd mix Bogart and beagle Guy. Adds the pal, “It’s very serious.”

For the couple — who met through a mutual friend in June — the visit has been one of many transatlantic travels in their relationship. Markle quietly went on dates with Harry on trips to London in July, September and October, often sharing cryptic snaps of her British travels on Instagram.

“She’s met his closest circle of friends, and they all love her,” a source adds of the U.N. Women advocate, who has spent time with a number of his nearest and dearest, including a double date with Harry’s cousin Princess Eugenie and her love Jack Brooksbank. “It’s an exciting time.”

And while it’s too early for engagement talk, the source adds that Markle is perfect for the philanthropic prince: “Harry’s in a really good place. Being able to find his true purpose through his work and now being able to share it with someone else. Everyone is so happy for him.”

For more about the Prince’s blossoming relationship — including how he broke the news to Kensington Palace aides — pick up the new issue of Us Weekly, on newsstands now!