Jessica Simpson 'Felt Like a Call Girl' Amid Secret Affair With Movie Star
John Legend: How My Kids With Chrissy Teigen Adjusted to New Baby
You Love Dolly Parton’s Music, but Have You Read Her Books?
END_OF_DOCUMENT_TOKEN_TO_BE_REPLACED

Scott Disick and Sofia Richie continue to flaunt their new relationship by displaying lots of PDA — including a passionate kiss — and becoming Instagram official.

The lovebirds were spotted embracing each other aboard a boat on Saturday, September 23, a day after watching Travis Scott — who is expecting his first child with Kylie Jenner — perform at the reopening of LIV nightclub in Miami.

Disick, 34, also made things Instagram official by posting a sweet photo of himself nuzzling into Richie’s neck. The model, 19, posted a similar photo on her Instagram account with the couple posing with the blue sky behind them. 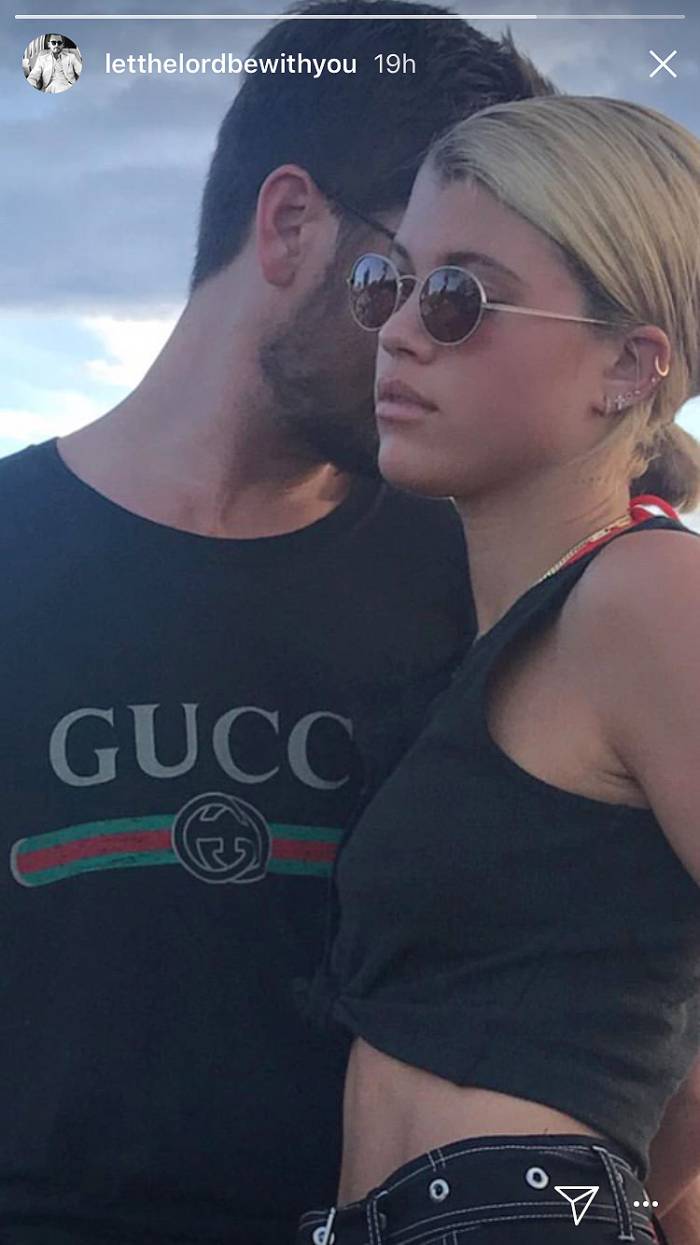 The new couple were also spotted kissing while out to dinner at Miami River hotspot Seaspice, posing in front of a plate with the words “Congratulations Scott and Sophia,” which spelled Richie’s first name wrong.

15 Times Scott Disick Was the Best Part of ‘KUWTK’

Us Weekly exclusively revealed this month that the couple — who have a 15-year age difference — were officially hooking up.

Disick, who shares kids Mason, 7, Penelope, 5, and Reign, 2, with ex Kourtney Kardashian, and Lionel Richie’s daughter had been fueling romance rumors for months, linking arms before getting dinner together in June and getting flirty aboard a yacht in the south of France as Disick celebrated his birthday in May.

While Kardashian, who is currently dating Younes Bendjima, wishes her ex the best, a source exclusively told Us Weekly, “Kourtney thinks this fling with Sofia is a little weird, but nothing shocks her anymore. Kourtney just wants Scott to be his old self. She shares three kids with him, so she’ll always want the best for him and will always make sure he’s happy.”

Jessica Simpson 'Felt Like a Call Girl' Amid Secret Affair With Movie Star
John Legend: How My Kids With Chrissy Teigen Adjusted to New Baby
You Love Dolly Parton’s Music, but Have You Read Her Books?
END_OF_DOCUMENT_TOKEN_TO_BE_REPLACED